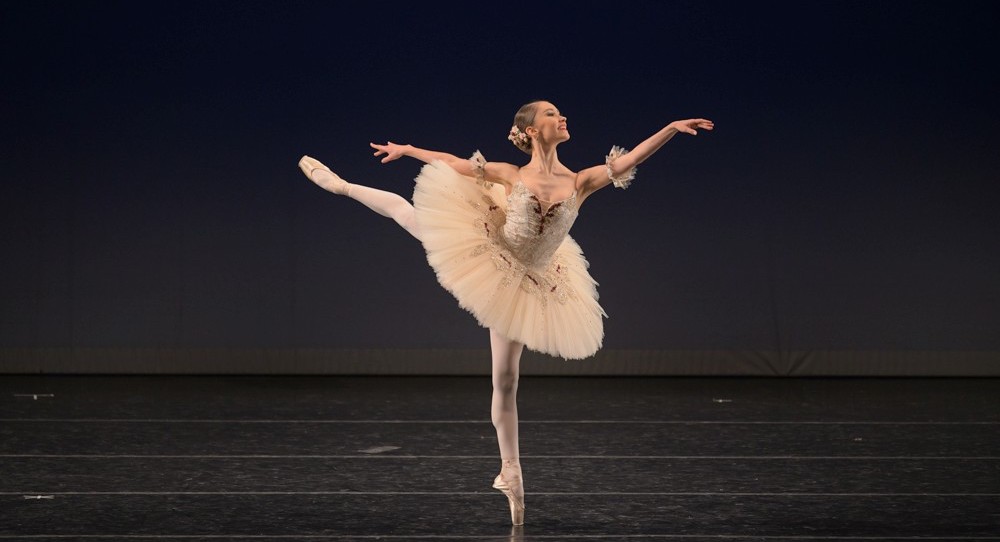 The world’s largest non-profit international student ballet competition Youth America Grand Prix (YAGP) 2020 Finals, New York, is fast approaching. This April will bring to the stage some of the world’s most talented future artists. This prestigious competition is an experience that presents the chance to win and receive scholarships and contracts, offered by some of the world’s most desirable ballet schools and companies.

2019 witnessed Australia’s Grace Carroll win the Senior Women’s age 15-19 category with her. She brought effortless stage presence, distinctive grace — in style and personality — undeniable artistry and pure technique in Paquita. As a former student of the Tanya Pearson Academy in Sydney — under the direction and coaching of The Australian Ballet’s former Principal Ballerina Lucinda Dunn (OAM) and contemporary teacher Adam Blanch — her win presented her with full-year placements at; the San Francisco Ballet School, Princess Grace Academy of Classical Dance in Monaco, Joffrey Academy of Dance, and the opportunity to audition privately for a place at the Paris Opera Ballet School, in which she was accepted – an open door to a life-long goal.

Five months into life in Paris, we speak to Carroll about her experience at YAGP, living in Paris and tips for those competing and/or aspiring to compete at YAGP in the future.

Grace, describe your training and preparation before competing and winning YAGP 2019?

“I actually remember only having about three weeks of intense preparation before heading to YAGP Finals. I had been travelling overseas for almost a month before. So it wasn’t a huge amount of time to prepare, but I felt that by the time I had arrived in New York, I was ready.”

Can you recall your initial impression of the competition and the international exposure it offers?

“I recall feeling quite overwhelmed! It was a little scary to think about how many important people were watching and I wasn’t exactly used to that kind of exposure. But by the end of the week, and having performed on the stage of the Lincoln Center, I had acclimatised to the notion.”

What went through your mind when you were announced as the winner of your age group?

“To be honest, I didn’t really believe it. I don’t think it properly sunk in until I got back home! It was definitely a great reward after lots of hard work and a couple of previous setbacks. I remember it being a very very exciting day, with lots of amazing opportunities and feedback coming with the prize!”

What were some memorable moments from your YAGP experience? What did you take away with you?

“Definitely getting to perform in such a beautiful, big theatre in the final round. It was the first time I had performed on a grand stage like that — an inexplicable feeling that I will never forget. The nerves combined with excitement and the audience’s energy, and by the end when you take a bow, it’s just this amazing sense of accomplishment. I took away a new kind of passion for ballet and performing, and it left me eager to perform in a theatre like that again.”

How has life in Paris transpired since you moved over?

“The past five months living in Paris has been a great learning experience, filled with many ups and downs. It’s undeniably difficult to live away from your family and on top of that, moving all the way across the world to a French school, when you barely speak the language. So the past months have been a period of growth for me, to say the least. I have learnt more than I could ever imagine in a short amount of time. From the language and culture to the rich history of ballet and music in France. And of course, the classic French style of ballet. So while living here has presented its tough times (and will continue to), it is very rewarding and well worth it!”

“Some highlights have been walking in the famous Paris Opera Ballet’s ‘Défilé’ on the stage of the Palais Garnier, as well as watching the company performances, and preparing for school’s shows and demonstrations.”

For those aspiring to follow your footsteps, what advice do you have for attending YAGP, and also moving and training overseas?

“Some small advice I would give, stay true to your passion. Remember why you are doing what you’re doing. Don’t move overseas if you don’t want to or have the passion to do so in the first place, same goes for YAGP. Also to simply be kind to others! Especially in a competitive environment.”