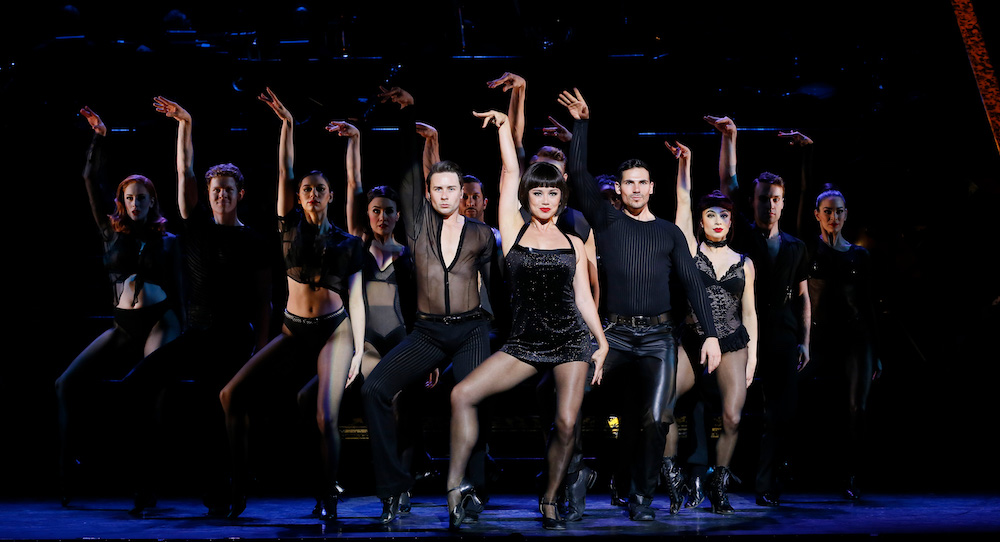 Melbourne is hosting the latest iteration of the musical Chicago produced by John Frost of The Gordon Frost Organisation, which has bought behemoth musicals such as The Book of Mormon, and Charlie and the Chocolate Factory to Australia. Starring Jason Donavan, Casey Donavan, and Natalie Bassingthwaighte, and Alinta Chidzey, this production was very slick.

For those who have missed the live stage show and the movie, Chicago follows the fate and scheming of Roxie Hart, after she murders her lover.  Roxie is sent to murderess row, a prison unit which houses other female murders, including the idolised cabaret singer and murderess Velma Kelly. Chicago is adapted from a play by journalist and playwright Maurine Watkins. In their adaptation of the play to musical, Bob Fosse, John Kander and Fred Ebb modelled each show number after a style of vaudevillian act,  making explicit the performativity of the legal system. This public facing comment on media and law remains so relevant today, it is not surprising that Chicago is now the longest-running American musical on Broadway. Fabulous choreography and original direction by Bob Fosse, which feel fresh even 32 years later, make it a very compelling work.

In this production packed with stars from Australian TV and music theatre, it is the lesser known Alinta Chidzey as Velma Kelly who is the standout.  She is sassy, delivers the dance and vocals with equal punch, and leaves us wanting more. Casey Donovan as Mistress Mama Morton brings a powerful vocal presence to this production, her voice and performance is standout, and she also hits the comedic elements well. Natalie Bassingthwaighte as the scheming Roxie holds her own. Billy Flynn, the fickle lawyer who can play a crowd, is played by Jason Donovan, who lacks the vocal energy and precision, and physical presence of the female performers. The ensemble cast truly make this show live; they fulfil many smaller character roles within scenes where they function as dramatic chorus, as well as being sensational dancers. Musical director Daniel Edmonds leads the band and has the audience cheering from the beginning.

It is a great production, full of vivacity, and Chicago itself has some brilliant music and staging, and enough intellectual gravitas to make it a great night out.