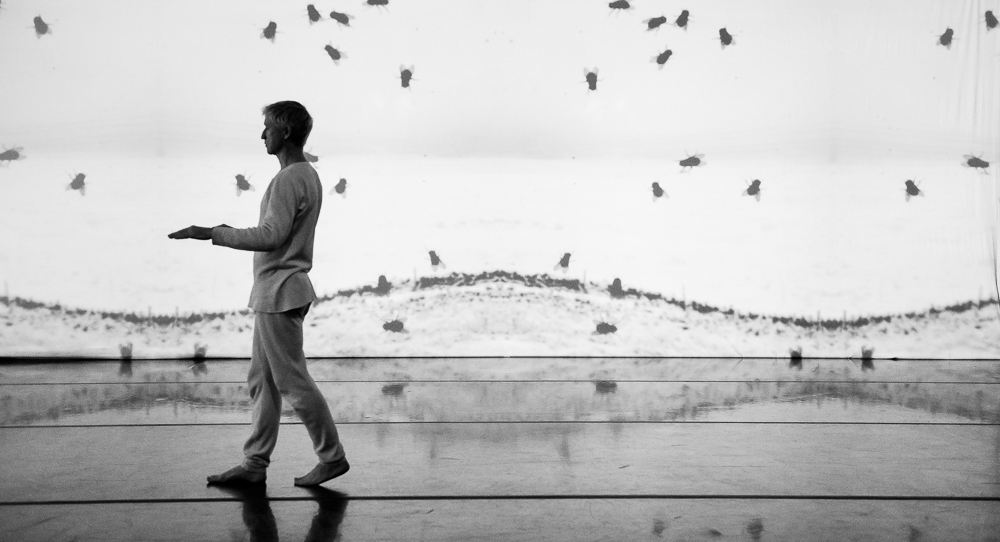 If Dancehouse’s recent Swiss Style season shows us anything, it’s that art and the impulses that drive it, like technology, offer us the possibility of transcending distance. That distance may be geographical, but more tellingly, it may also be historical, intellectual and emotional.

To see Genetrix and Sun Trip back to back is to glimpse something at the core of the art making process, and, more particularly, at the heart of the way in which dance can investigate both the universal and the particular, the personal and the social. Although it is perhaps trite to say ‘it is rooted in the body’, there is an undeniable humanism, a kind of reaching out to the other, that happens when the body is the storyteller. Thus, both works seek to draw us into realms that are at once uniquely individual and broadly cultural. In a way, both also pick at the threads of the exchange between the two, and how we negotiate that, privately and collectively.

Genetrix hones in on identity and, refreshingly, resists the reductionist, placard waving distemper that so often attaches to identity-based ideology. Rather, it teases out the complex genetic and family origins of three artists (Victoria Chiu, Rudi van der Merwe and József Trefeli), all of whom have mixed ethnic heritage and family histories that encompass war, revolution and extremism. Tellingly, all three dilute the blunt simplicities of territorial pissing and entitlement drama, and instead suggest that our mania for identity may be as much a shackle as an anchor point. Is history lesson or catechism? Is understanding origin a liberation or an entrapment? What will I do now with all this inherited weight?

Meanwhile, choreographer Perrine Valli’s Sun Trip steps back from the shore of history and plunges into the primal, the ecstatic, the sexual. Accompanied live by the snaking, trance-rock of The Sun Fast (think Sigur Rös as a psychedelic surf trio without vocals), two women move in slow, sensuous patterns, at times in sync, at others deliberately disjointed. As the blurb says, it is a ‘danced rock concert’ and, as such, taps into a slew of classic rock clichés. Yet, in doing so, it morphs adolescent sexual posing and drug references into a slow ritual that resembles a pagan fertility dance.

What both works do is find interesting ways to shift the norms of presenting contemporary dance. Indeed, both are more performance art than ‘pure’ dance. Both blend forms (film, visual art, live music and dance), and each appears to be referencing the motifs of physical, cultural and political ritual. In contrast, you could also argue that both are more modernist than post, more apt to allow space for raw feeling than to regard it simply as spectacle or commodity.

Quite what this tells us about dance in Switzerland is still unclear; except that Swiss artists are grappling with much the same questions and vexations as we in Australia. That said, Swiss Style does hint at a kind of European creative genome. The continent’s long history of war and corrupted revolutions, of alliances made and broken, show up as much in family stories as in the border-free aesthetics of certain artforms. Interestingly, the linguistic, ethnic and cultural mix that is a hallmark of Switzerland is also evident. Like the country, Swiss Style lives at an intersect — taking a helicopter view but without lapsing into a bland neutrality.

Genetrix and Sun Trip are two immensely satisfying works, each in their own way inviting us into their space and, in true performance art style, presenting us with an opportunity to fill in the blanks and imprint our own narratives onto the moving bodies on stage.