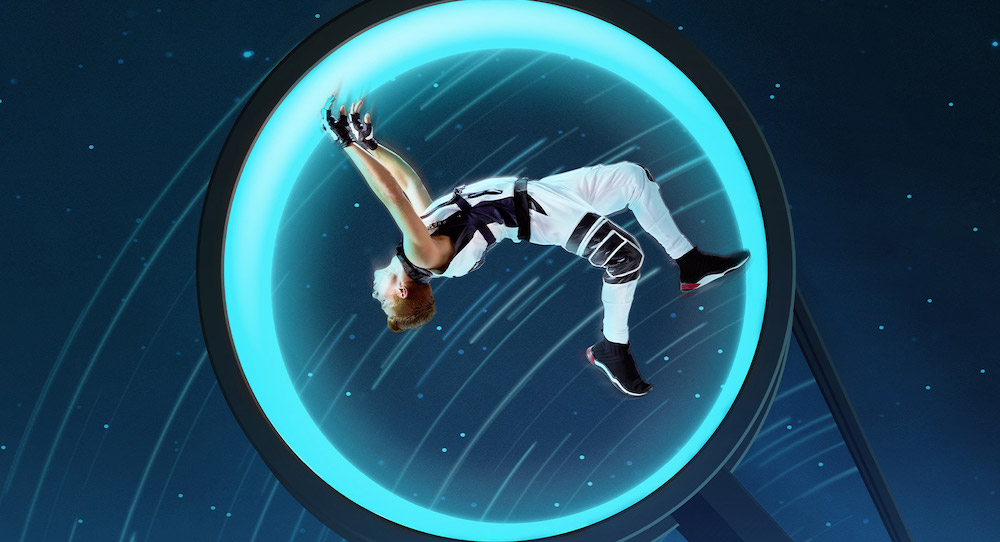 On the eve of the Sydney Opera House’s upgrade of the Concert Hall, the final performance prior to its two-year closure will be a blast off by ​Cirque Stratosphere ​celebrating the historically transforming power of the original 1969 moon landing. Stand aside for the countdown.

10. Stratosphere will be a giant leap into the entertaining world of Mission Control, omega watches, silver pantsuits, velcro, microwaves and other elements of 1960-70s futurism. The Sydney Opera House will be transformed into the Funkadelic Mothership on December 24-29.

9. Cirque Stratosphere ​is the latest production from The Works Entertainment Group, responsible for such box office smashes as ​The Illusionists 1 and 2, Le Noir, The Unbelievables and​ Circus 1903​. This Melbourne-based circus company has been taking its heady mix of high concept circus, death defying stunts, mysterious and uncanny magic, and razzle dazzle production values to audiences around the world.

8. This stratospheric rise over the past 11 years has resulted in the company, originally founded by Tim Lawson and Simon Painter, being quietly acquired by the leading circus behemoth — Cirque du Soleil. For Olivia Ansell, Sydney Opera House’s head of Contemporary Dance and Physical Theatre, the Opera House was keen to collaborate with The Works Entertainment Group again, as it was the breakout show, ​The Illusionist​, at Sydney Opera House that started its meteoric rise. Ansell says, “The rest is history really because they produced ​The Illusionists,​ they toured the country and then went on to tour around the world and then developed different iterations.

7. According to Neil Dawes, director and creator of Stratosphere, the show’s inspiration comes from 2019 being the 50th anniversary of the moon landing. “I was noticing that the historic importance of the original moon landing was really resonating with everyone, so that became the overarching theme of the new show.”

6. Stratosphere​ will be a swansong of sorts, as it will be one of the last major performances in the Sydney Opera House Concert Hall before it undergoes major renovations over the next two years. According to Ansell, “There has never been a circus show in the Concert Hall of that scale. When they realised that the Concert Hall would be soon closed for two years, we thought, ‘Why not do a swansong season with ​Stratosphere​ in the round with a whole bunch of impressive aerial acts, including the wheel of death and really have an all out extravaganza?'”

5. According to Ansell, the great thing about ​Stratosphere​ is that it brings the extravagant death-defying circus acts into the Opera House’s magisterial surroundings but also intergrates it into a dramatic narrative arc. “The great thing about ​Stratosphere​ is each act is moulded into one really rich, contemporary theme,” she notes. “There will be all the expected circus performances like the hand-to-hand and duo skaters and the Russian barre, but they’ll all be woven into the narrative of the show so that it is about the stratosphere and how space has entered into our everyday lives since then.”

4. Audiences will be treated to a great set design, which is reminiscent of the original Mission Control. This is a huge undertaking for the Opera House’s original confined spaces, as Ansell says, “They’ll spend several days building the structure, and for that kind of rigging to occur, you can only imagine the demands so that the whole thing can comfortably fit together. A performance such as this requires absolute precision, with nothing left to chance. Some of the best technical crew in the business will be working to transform the Concert Hall into a giant Circus experience. It’s really important when you take full shows like this that everything is exactly right: lighting, staging, any camera work. It all has to be exact because it’s all highly nuanced.”

3. And it’s not just for children; it’s something thrilling and exciting for the whole family. The musical score has been composed by Neil Dawes. While it won’t be ​Star Wars​ or ​2001 A Space Odyssey, ​it promises to be epic, rousing music that speaks to the narrative.

2. Stratosphere Sydney gigs over Christmas will be the highlight of the closing 2019 performance calendar. The shows tour begins with a season in Canberra Theatre Centre before it comes back to the Sydney Opera House on Christmas Eve and then makes its way to Melbourne Arts Centre in the 2020 New Year.

1. Dance Informa spoke to Cirque Stratosphere artist Felice Aguilar, who performs a nuanced “spinning art” segment.​ “I’m playing ​Mrs Armstrong, the wife of the first man on the moon,” she explains. “And I’m at home listening to the fate of my husband via the television broadcasts. As a dancer, I love that this story has such an emotional impact. Telling the story with my performance art, which I call ‘spinning art’, where I execute acrobatics on a spinning plate, and hopefully I can let some sparks fly to the audience as well.”

Cirque Stratosphere will be presented at the Sydney Opera House from 24 – 29 December. For tickets and more information, visit www.sydneyoperahouse.com/events/whats-on/circus-and-magic/2019/cirque-stratosphere.html.