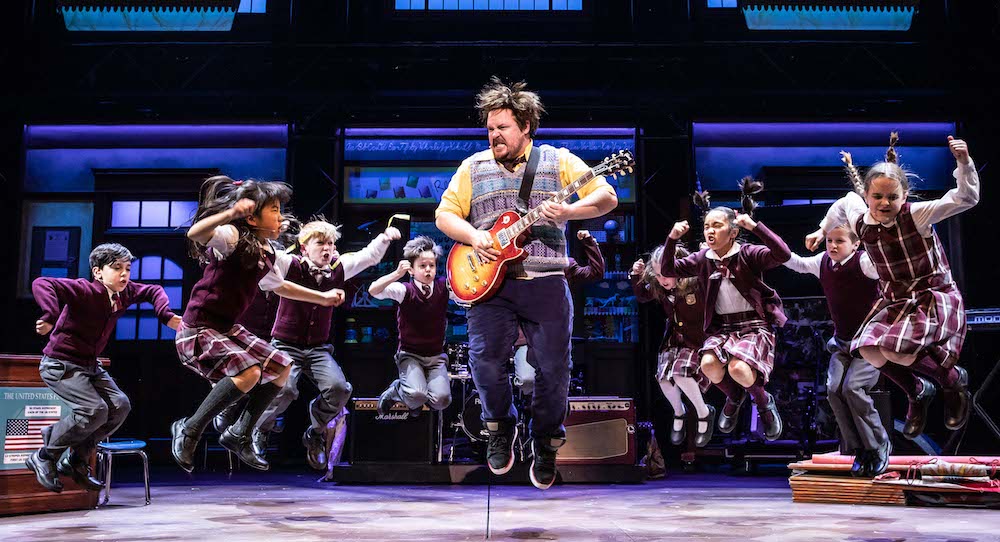 Andrew Lloyd Webber’s irresistible rock musical, School of Rock, is set to rock the Capitol Theatre, Sydney this November. The Age newspaper said of the recent Melbourne season, “You won’t leave without a smile on your face, and your kids will love you forever if you take them.”

School of Rock features 30 young people between the ages of nine and 13, who are all exceptional musicians, actors and dancers. Amongst these triple-threat tweens are 10-year-old Joel Bishop and 13-year-old Sabina Felias. Bishop and Felias were chosen from hundreds of hopefuls to join the Sydney cast. Dance Informa caught up with them to find out more.

Felias, from Newport, NSW, who has been dancing since she was four, is playing Tamika in School of Rock. She says she feels lucky to have the gift of being a performer. “I would like to make the best of this gift of mine and use it for my future musicals if given the chance. This has always been my dream.”

Felias says she admires performer Lea Salonga, famous for playing Kim in Miss Saigon, Eponine in Les Misérables, and the voice of both Princess Jasmine and Mulan. “She received a Tony Award for Best Actress for her role as Kim in Miss Saigon,” Felias points out. “I love how she has performed in many musicals and how she made history for becoming the first Asian actress to receive a Tony Award.”

Rock and roll is often seen as being about breaking the rules. Felias thinks it’s healthy to break the rules sometimes. “In my opinion, I think it is healthy to break some rules every now and then. We do not always have to conform to what other people think is proper.”

Bishop, from Cronulla, is playing Mason. The young performer says he is a generally not a rule breaker. “This show has been so much fun because I don’t really break rules; I’m generally a rule follower. I love how Dewey wants to follow his dreams and is happy to be a little bit crazy and break the rules. The classroom scenes are always funny when Ms Mullins comes along, as I have to pretend that we are all doing the right thing in class.”

He continues, “My favourite actor is Zac Efron. I think we are very similar as he loves acting and sport just like me. I really love his movies like High School Musical. He is a young actor who I have met and he wrote a special message to me about following my dreams and achieving whatever I want to be.”

For Bishop, the best part about performing “is that it is so much fun! I love playing my character, and when the crowd goes wild, it gives me a huge buzz.”

He has been studying singing and dance at his school and is especially inspired by Queen. “I admire Freddie Mercury and the band Queen. Freddie Mercury believed in his band, and he never ever gave up on his dream of becoming an amazing performer.”

School of Rock will be at the Capitol Theatre in Sydney from 8 November, and in Adelaide in March 2020. For tickets or to find out more, visit au.schoolofrockthemusical.com.