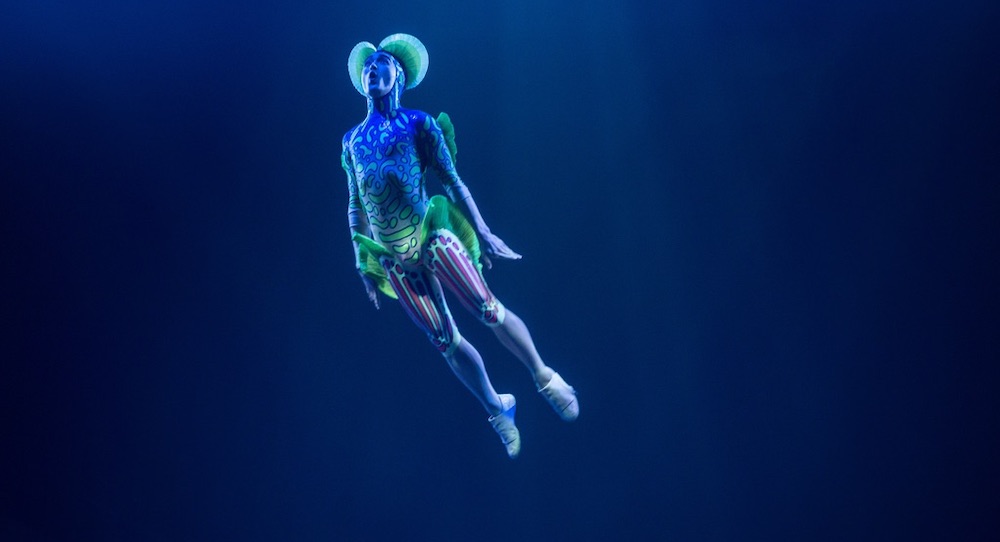 As the Cirque du Soleil international juggernaut continues on its merry way, its return to Australian audiences with ​KURIOS: Cabinet of Curiosities​ is a welcome return to the company’s quirky roots. Moving away from its big budget glittering Vegas style productions, ​KURIOS​ is a quirky upbeat production that highlights Cirque du Soleil’s historical imagination, musicality and traditional circus nous, as much as its spectacular high flying acts

KURIOS​, with its intricate clockwork aesthetics seems much more than a circus. It combines all the elements of an off-Broadway musical, jazz concert, comedy festival and vaudeville stage play, with its wonderfully inventive acrobatic acts. If you can imagine a steampunk inspired ​My Fair Lady​ mixed with the zaniness of a Jean Pierre Jeunet film (​Amelie,​ ​Micmacs​), along with some of ​Monty Python’s​ surreal ​Flying Circus​, you get the flavour of ​KURIOS​.

The show opens with ​”Chaos Synchro 1900″,​ set in Fin de siecle Paris — a world of wonderment when anything seemed possible! Electricity had recently arrived along with moving footways, the Eiffel Tower and the first plane. With its complex array of moving parts and wonderful musical juggling by Gabriel Beaudoin, the stage is set for a topsy turvy world of explorers, curiosities, dancing chairs and flying bicycles. Beaudoin’s juggling melds seamlessly into the jazzy ragtime soundtrack, capturing beutifully a world of endless juggling possibilities.

The Artistic Director Rachel explains, “It’s called ‘Chaos’ for a reason, being so incredibly rich and diverse with so many moving parts.”

For audiences, especially dance audiences who might be a little wary of the “showy acrobatic” focus of circus arts, the pleasant surprise was how “musical” ​KURIOS​ was. The Cirque du Soleil’s band, driven by Marc Sohier, Kit Chatham, Sophie Guay, Michael Levin and Paul Lazar, played a quirky mix of ragtime, 1920s jazz, french Bal-musette and steampunk inspired electro swing. The combination of live band and live performance created an unusual intimacy in the performance, with the audience feeling almost physically connected to the performers. One could see the influence of choreographers including Sidi Labi Cherkaoui with the performances, especially the large ensemble numbers, which were performed with a zany and effortless grace.

As many shows try to “immerse” their audiences in their show, Cirque du Soleil achieved this task with remarkable ease. With a stage area that blends into the stands and a multistoried performance space, it all combined to create a feeling of being up close to the stage lights and directly under the performers. This was especially noticeable in the smaller numbers, including an invisible trapeze artist, an aerial bicycle, the micro drama of hand puppetry and the stirring poetic airplane flight.

The intricate toybox quality of ​KURIOS​ gave it an endlessly playful and humorous show bursting with joie de vivre. Perhaps the most enjoyable number was the AcroNet, a kind of super trampoline combined with a flying trapeze. Its terrifying 10-meter-high jumps were performed with a Chaplinesque comic aplomb, and seemed as if we were watching children on a backyard trampoline rather than a dangerous highwire act.

KURIOS​ captures the underlying optimism that drives much human curiosity and the resulting discoveries that ensue. The show was also able to avoid the problems associated with presenting the unusual as part of a “freak show”. Performers like Mini Lilli imaginatively blended with Mr Microcosmos and the show’s overarching imaginative vision.

Even acts such as the Quicksilver Yo Yo by Chih-Min Tuan, initially didn’t seem to have much going for it, but it was entertaining, imaginative and made you marvel at the infinite quality of human invention. The performers exude a joyful playfulness, which Kit Chatham, drummer, confirms, “It’s a job where I get to play and have fun, I can’t ask for anything better than that.”

Cirque du Soleil’s ​KURIOS​ is a fun, marvellous return to circus’ roots of live travelling shows that bring the amazing, the spectacular and the curious into our local lives. In a hyper connected world of instantaneous knowledge, ​KURIOS​ is a reminder of more innocent times when curiosity drove discovery and our need to connect physically with the unknown.