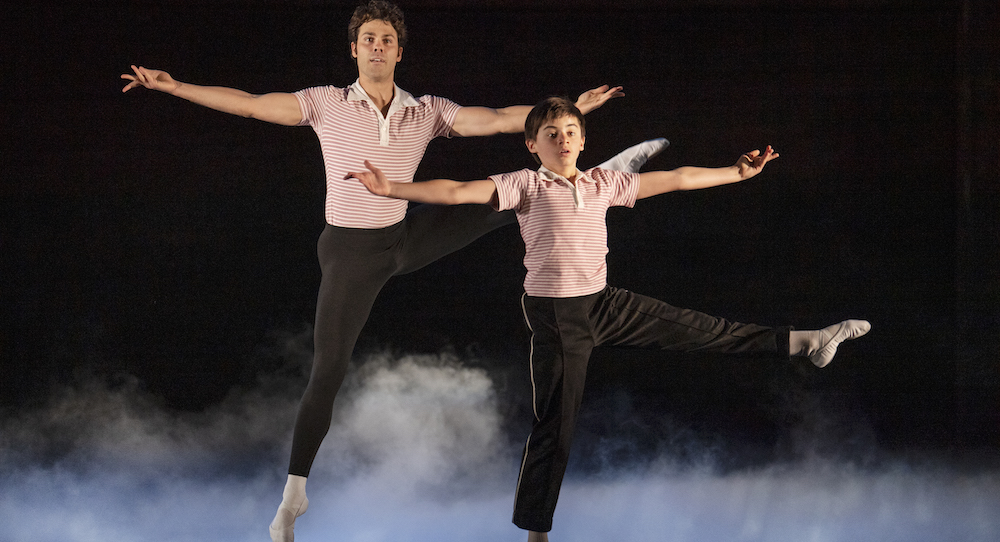 From boxer to ballet dancer, a young Billy Elliot with grit, discipline and passion beats the odds in this emotionally charged musical at Sydney’s Lyric Theatre.

Celebrating 10 years since this production was last staged in Australia, the story of Billy Elliot takes place during the 1984/85 miners’ strike in Northern England, where the National Union of Mineworkers had a stand-off with UK Prime Minister Margaret Thatcher. The show includes themes of loss and struggle following the plight of the miners which includes Billy Elliot’s dad (Justin Smith) and brother Tony (Drew Livingston). This story is told alongside the journey of Billy Elliot (Jamie Rogers), who is coping with the loss of his mother (Danielle Everett), caring for his senile grandmother (Vivien Davies), his friendship with his gay best friend (James Sonnemann), his secret pursuit of ballet instead of boxing and the challenges of his disapproving dad. There is clearly no shortage of depth to this show.

The highlight of this production is 12-year-old Rogers, who, on opening night, performed the lead role of Billy Elliot. Rogers is an incredible young talent, and his super-charged energy lit up the stage. He possesses skills beyond a triple threat that surpass his young age. With unmatched confidence, he delivered aerials, gymnastics and a convincing English accent, as well as strong vocals, superb acting, brilliant tap dancing and of course exceptional ballet technique, executing multiple pirouettes with ease.

His ballet skills are showcased in the Swan Lake ballet pas de deux, where a young Billy (Rogers) and older Billy (Aaron Smyth) are synchronised in this powerful and uplifting piece. Creating magic on stage dancing with a spinning chair and soaring high into the air, the audience were captivated with the skills of Roger and Smyth and the beauty of this piece.

Choreographer Peter Darling has not made it easy for the talented cast, using a wide variety of dance styles to express different emotions. Tap dance is featured not only as a joyful expression but in a darker way like in the number, “Angry Dance”. When Billy is told by his father to give up ballet, he releases his frustrations in a highly energetic tap dance. ‘Electricity’ is a dynamic piece incorporating street dance, hip hop and acrobatics, and in ‘Expressing Yourself’, the fun and lively duet with Billy and his best friend Michael (Sonnemann), both boys executed with precision a difficult and fast tap dance routine backed by an ensemble of giant tap dancing dresses.

Darling’s skilful choreography culminates in the powerful piece ‘Solidarity’ where both storylines fuse on stage. The police clashing with the miners and the world of the young ballet students are together in formation singing ‘solidarity forever’. With music by legendary Elton John this piece along with the show’s score supports the powerful and emotion filled narrative.

This production is superbly cast with Justin Smith returning to the musical not in his previous role of Billy’s brother Tony, but now in the role of Billy’s dad where we see his vulnerability having lost his wife and his transformation from a disapproving dad to supporting Billy in his pursuit of ballet. Billy’s brother Tony (Livingston) embodies the role of a passionate angry miner fighting for his rights. Billy’s ballet teacher Mrs Wilkinson (Kelly Abbey) shines with a stiff exterior yet generous heart as she wants to see Billy fulfil his potential and her daughter and ballet student Debbie (Gabrielle Dagar) provides comic relief with cheeky one-liners.

Finishing on a high note with a dazzling tap dance finale, Billy Elliot The Musical is moving and uplifting and was celebrated at Sydney’s Lyric Theatre with a standing ovation.