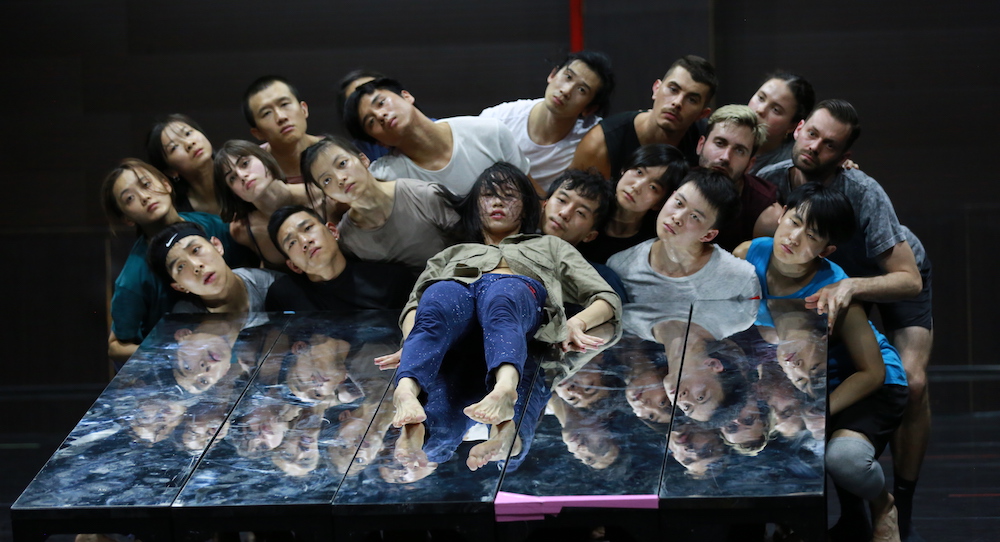 There are many ways to make work. One is to set up tight deadlines, create challenging parameters and break people out of their routine. As an experiment in production, this can be risky; yet it can often yield the most compelling and unexpected results.

When Brisbane-based Expressions Dance Company (EDC) teamed up for five weeks in August/September with Chinese outfit Beijing Dance/LDTX to create two new works, their challenge was not simply time but language, cultural nuance, physical grammar and working up a double bill created by two choreographers with starkly different modes of making. The result, Matrix, features new pieces by Australia’s Stephanie Lake and China’s Ma Bo performed by dancers from both countries.

Having already played to audiences in Beijing and Tianjin, Matrix moves to Cairns and Brisbane in November, before a trip to Hong Kong’s City Contemporary Dance Festival.

For one of this country’s most respected and in-demand male dancers, Richard Cilli (who joined EDC as a company dancer for this project), the process has been eye opening. As someone who describes his Mandarin as “quite okay”, he was afforded a rare insight into the creative processes of both cultures.

“There are some freakish similarities about the way the works ended up, but the processes were so different,” he reveals. “With some of the movement qualities, you’d realise that you did quite similar things in the other work, or you’d find a few happy accidents in there. But there are as many processes as there are choreographers, and so I wouldn’t limit that to a difference in culture.”

Having studied in Taiwan as part of an exchange program when he was training at WAAPA, Cilli maintains an ongoing fascination for Chinese culture and dance. This, plus his Mandarin ability, clearly enriched the rehearsal process, but also afforded him a keyhole into something far more elemental. “The languages are so different, and particularly the way they speak about movement and the body, that whenever it gets translated it sounds really simplistic,” he explains. “It was a special experience for me to see both sides and to see how movement was really king in that space.”

Whilst easy to pass off as yet another ‘art blurs the borders’ moment, the making of Matrix (and other projects of its ilk) serve to remind us that beyond the spectacle of news drama and the convenient flags of culture and identity there is a core humanity that even the mask of language cannot obscure.

As Cilli notes, “To hear what was being said in Chinese and the way that it was being translated a lot of time, and vice versa, I always felt that something was missing, something that neither language could quite encapsulate, but where movement sufficed. And so, language very quickly became quite irrelevant. The amount you could get done just through body language, or by the bona fide fact that we’re all dancers and that we work with our body, meant that there was so much preference given to physical communication.”

And here is where choreographers Stephanie Lake and Ma Bo step in. From a pure dance perspective, this represented an intense challenge for the performers, if only because the “methods of working” were so different.

“Steph draws really heavily on her dancers, and we began by improvising a lot,” Cilli recalls. “She made decisions really quickly, and the structure and the content was quite emergent. She might say differently because maybe she’s got it all planned, but it seems to me like she’s really able to see what the dancers have to offer, and to ignite that in them. She created some really exciting friction between the Australian and Chinese dancers.”

Meanwhile, Ma Bo (one of China’s leading female contemporary choreographers and co-founding member of Beijing Dance/LDTX), operates more narratively. “The landscape she works with is really different,” Cilli describes. “The work explores a more emotional, narrative arc, and so the work is a lot more about character and storytelling. That, coming from an Eastern perspective, was a beautiful challenge for us to interpret, to find out how to get into that world performatively.”

In addition to differing modalities and linguistic issues, both Lake’s Auto Cannibal and Ma’s Encircling Voyage were created in just five weeks. “To get them up so quickly meant that we couldn’t really falter on anything,” Cilli says. “They got put together really efficiently, and we all just banded together and nailed this show.”

Yet, having spent such an intense period together, EDC and Beijing Dance/LDTX then separated, meaning that a further five weeks will pass between Matrix’s China debut and its Queensland re-staging. However, as Cilli contends, the gap is good for fresh perspective. “And you know,” he adds playfully, “there’s that thing when you’re playing away; there’s less inhibition because, like, you know that no one ‘important’, or no one you know is going to see it, so you can just go for it. But then when you’re back on home turf, it’s more like ‘what do people think of me?’ So, I don’t know, maybe it’ll be like that for the Chinese dancers over here.”

Either way, the hothouse of cross-cultural, bi-lingual collaboration has proven yet again that dance, like music and other artforms, can indeed dilute the often harmful (and frequently arbitrary) silos that fence us into needlessly opposing positions. Sure, we’ve said this all before, but perhaps some things bear repeating, just as some shows benefit from re-staging, home or away.

Matrix, a collaboration between Expressions Dance Company and Beijing Dance/LDTX, will be presented at QPAC Playhouse from 13 – 16 November. For tickets and more information, visit expressionsdancecompany.org.au/edc/edcbeijingldtx.