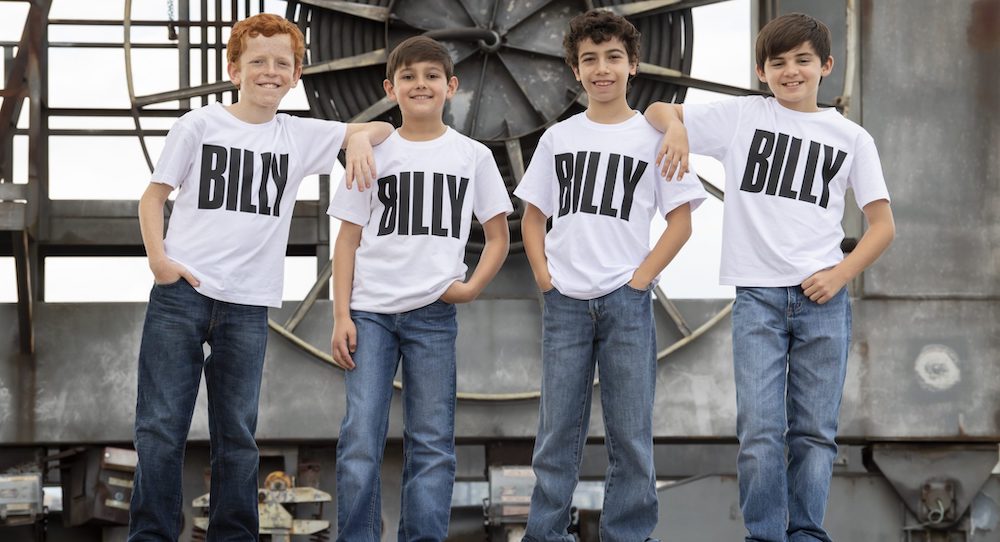 There’s a show opening in Sydney this month, which will also be celebrating its Australian 10th Anniversary.

There is a lot of buzz around Billy Elliot the Musical, and it is to be expected with its previous success. With the recent press surrounding the Lara Spencer debacle on ABC’s Good Morning America and the dance world’s positive hit back of #boysdancetoo, Billy Elliot couldn’t be opening at a more perfect time. The cliché of many young male dancers being bullied through their childhood and often adulthood in the pursuit of dance is far too common. The way our community can inspire change is to carry on dancing, creating, performing and continue to prove ‘them’ wrong. All male dancers/performers who dance inspire others along the way, whether they are trying to or not and whether they make it big or not. They encourage the brothers sitting in the audience to try a class, they inspire other kids watching them in their dance studio as they grow and progress over the years, and if they go all the way, it reinforces to younger dancers that it can happen for them, too.

Billy Elliot has managed to also changed the lives of many young male performers and inspired many more in the next generation coming through now. In the upcoming season, Omar Abiad, River Mardesic, Wade Neilsen and Jamie Rodgers are the lucky guys to be filling Billy’s boots. It is no doubt that their lives will change as they step into the role, so as we look forward toward to opening night, we are going to take a little look back and see how much Billy has changed the paths for a few of those who have literally danced in Billy’s shoes.

Currently, the Billy who has been most recently in the spotlight is Michael Dameski. If you haven’t already heard of Dameski from his days as Billy, he shot into popularity on our screens as the winner of So You Think You Can Dance Australia and made such an impression on the US producers that he was invited to represent Australia on the US series. In 2018, Dameski triumphed as runner up on World of Dance in the US. He has performed with Travis Wall’s company, Shaping Sound, and is a regular guest teacher on the international convention circuit, most recently back in Australia performing and teaching with the Dream Dance Company.

At the age of nine, Dayton Tavares was one of those kids who decided to give dance a shot by following his sisters to the dance studio and later went on to become to youngest Billy to perform on Broadway. After continuing his studies, Tavares has had a steady flow of work, every performer’s dream! Some of his credits include the Australian Opera’s Carmen, In the Heights and Handa Opera’s West Side Story. The productions of In the Heights and West Side Story were Helpmann Award nominees, so he has been exposed to some of the industry’s best.

Rhys Kosakowski, originally from coal mining town Newcastle, draws a true parallel to Billy. He started out as tap pup, which obviously came in handy when playing the role. After the show closed, Kosakowski made the decision to take ballet seriously and studied ballet full time. He went on to dance with the Houston Ballet for six years. He attributes much of his success to what he learned on Billy Elliot. “It definitely set me up with a great experience and level of professionalism I think I needed to join a ballet company. I will never forget the experience, and it was such a good show to be involved in. Ballet, acro, singing, tap and acting is all part of the process and the rehearsal stages of the show, so having all those skills up my sleeve was a great advantage.”

Rarmian Newton was already an experienced performer for his age before Billy Elliot, and he even has a credit as the ‘young Peter Allen’ performing alongside Hugh Jackman. Other theatre credits are Trumblebrutus in Cats (Manila) and Hiccup in the Dreamworks arena tour of How to Train Your Dragon. Newton made a strong cross over to TV on Dance Academy, ABC’s The Family, CBS’s Tell Me a Story and, most recently, NBC’s Rise as Maashous. Rise is a realistic look at a high school’s drama group taking a stand on telling the story of Spring Awakening. Against a lot of opposition, they all manage to perform it as well as tell their own stories along way. The show has a strong line up of actors, and Newton had the chance to perform alongside Josh Radnor from How I Met Your Mother and long standing Hollywood actress Rosie Perez, so he has been in good company. He is truly making serious tracks as an Australian actor in Hollywood.

Joshua Waiss Gates went on to continue his studies in musical theatre, graduating from Patrick Studios in Melbourne and later landing his first adult professional contract working on La Cage Aux Folles. Other credits are Anything Goes and My Fair Lady. He contributes learning the necessity of a good work ethic from his time as Billy. “When I started rehearsals, one of the creatives told me the role would be like playing Hamlet while running a marathon, and they weren’t kidding,” Waiss Gates says. “Not only the physical exhaustion but the mental resilience we had to have as Billy was a really great crash course in consistency when doing a long running show.”

Another Billy who went on to perform on the Broadway tour in the US is Daniel Russell. He comes from a theatre family, so it is no surprise that he has continued with a life on stage. Russell continued his studies later, graduating from Sydney Dance Company’s Pre Professional Year and was accepted into the company as an associate. Along the way, he took one of the Sydney Eisteddfod Ballet Scholarships and has had the opportunity to continue performing and touring the world in the international tour of West Side Story. As it goes in this industry, with one job leading to another, Russell landed a role in Spielberg’s new movie production of West Side Story, so look out for him hitting movie screens next year. “Playing Billy was a springboard for me, my first job,” Russell explains. “It launched me across the globe. I can see how truly fortunate I am to have acted the role. It is without a doubt one of the most demanding, challenging and rich parts in all of theatre.”

Another Billy, although he is not an Australian but well deserving of a mention, is Tom Holland. He is the longest standing Billy’s from the UK’s West End production. He made his debut as Michael, later moving in to the title role. He continued on into the performing arts, landing a role in the movie, The Impossible, alongside Aussie Naomi Watts, and received rave reviews for his work as well as many award nominations. And just in case you missed it? Holland is Peter Parker aka Spider-Man! Appearing in Marvel’s Captain America: Civil War, Spider-Man Homecoming, Avengers Infinity War and Endgame, Holland most recently starred in Spider-Man Far from Home. So it is pretty safe to say Holland has landed on his feet and flipped his way from stage to screen. He even attributes his acrobatic training from Billy Elliot to helping him with his new role as Spider-Man.

Who knows where becoming Billy Elliot will take the 2019 cast?

Billy Elliot the Musical will tour Australia starting this October in Sydney. For tickets and more information, visit billyelliotthemusical.com.au.