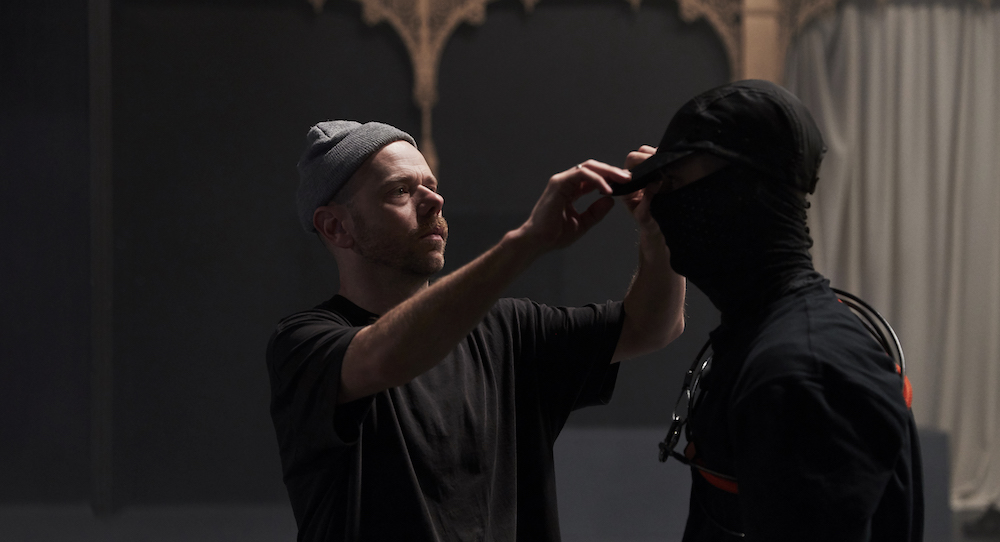 When Chunky Move, Melbourne’s premiere independent dance company, announced the appointment of Antony Hamilton as artistic director and co-CEO with Kristy Ayre, the dance sector was abuzz with questions about the creative direction they would take.

While Chunky Move is renowned for its former creative Artistic Directors in Gideon Obarzanek and departing Anouk van Dijk, the appointment of Hamilton and Ayre suggests a determination to place the company firmly on the cutting edge of the creative envelope.

Dance Informa​ caught up with Hamilton in the run up to the Melbourne premiere of Token Armies,​ Hamilton’s first fully fledged work since his Helpmann Award-winning ​Forever and Ever​. There’s excitement in his voice when talking about pulling together the remaining touches on his current work. “I’ve just come out of a full week of creative development which was extremely intense and short, and I’ve only got two weeks to recalibrate and make plans for the actual presentation in October.”

He’s a bit cagey about the work’s outline and was only willing to reveal that “the work is, I would say, a far cry from ​Forever and Ever.​ Very different… I can tell you that much.”

We asked how he was finding the added responsibilities that are part and parcel of being an artistic director. “We [Ayre and Hamilton] have come to the job as a partnership of the executive and the artistic. It’s an epic challenge, and we don’t take this lightly as we are fully aware of our responsibility of maintaining this legacy as the most well funded contemporary dance company in Victoria,” he says.

“You know, organisational strategy development and that kind of thing is extremely new to me, but as independent artists, Kristy and I bring a really important skill set to the organisation – being nimble and responsive with resources, ideas and talents that are required in the independent dance sector,” Hamilton explains. “This deep knowledge of the dance ecology will inform our programming, because we care very much about the independent sector, and we’d like to see the company being able to support more artists get their works commissioned.”

He reveals that their vision for Chunky Move’s artistic programming will be shifting to increasingly champion and collaborate with independent artists.

“You know, it’s a company that’s never been an ensemble company, and the ensemble model is very much a dying model,” he says. “In many ways, that’s kind of a sad thing, but it’s also a response to the way that the art form has evolved over the last 20 years with independent artists really driving the creative process out there.”

So what’s in a name – ​Token Armies​ – we ask him? “It’s very difficult to answer that question, as the title often precedes the ideas in the work, and in my work anyway, it’s a fairly poetic gesture.”

Hamilton continues, “With the idea of token, I think of something that is standing in for the real thing. I’m very interested in how we build myths around the actions that we do as a species; we create these incredible narratives, rationales and reasons for our actions. Likewise, it’s quite fascinating how dance artists can actually facilitate ideas that go a bit outside dance and beyond. You know, that line of thinking, like, what can dancers do that other people can’t do. It’s sort of what we consider embodied knowledge and how dancers explore this in the way they think about space and the way they inhabit space?”

He goes on, “I always used to think that my work was really abstract and kind of nerdy. But when I really reflected on my previous works, I realised that they all contain an underlying narrative structure. I really do get connected to these myths and ideas that emerge when you think about human existence, human interaction with the environment and why humans do things in certain ways, So, yeah, they’re all pretty interesting things to think about, and then inevitably, I find I’m carving out a sort of an arc for the work.”

“The big one is the human preoccupation with how we connect with our environment, how we shape our environment and how we create extensions for ourselves using technologic invention,” Hamilton explains. “I’m always curious about the two sides of the coin — what technology allows us to do but also the ways in which it limits us. I’m very interested in the notion of a cyborg — the human form integrated with technology. It’s basically a practice of reimagining the body.”

This technological fascination has resulted in the collaboration with special effects company Creature Technology, w​ho created the show’s animated and wearable sculptures. This is quite a coup for a small dance company to collaborate with a cutting edge enterprise renowned for its gigantic animated installations of ​Jurassic World and ​King Kong Live on Broadway,​ as well as arena shows like ​How to Train Your Dragon​. The collaboration came about when costume designer Paula Levis submitted some sketches and designs based on Hamilton’s creative ideas and imaginings which were taken on board by Creature Technology.

“This collaboration with Creature Technology has been so fun,” Hamilton shares. “I just love science fiction movies, and getting to explore that in contemporary dance is both challenging and fun. I don’t think I’ve seen anybody else doing it, and working with these really elaborate puppets was so difficult on a technical level with the dancers really needing to adjust to this new world we’ve created on stage.”

For Hamilton, the two most challenging aspects of ​Token Armies​ have been the epic scale of the work and the limited timeframe in which to create it. “The challenge of working on this (epic) scale is that we are not a big company. We are a small organisation with a small creative team. We’ve had to work extremely hard, with everyone working way beyond their job description, but that’s what it takes being in the medium arts sector, and it’s because we love it. Also, while ideally we would have had more time developing this work at this scale, we can’t afford to work on it for too long. Additionally, being a director means I have to balance my creative initiatives with dealing with other projects and strategy for the long term vision of Chunky Move, so I can’t spend all my time in the studio.”

He adds, “And even though I’d like to have a hand in all aspects of the production, and although Creature Technology has done the majority of the ‘heavy lifting’, I’ve stepped in to help the production manager with the sets and had to rely on him and the costume designer to do some of the other work.”

We asked about Paula Levis’ costumes with the confrontational Antifa street fighting style.

”I like to provoke audiences, and I think when you walk into this work, you know, it’s with a sense of trepidation — trepidation about the future we’re walking toward, this big unknown, what’s on the other side. It’s scary. But you have to walk into the fog. I don’t want audiences to necessarily feel like there’s nothing at stake, that there’s a sense of real possible danger. This hasn’t always been intentional in my work where the pace changes and unravels into something else.”

So, what can we expect with ​Token Armies​? Even though it is still unfinished and Hamilton is wary of revealing too much, he says, “I think the main thing is to reiterate what I said before about how different this work is from ​Forever and Ever. ​Recently, I’ve been interested in context outside the theatre, which means placing the audience and performers on a closer footing. The costuming provides a unique feeling of uncertainty about how many people are performing in the room. This feeling of uncertainty reflects how I approached this work, as it was as based on the dancers’ skill sets and grounding my explorations on that. It’s a little bit more utopian, more shared experiences, and somehow more cooperative and universal.”

So audiences should expect the unexpected? Hamilton agrees, adding “and the visceral and controversial.”