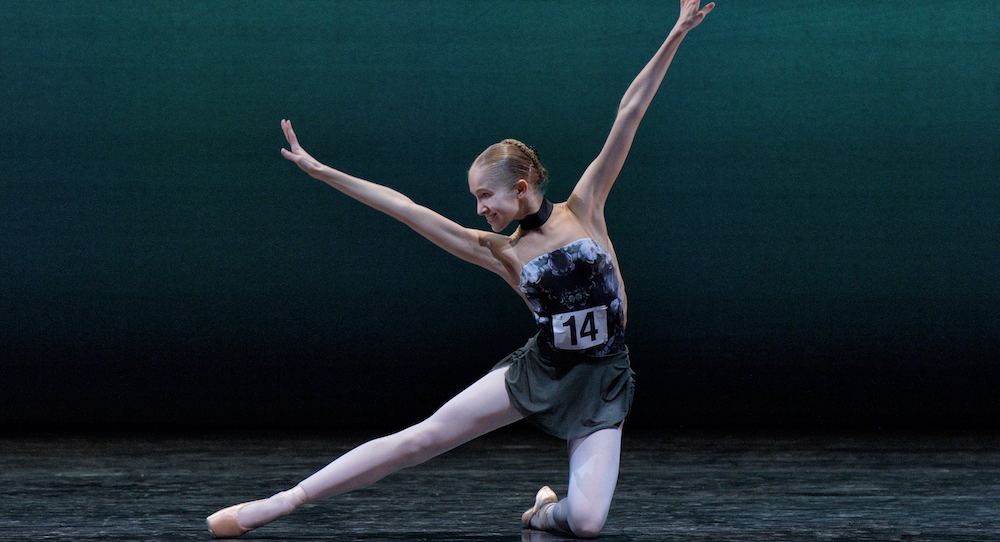 The Royal Academy of Dance (RAD) is pleased to announce the medalists of the prestigious Genée International Ballet Competition 2019, held at the Four Seasons Centre for the Performing Arts in Toronto on 29 August. After a week of intensive coaching from world-renowned techers and choreographers, the competition final saw the coveted gold medal awarded to Australian dancer Mia Zanardo, aged 15, trained by Hilary Kaplan and Archibald McKenzie; and Darrion Sellman, aged 15 from the USA, trained by Andrea Paris-Guiterrez and Jose Carayol.

Hosted by a different country each year, the Genée returned to Toronto for the first time since 2008, with week-long events attracting 62 of the world’s finest young dancers from 13 different nationalities, aged 15-19 years old. The competition saw finalists perform three solos, including never-before-seen pieces by Italian-Canadian choreographer Gioconda Barbuto, who was commissioned by RAD to create two variations (one for male candidates and one for female candidates) for the competition. The young dancers were judged by Karen Kain, artistic director of The National Ballet of Canada; Dame Monica Mason DBE, former director of The Royal Ballet; Mikko Nissinen, artistic director of Boston Ballet; and Magdalena Popa, principal artistic coach of The National Ballet of Canada.

The Genée final also marked a special celebration of Karen Kain, as she was presented with the RAD’s highest accolade, the Queen Elizabeth II Coronation Award. Kain is the first Canadian to be awarded this honour, and this marked the first time that it was bestowed outside of the UK. The RAD chose to recognise Kain in celebration of her 50 years with The National Ballet of Canada, along with her incredible contribution to the world of ballet, both as a renowned dancer and one of the most distinguished leaders in dance today.

The Genée, now in its 88th year, began in 1931, to celebrate the world’s most talented young performers. Earlier this year, the RAD announced that as of 2020, the competition will be renamed to celebrate its longest-serving President, Dame Margot Fonteyn, who would have turned 100 years old in 2019. The Margot Fonteyn International Ballet Competition will be hosted in the UK to coincide with the Academy’s centenary. The year 2020 also marks the first time that the competition will be held at London’s Royal Opera House, offering aspiring dancers the chance to perform on one of the world’s most famous stages.

The RAD is proud to be working with a number of partners to make this year’s Genée happen. These include The National Ballet of Canada, Harlequin Floors, Mondor, The Shepherd Group, McCarthy Tetrault and the Dame Margot Fonteyn Scholarship Fund.