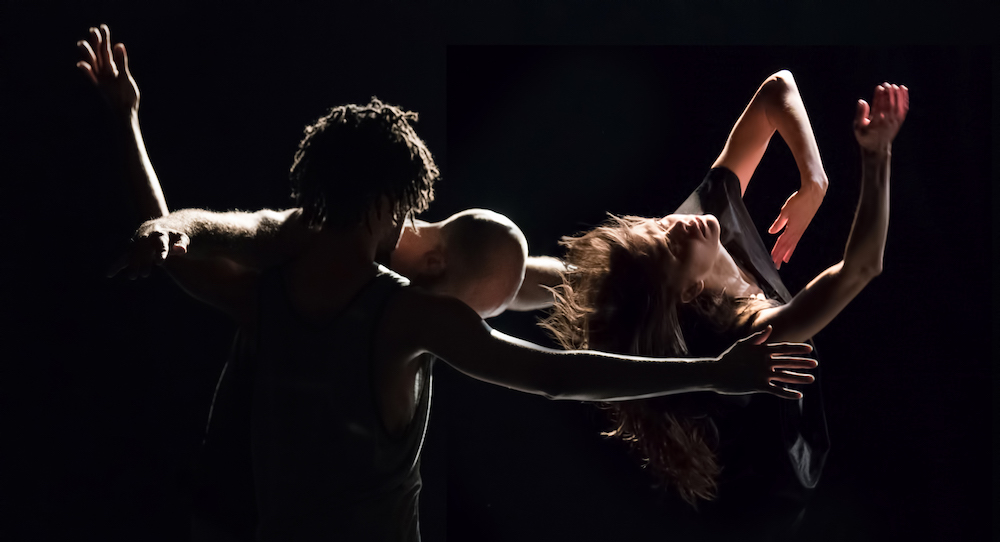 However, American dancemaker Kimberly Bartosik is more interested in the nexus between hunger and ecstatic states, and how that maps out in communal rituals as diverse as charismatic religious services and performance spectacle. Yet, beyond that, her acclaimed new work, I hunger for you, addresses the desire for connection in the context of a currently febrile and atomised socio-cultural climate.

Although the work speaks of (and to) a divided America, it did not begin as an act of politics or polemic. Rather, it sprang from memories of a Southern childhood and a YouTube encounter with the Australian charismatic Christian phenomenon, Hillsong.

“I didn’t know anything about Hillsong,” Bartosik recalls, “but I started watching these videos, and it’s a very different version of religious practise than I grew up in. So, I started to understand the draw, in terms of what people were looking for in a shared experience, and I came upon the line I hunger for you in one of their songs. I thought it was such a provocative line, because you can think of it in so many different ways.”

Given this, it is perhaps appropriate that I hunger for you will make its international debut here in Australia, at Melbourne’s Supersense Festival Of The Ecstatic this August. For the former Merce Cunningham dancer, Bessie Award winner and current Guggenheim Fellow in choreography, the themes of the festival and the work neatly coalesce.

Of the ecstatic, Bartosik reflects, “I grew up attending particular ritual religious services where I watched bodies go through this state, and as a child I thought it was weird and kind of crazy, but as an adult, and as a physical practitioner, I started thinking about how deep a belief has to be in order for someone to go into that state. When I started to think about that, it started to seem kind of profound. And then I started to think about these kinds of belief as like a craving or hunger.”

Although we often think of ecstatic states in the context of religious or shamanic practise, Bartosik is keen to place them in a communal space; and here is where we encounter the darker side of the crowd trance. Human history is replete with examples of the brutality that comes from the manipulation of our desire for connection. Indeed, one might argue that the contemporary fashion for ‘identity’ springs from (and is a cynical manipulation of) our hard wired bias for inclusion.

“That’s what I was really responding to, and why I was doing that research; because in the States we’re experiencing very dark times,” Bartosik reveals. “When I started the piece, I didn’t even want to think about where we had gotten to; but we’re in a place right now where we’re so divided politically, religiously, philosophically, that it’s very hard to talk to somebody who doesn’t share your values.”

The work also reflects deep schisms in its creator’s personal life. As she explains, “It’s been very painful because, literally, families have been divided down the middle. Because I am from the south and half of my family is deeply religious and conservative, and the other half is not, I’ve had to really grapple with how we’ve gotten to this place where I can’t speak to people in my family without starting a warwith them.”

All of which is fertile soil for contemporary dance, for an exegesis in the most common language: movement. The problem, of course, was how to square the deliberative thinking involved in the creation and rehearsal of performance with the altered state of the ecstatic experience. “We wanted to get to the point where the body of the performer became a vessel for the audience to experience a kind of ecstasy themselves,” Bartosik says. “So, for the performers, there was no room for indulgence, or what theywere feeling. They had to find a space to let their body become a vehicle for others to experience…not transformation necessarily, but their own experience of being alive.”

With its five dancers and lengthy 18-month gestation, I hunger for you is Bartosik’s most highly crafted work; not so much in terms of choreography but staging. There was a desire to draw the audience deeply into the ecstatic space, meaning that sound is employed as a kind of perimeter, a way of casting a circle and inviting people into an encapsulated tribal ritual.

For Bartosik, though, there remained a deep problem. “I felt like it was too heavy, too dark, and the themes were too weighted. I needed hope. So, I remember thinking that I needed another presence and decided that I wanted a young witness.”

Cue her 12-year-old daughter, Dahlia. In what Bartosik describes a “radical piece of practise for me,” she placed her own child at the core of the work. “I’ve used her very particularly,” she elaborates. “She doesn’t dance or perform; she just sees. We then see through her, and we’re reminded what it is that a child sees in this world; and you start to feel like maybe a child shouldn’t be seeing this. So, her presence is now actually a key part of people’s relationship to the work. It’s like, there’s no space for cynicism with a child.”

With this bold gesture, Bartosik reminds us that the world of adult division is (whether we admit it or not), our ‘gift’ to the next generation. Perhaps, at this juncture, we might ask ourselves what it is we truly hunger for, and who should pay the price of our feeding.

Kimberly Bartosik’s I hunger for you will be presented at Fairfax Studio on Friday 23 August, and she will also feature in the Cunningham Centennial Solos: Melbourne as part of Arts Centre Melbourne’s Supersense MINIMAL program on Saturday 24 August.