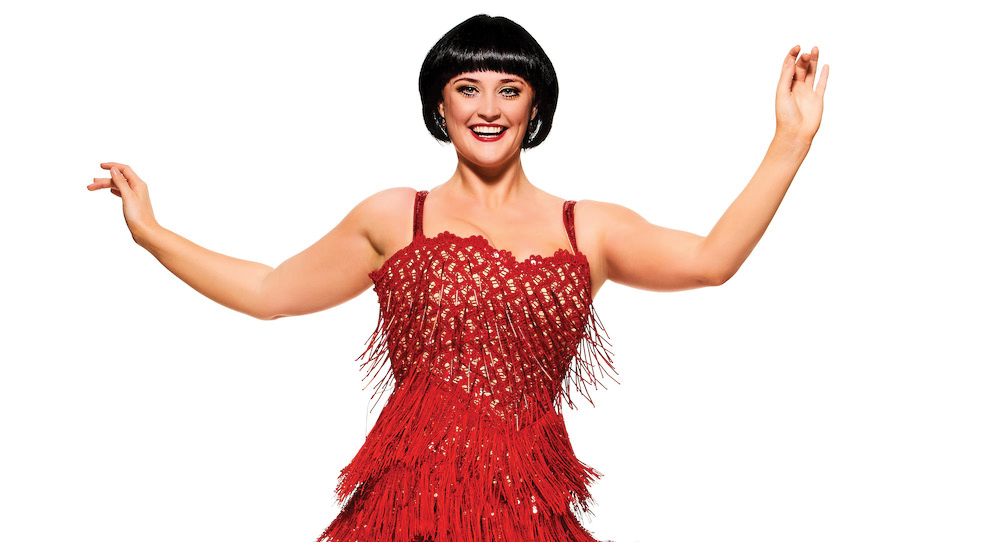 The Production Company has announced its full cast of the Broadway smash, Thoroughly Modern Millie, which opens in Arts Centre Melbourne’s State Theatre on August 3, for a season of 11 performances.

Thoroughly Modern Millie has a cast of 27 triple-threat performers and the 23-piece Production Company Orchestra. Among the cast is Romy Vuksan, a performer originally from Brisbane, and who trained at Ritz Dance Academy and at Jason Coleman’s Ministry of Dance on scholarship.

“Not often do tap musicals come around,” says Vuksan, who will be a member of the female ensemble, “so I am so excited to put the tap shoes back on!”

“I’m so thrilled to work with this cast and creative team!” Vuksan shares. “It’ll be my first time working with Peter Casey, Chris Parker and Chris Horsey, all whose work I admire very much. Not to mention working with industry legends such as Marina Prior and Queenie van de Zandt, incredibly talented women who have always inspired me. I’m so excited to get into the studio and feed off the energy and skills of this cast and learn from everyone around me.”

Thoroughly Modern Millie takes place in the height of the jazz age, and small-town girl Millie Dillmount has just arrived in New York City, ready to make her dreams come true. Her plan is to marry for wealth rather than for love. But when she checks in to the Hotel Priscilla, run by a suspicious landlady, Millie’s “thoroughly modern” plan begins to go awry.

Thoroughly Modern Millie is a nod to the musical comedies of the 1920s era and is the winner of six Tony Awards (including Best Musical) and five Drama Desk Awards, making it Broadway’s most awarded new show in 2002. Some popular songs from the show include “Not for the Life of Me”, “Thoroughly Modern Millie”, “Forget About the Boy” and “Gimme Gimme”.

“I think ‘Forget About the Boy’ will be a personal favourite,” Vuksan reveals. “I remember watching the 2002 Tony Awards online when they performed this number (I’m a huge Sutton Foster fan) and thinking how badly I’d love to do this show. It has a big female ensemble, so I’m so excited to work with a group of such strong, empowering ladies!”

She adds, “It’s such a light-hearted show with such a great score that I feel like the audiences will only leave with a smile and a skip in their step after the show.”

The Production Company will present Thoroughly Modern Millie for only 11 performances, from 3 – 11 August, and recently announced an increased allocation of affordable seats. For tickets and more information, visit www.artscentremelbourne.com.au/whats-on/2019/seasons/tpc/thoroughly-modern-millie.