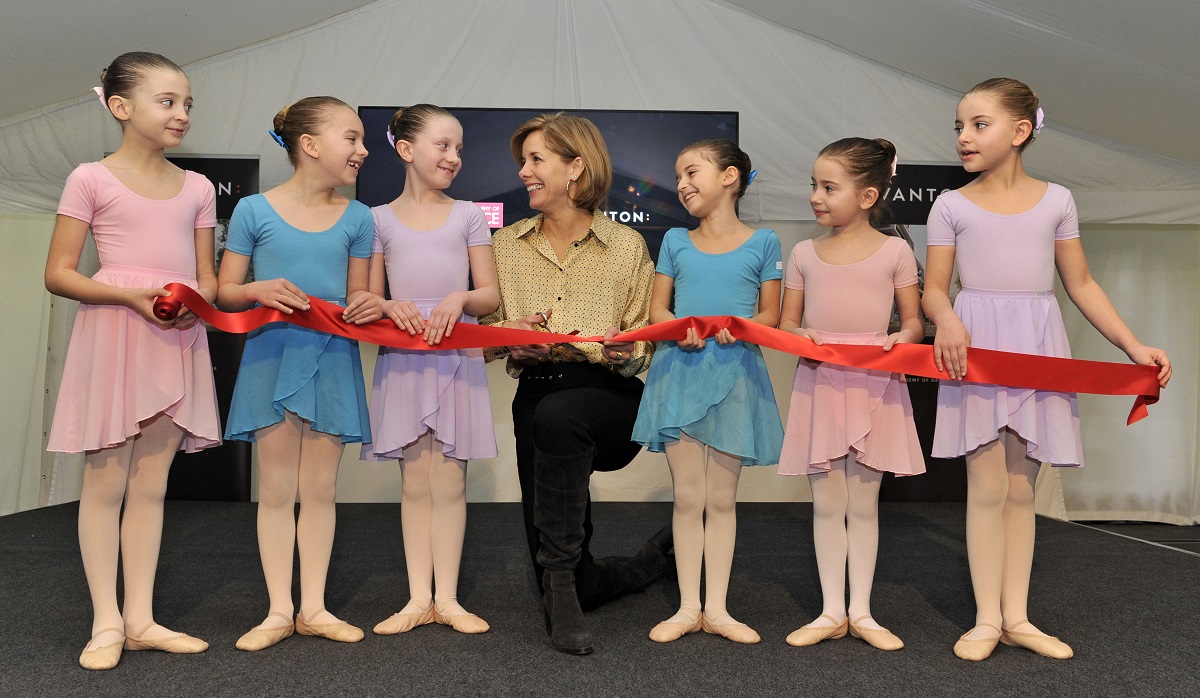 The Royal Academy of Dance (RAD) is the most widely taught ballet syllabus in Australia, and with over 14,000 members across 85 countries, the RAD is one of the largest and most influential dance education and training organisations in the world! Established almost 100 years ago in 1920, the RAD focuses on quality ballet training, encouraging its teachers to perfect their teaching skills and pass on this knowledge to their students.

This year, leading up to the RAD’s 100th anniversary, welcomes many exciting changes and programmes for the renowned organisation. Gerard Charles was appointed Artistic Director of the RAD toward the end of 2018, and just this past March, Rebecca Taylor was announced as the new National Director for Australia.

Recently, Charles and RAD Chief Executive Luke Rittner were on an Australian tour from the UK, and Dance Informa’s Deborah Searle had a chance to speak with them about the RAD’s centenary and future.

“It’s incredibly exciting,” Rittner says. “A hundred years is a long time, it’s a great achievement. I think back about some of the great pioneers of the organisation and what it was, how far it’s come in that hundred years, from incredibly small beginnings. It’s a great moment for celebration, but there’s also an opportunity for some reflection.”

Charles, who was previously the Director of Artistic Operations at Joffrey Ballet in Chicago, will now be responsible for providing artistic leadership, creativity and expertise to all areas of the RAD’s work.

Talking about taking on his new role, Charles explains, “I felt with all this accumulated knowledge it would be really nice in a way to give back, but also to be a part of foundation work. When I looked at the RAD, it does so many things. It doesn’t just teach children dance. It teaches teachers, creates syllabus and does CPD. And there seem to be so many influences within the RAD and especially around the world. I thought it was a great time to contribute back to the art form that’s been so good to me.”

Just chatting to Charles, one can tell that he’s passionate about the work of the RAD.

“The reason we exist is to create good dance,” Charles says of the RAD. “If we’re teaching teachers, how we teach the teachers affects how those teachers teach children. And how those children are taught will affect how they become older students.”

Charles adds, “When you go back to the origins of the RAD, it was five different nationalities of teachers who got together to create this best solution they could at the time. And they certainly did a lot, and it’s grown. The world of dance has changed even before I got my first job to today. Ballet is still ballet; good technique is still technique, but a ballet company is not just doing Swan Lake and The Sleeping Beauty anymore. We’re looking not only to what ballet is today but what ballet could be in 25 years. I think we always have to be aware that life moves on around us, children’s interests change, children’s mental attention changes. With our teachers constantly being in the studio with young people, they are a great source of research for us.”

And it’s also about community. The RAD’s Project B, for example, is one initiative that aims to create a community between male dancers, widening access to dance for boys and encouraging them to take up ballet. In celebration of the RAD’s upcoming centenary, Project B aims to increase the proportion of boys taking part in dance activities by 2020, promote more male role models, provide more boys-only workshops and masterclasses, and offer financial support to encourage more men to train as dance teachers. Project B ambassadors include Iain Mackay, Alexander Campbell and Matthew Lawrence.

“It’s not just engaging boys with dance, but it’s also helping them build a community between themselves,” Charles shares. “That was the side of it that I didn’t realise until I met two young boys in England, who came from radically different parts of the country, but they had formed a really tight friendship. And there’s a real support network to that. So I think that’s a very, very positive thing.”

Project B, which was introduced as only a three-year initiative, has been gaining momentum and popularity, and Rittner believes the RAD will continue its mission to get boys into the studio in this way.

“It’s delivering on one of our objectives, which is widening access to dance, particularly bringing boys into dance,” Rittner says of Project B. “It’s just such a good thing to do.”

In celebration of the Centenary many events will be held around the world all year long, as well as the building of a new purpose built facility at the RAD Head Quarters in London. The new building is almost double the size of the current headquarters. “It’ll give us eight full-sized studios, a new performance space, a library, an archive, seminar rooms and lecturer rooms… all that we could possibly want, with a very contemporary feel about it,” Rittner says. “I think everyone is getting quite excited about it!”

This June, Rebecca Taylor will take on her new position of the RAD’s National Director in Australia. She brings to her new post over 15 years of experience in the performing arts, government and tertiary sectors. As National Director of RAD Australia, Taylor will be responsible for the management and development of the RAD in Australia, ensuring that the impact of its diverse work is felt across the national dance sector. As part of its centenary year in 2020, the RAD will hold a special conference in Melbourne called Shaping Bodies, Shaping Minds.

With all of these exciting updates to the RAD, what more could the future hold? In a time of Instagram and the viral dance craze or desire to showcase one’s tricks (sometimes without much technique), the RAD is a malleable organisation but is certainly committed to the quality of dance instruction and guidance.

“What’s really wonderful about some of the teachers I’ve seen here in Australia, is that their students are enthusiastic about dance,” Charles says. “It’s not just about doing a bit of the syllabus exercises. They understand movement. I spoke to some students and asked, ‘What do you love about it?’ And they said, ‘Everything.’ And you know, that’s just so great to hear. And you could really see they enjoy dancing. And they were doing it with taste and training, but they were still individuals.”

After a hundred years and many ups and down, the RAD is thriving, evolving and bigger than ever. “We are now within a spitting distance of a quarter of a million young people taking our exams a year. We’re about 247,000 this year! So, our objective is quarter of a million in our centenary year, and that’s in 86 different countries,” Rittner says proudly. “I think it’s an incredibly wide reach for a small organisation. And it has been enormously successful.”

Looking back, Rittner shares, “I think in the past, the RAD has been a very old fashioned organisation. And very, very resistant to change. But that’s all changed in the last 20 years. Yes, tradition is there, and ballet is a very traditional art form, but I think this organisation is much more willing to embrace change.”

And that change will include branching into other styles of dance, with Rittner announcing that the RAD has become the validating body for a new street dance syllabus in the UK.

“We keep saying to our members that we are the Royal Academy of Dance; we’re not the Royal Academy of Ballet,” stresses Rittner. “Ballet will always be at the heart of the Academy and hugely, hugely important, but it mustn’t be a constraint. It’s the starting point; it’s not the only point.”

We are excited to celebrate with the Royal Academy of Dance in 2020. To learn more about the organisation and centenary events, including the Shaping Bodies, Shaping Minds conference in January, visit www.rad.org.au.

By Laura Di Orio and Deborah Searle of Dance Informa.