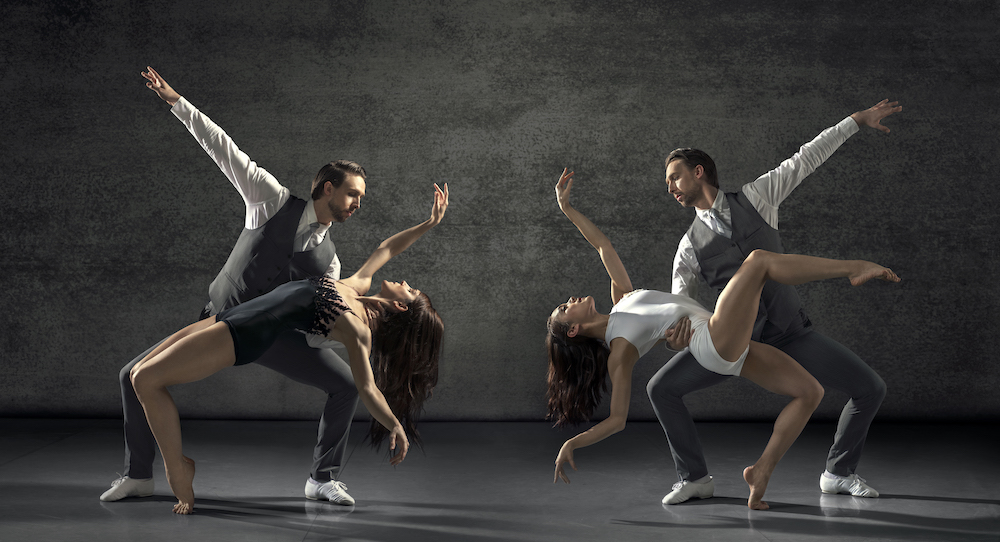 The New Zealand Dance Company (NZDC) performs the second leg of its first national tour of Kiss the Sky, which kicks off on 1 May at The Opera House in Wellington. The May tour expands into a triple bill featuring Korean choreographer and composer Kim Jae Duk’s Sigan, New Zealand’s Victoria Colombus’ The Fibonacci, and Stephanie Lake’s If Never Was Now. For more information on Kiss the Sky or to book tickets, visit www.nzdc.org.nz/node/kiss-the-sky.

With official approval from the George Balanchine Trust, International Ballet Workshops (IBW) is very excited to be bringing the IBW Winter 2019 “Balanchine Series” to Australia and New Zealand this July. This is a rare opportunity for Australian and New Zealand ballet

IBW will have Elizabeth Walker, travelling from New York City, to join the workshops as International Guest Teacher. Walker spent 19 years with the New York City Ballet, during which time she performed multiple principal roles by George Balanchine and Peter Martins, and was a featured dancer/demonstrator in the video series, “Balanchine Essays”, a visual catalogue of Balanchine’s teaching points and style.

Dance Aotearoa New Zealand (DANZ), with support from Sport New Zealand, has embarked on a programme aimed at boasting physical literacy, activity and movement among New Zealanders, with special attention to children and young people. Initiatives for 2019 include the expansion of New Zealand Dance Week to a greater number of regions and many more dance workshops for teachers. DANZ Executive Director Sheryl Lowe says, “These initiatives, with an emphasis on youth participation, flow from consistent research findings that confirm the critical role of childhood experiences in the development of skills, attitudes and confidence required for lifetime participation in active pursuits that promote health and well-being.  It also has a focus of contributing outcomes of long-term cultural, economic and social value that are consistent with the ‘intergenerational well-being’ approach to national growth adopted by Government.”

RNZB Artistic Director Patricia Barker originally commissioned the work in 2012, and also designed the costumes for the production. Barker describes it as a Swan Lake for our time and says, “It tells the classic story, expressing the complexity of human emotions and speaking directly to the heart and mind.”

Siegfried is caught between two women – the black swan and the white. Tormented by his alter-ego Von Rothbart, Siegfried fights desperately against his own mortality while seeking refuge in relationships with two women as he struggles with ideal love, seduction, infidelity, guilt and betrayal.

Black Swan, White Swan opens in Wellington on May 31 then travels to Auckland, Palmerston North, Tauranga, Christchurch, Dunedin and Blenheim until July 6. For full tour dates and to book tickets, click here.

RNZB will also present Tutus on Tour during May, with performances in Kerikeri, Whangarei and Gisborne. The programme will be a mixed bill of family-friendly classical favourites and contemporary works, as well as educational events for local school children.

The company revisits its roots with August Bournonville’s Napoli and Flower Festival at Genzano, which have been part of the RNZB repertoire since the 1950s, when they were staged by Danish founding Artistic Director Poul Gnatt. The company will also perform contemporary work Nae Regrets by award-winning choreographer Brian Enos, the Flames of Paris pas de deux by Vasily Vainonen, and the enchanting Fairy Doll pas de trois from 19th century Vienna. For more, visit rnzb.org.nz/shows/tutus-on-tour-2019.