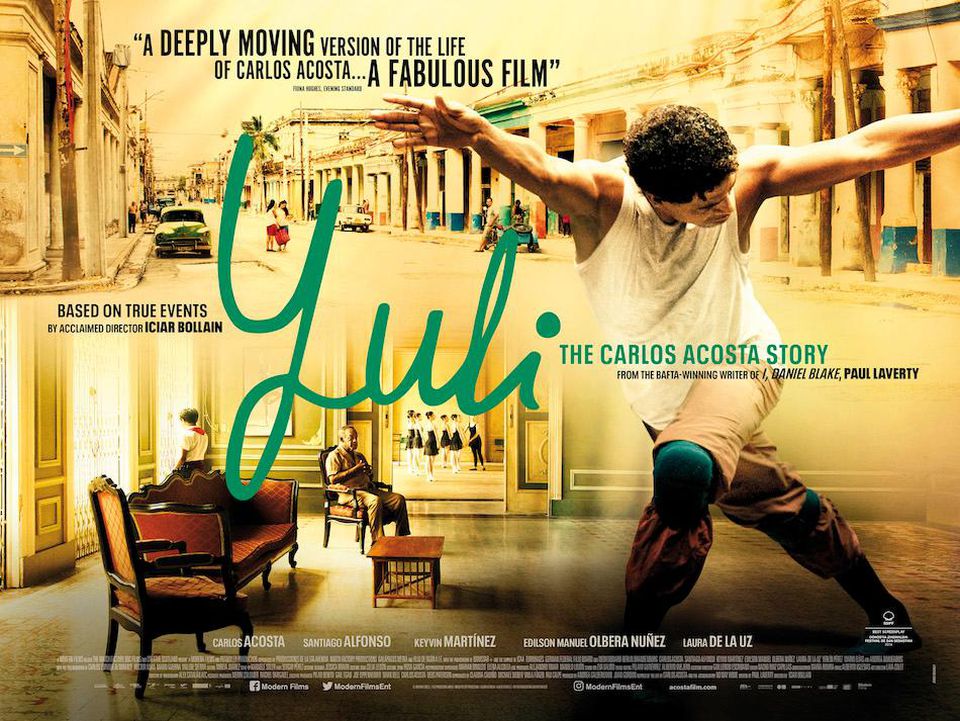 Australian fans of dance films will have a rare opportunity to see a film in which both the dance scenes and the life of a dancer is pivotal to the story. Yuli is a celebrated biopic of The Royal Ballet’s Carlos Acosta and has many similarities with the 2016 Dancer documentary of Sergei Polunin in its examination of the sacrifices dancers make to succeed on the world’s premiere stages.

Yuli is a drama directed by Spanish director Icíar Bollaín, and portrays Acosta’s impoverished childhood in Havana, Cuba, to his painful but spectacular rise to principal danseur at The Royal Ballet in London. It’s an affirming tale illustrating the universal drama of dance behind the scenes, while showcasing the dramatic talent of Acosta and his place at the Royal.

The story is told in flashbacks with the premise that Acosta is developing a dance biography where we see the company rehearsing the performance. Acosta plays his older self, reminiscing on his childhood as well as his abusive father. Actors playing multiple roles is more commonly used in comedies, but in Yuli, it works well, endowing a number of scenes with poignancy and impact.

Australian audiences have an opportunity to watch this international release during the 2019 Moro Spanish Film Festival, which runs through 25 May. On 20 April, the Canberra premiere hosted a special event sponsored by the Cuban Embassy of Australia. Yuli will also be showcased during the 2019 Sydney Film Festival from 5 – 15 June. The dance film is not to be missed.