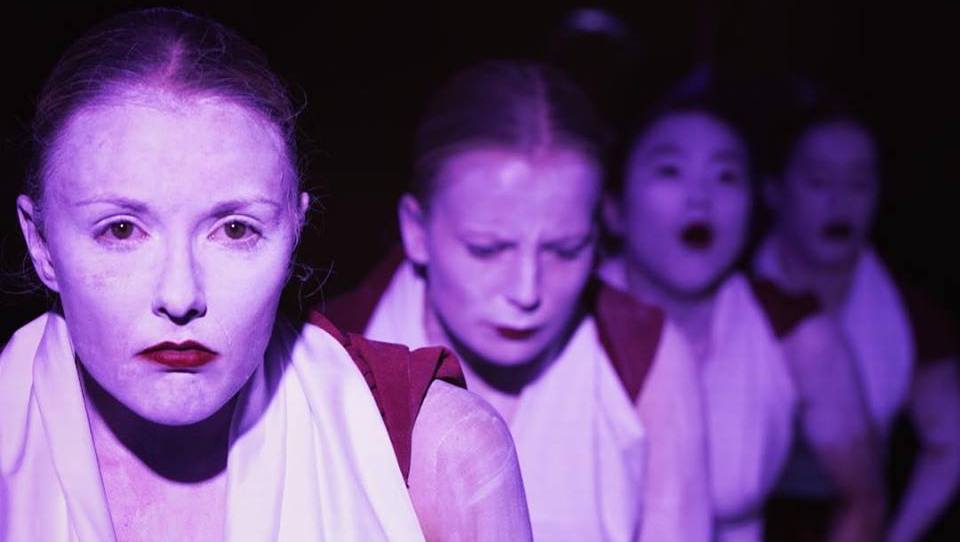 Dance Informa caught up with Angela Hamilton, who is the artistic director of Sydney’s Twisted Element, a community-based performance company that performs an eclectic mix of theatrical contemporary dance and immersive installations. Hamilton’s vision of dance creation is very much an independent vision that defies the narrow/traditional path of dancing for a renowned company, then angling for the limited choreographic opportunities and commissions that emerge. This “just do it” kickstarter approach is one of the ways dance continues to survive independently in an environment of scarce and shrinking Government support.

Where did the concept of being a choreographer and having your own company begin?

“I was always very artistic, and I started painting from a young age. I was very shy and my family moved around a lot, so art was my solace. But it was good because it developed this imaginative side, to keep me company. An introvert.

When we moved to Byron Bay, I met ‘my best friend’, and she danced. We found common ground — both having gypsy mothers, and we both loved creating things. We’d create movie scenes, choreograph dances. We were in this crazy creative world of our own.”

Where did your main influences come from?

“I started dance classes, ballet and jazz classes, in 1999. The teacher at the Byron School of Dance was very encouraging and recognised that I had the feet and legs to be a dancer. And after about a year, I thought, ‘I want to dance. That’s what I want to do with my life.’

So I worked my butt off and improved really quickly. After three years at the Byron School, I decided to do full-time dance, and I was accepted into the Newtown High School of the Performing Arts and went to Brent Street in the afternoons. My family supported and encouraged me, particularly when I moved to Sydney at the age of 15, where I stayed with extended family who helped me financially.

So at 19, I decided I would go overseas and get into a dance company! But that failed miserably because I was so naive. I just thought some company would take me, so I auditioned for Nederlands Dans Theater and all these crazy big companies. I took class after class with these world renowned companies. I can’t believe they let me do class. But It was an amazing experience.

Then I continued on to New York and continued auditioning, but I realised I was just trying to fill the dance world’s expectations of what I should be, and this wasn’t the path I wanted to take.

The pivotal moment came when i discovered the work of Alex Gray in New York. A visionary artist who did these psychedelic paintings of the human body. And I saw this visionary artist who was doing exactly what he wanted to do. And not following anyone else’s path. So at 21, I said, ‘Stuff it, I’m going back home to start my own company.’

So I came back to Sydney and started Twisted Element. Except I didn’t know much about contemporary dance, so I also did full-time classes with Ev and Bow. Sarah Boulter taught me a lot about movement qualities, and she mentored me a bit as well, because she knew I wanted to be a choreographer. I had been acting out of naivety up until then.

Then I moved to London, because I still had this idea that I needed to dance in order to be recognised as someone with credentials to be a choreographer. I ended up becoming a full-time art model. That really changed my perspective of how the body works in space. It also changed the way my brain worked. I knew I wanted to do immersive performance before I went over to Europe, and the two years of modelling changed the way my brain worked and the way I perceived imagery.

I had no idea that there was this underground modelling world over there. If you have some sort of amazing visual aspect like a fire breather or something, you get work. So I used my dance ability and quickly learnt how to conceptualise the shoots. I would bring in interesting objects and use them in the shoot and explain the concept.”

If you weren’t limited by money, what would your ultimate production be like?

“If we weren’t limited by funding, I see Opus, our previous production, as becoming famous. Opus is epic – an hour long – whacky and magical. Our heads were covered in LED lights, it was pretty spacey, and I’d like to make it a virtual reality experience.”

And where will you take Ritual?

“Ritual? It’s too early to know, but I’d like it to be one-and-a-half or two hours long and make it more of a journey — an immersive theatrical experience, interactive, psychological and have a twist at the end. Ritual is more subdued than Opus.”

What is the company structure, and how does it work?

“The dancers all work, and we split the profits. I actually paid myself $200 for Ritual! The first time I have paid myself. And I decided that from now on, we’re all getting paid! The dancers are so on board. We love one another; we’re all really good friends. We have 10 dancers now. There is an unspoken structure, and one of my dancers has an unspoken Assistant Director role because she understands how my brain works.”

Where do you find your dancers?

“I hold an audition, and they come. I just do it.”

“We’ll continue to develop Ritual and hopefully premiere the full version this June. We just need to keep going and turn over performances more often to build our reputation and build momentum. The best way to find success is to build a repertoire, and things will come from that.

We want to be challenged, and we want to challenge the audience. I really like the idea of pushing people out of their comfort zone, in a safe way. I don’t want to be put into a specific category, which is why I call it Twisted Element, not Twisted Element Dance Company.”

And do you have a day job ?

“Yes, I run a youth company, which is a program for young dancers nine to 19 years old.”