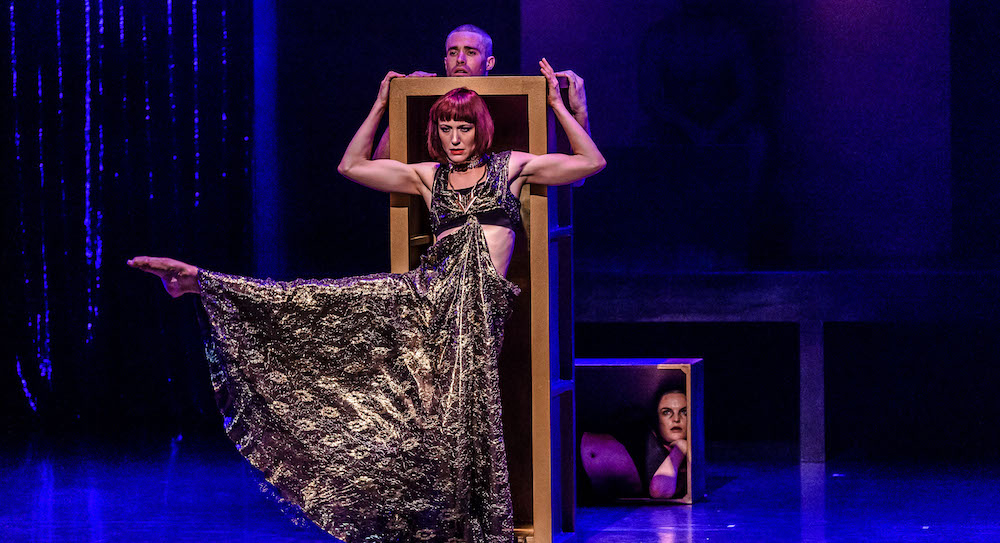 After 10 years with the company, dancer Elise May is retiring from Expressions Dance Company (EDC) in Brisbane. She has had a stellar career with EDC, starring in more than 45 productions and winning an Australian Dance Award. May is set to continue passing on her knowledge by lecturing at Queensland University of Technology in Brisbane. Here, Dance Informa speaks with the lovely dancer on her retirement and what’s to come next.

Congratulations on announcing your retirement. Forty-five productions with EDC is incredible! Which performances, collaborators, choreographers, tours stand out as particular highlights for you?

“I’ve always felt so lucky to be a dancer at EDC and in particular an ensemble led by Natalie Weir and her artistic vision. We have participated in incredible overseas collaborations with artists in countries such as China, the UK and Switzerland. Natalie’s vision for EDC’s international collaboration was unique. Many companies tour performance works in foreign countries, but few have the privilege of working and living in and really becoming exposed to the place through its people and culture. Each time we collaborated with overseas artists, we lived for a month, (sometimes longer) in a new country, and in co-producing performance seasons together we invited those companies to Australia. My experiences of these incredibly rich cultural collaborations and exchanges have shaped me as a person and as an artist. We were also involved in some exciting home collaborations, in particular a Brisbane Festival work, ‘Dance Energy’, in 2012, in which EDC, Dance North and Queensland Ballet joined forces to create a combined program. I’ve also worked with countless Australian choreographers whom I have admired for many years. I feel so lucky to have experienced so much.”

You have been part of EDC since 2008. What exciting changes have you witnessed within the company over the past 10-plus years, and what do you hope the company continues doing going forward?

“Before joining EDC, I had worked with Natalie Weir (during my years training at QUT) and was aware of her impressive body of work as a freelance choreographer. I was literally pinching myself when Natalie took over EDC. I had known a whole generation of dancers who would have gone to great lengths to be in my position.

Elise May in ‘Behind Closed Doors’. Photo courtesy of Expressions Dance Company.

The funding reality, however, for the company at the time was not one that one would expect. The first few years with the company were particularly tough, even as Natalie set out to achieve her new artistic vision, which included growing the ensemble of dancers and staging some large scale creative works. I think my working contracts in those first few years were approximately 32-36 weeks per year. This meant finding other work to pay the bills and/or grants to continue working creatively. I had worked independently as an emerging choreographer and performer before I joined EDC, so I tried to continue my independent practice in those down times. The dancers and creatives who worked for EDC have always given so much to the company, and it has been the spirit of its people and the artists that have allowed this company to flourish. Despite these early limiting factors, Natalie set about instating her grand vision for the company, and her bold signature works for EDC began to be recognised within Australia and overseas. Her partnership with QPAC (Queensland Performing Arts Centre) was a huge step forward for the company, as so many of our works reached larger and larger audiences. We slowly but surely began to tour and started our international collaborations and begin to expand our activities into new territories. Many exciting areas opened up for the company in terms of youth engagement, in particular the Brisbane Contemporary Dance Intensive (BCDI) which connected many aspiring young dancers with the company, and recently this expanded again which saw the introduction of the EDC Youth Ensemble. I am so pleased to se these initiatives continue in 2019 and beyond, as it is so important in connecting and nurturing the new generations of dancers in Australia. EDC also produced seasons such as ‘Solo Festival of Dance’, Propel and Converge seasons. These were such exciting initiatives which invited choreographers from interstate to Brisbane to create works for EDC and Brisbane audiences. Despite living in Queensland, I became exposed to the work that was being made in other areas of the country and was privileged to work with so many exciting Australian and international artists.”

The industry has also shifted over that time. Besides passing on your dance knowledge, what things about the industry and company life might you pass on to the students at QUT as part of your new role?

“With the shifting funding climates and fewer companies in Australia, getting work in a full-time capacity with a company (especially as a recent graduate) can be a tricky path to navigate. I am interested in passing on as many skills as possible to the students in my new position at QUT. Being able to perform well or have good technique is only the tip of the iceberg when it comes to the skill-set that dancers need in order to create a career in dance. Too often we think of the dream job in a dance company as being our only career aspiration, and this can trap us into being close-minded about the possibilities that exist for us to be dance artists in the broader community. As I mentioned, I worked for many years as an independent artist, teaching, collaborating and making work before joining EDC, and these years informed my future trajectory by providing me skills, knowledge and diversity of experience that I think have helped me to build a sustainable career in dance. I think in 2019, more than ever as educators, communicating and facilitating this open-mindedness is so important as we cultivate our future generations of dance artists.”

Your career has had a strong anchor point in Brisbane. What do you love about Brisbane and the community of dancers within Queensland?

“Brisbane has always had a very small dance community, particularly in contemporary dance, and I have always noticed the tendency for QUT gradates to migrate southward to find work. This has of course fluctuated significantly over the years. When I first graduated, I travelled and worked predominantly with artists in Sydney, Melbourne and Canberra, but interestingly, I kept being offered short term contracts in Brisbane. I think at the time there was only a small pool of dancers who were working independently in Queensland, and that appeared to work in my favour and I kept being drawn back to Brisbane. I love that the Brisbane dance community is all embracing and supportive, and I feel that as a city, Brisbane is still in its creative infancy but has so much potential. It’s exciting to be witnessing and contributing to that growth.”

Lastly, company life as a dancer can be both the dream and a lot of hard work. What are your tips for young dancers who may have just got into a company or auditioning for company roles to have a long and fruitful career like yours?

“My advice would be to identify your own unique point of difference and fill your tool-kit with as many creative skill-sets as possible. Individuality is key in contemporary dance, and when your passions align with your purpose and you remain true to your own unique voice as an artist, positive experiences will come your way. Those dancers who are able to confidently and creatively learn and unlearn new pieces of information and are able to embrace a multitude of ways of working will have the advantage in a new learning environment such as secondments and auditions. Instead of relying only on auditions to find work, I would encourage all young dancers to take a more pro-active approach to making their dreams become a reality by working away at making new connections, creating their own work and becoming exposed to the world of dance by active participation in a many dance activities and events as possible. Eventually, if and when an audition falls into place, you will have done all of the necessary ground-work to put yourself in the best possible position to be employed as a dancer.”