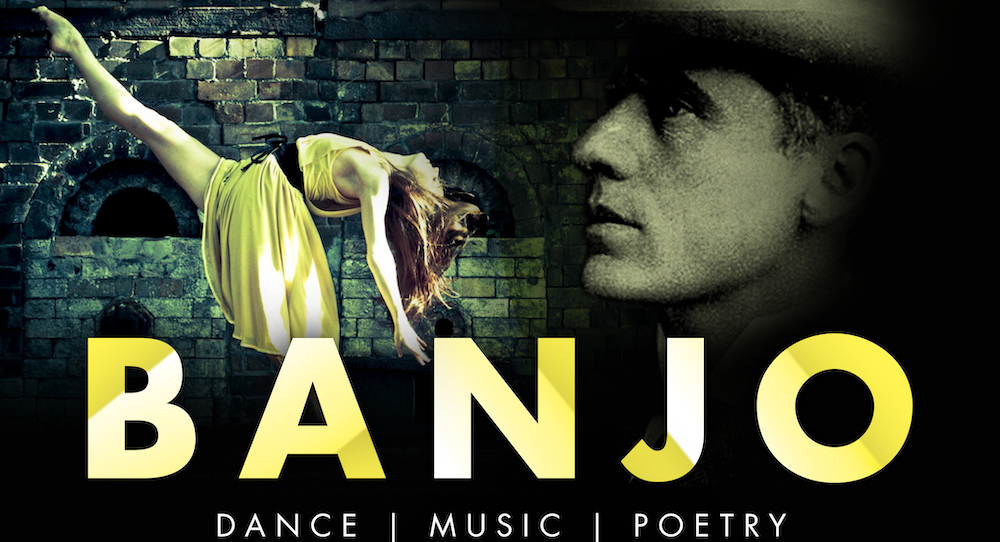 When a former member of Hi-5 and his dancer wife quit the city for the country, they were not only following the “lifestyle” migration trail but sowing the seeds for one of the more surprising and thematically timely dance works of recent times. Indeed, Banjo (which broke the record for longest running production in its creators’ new home town when it debuted last winter), is one of those rare beasts that dares to skirt the dangerous line between inspired and “red hot mess”.

At least that’s how New Zealand-born, ex-children’s entertainer Tim Maddren recalls how he felt when he and wife Steph first dreamt up the idea of combining contemporary dance and Coldplay to explore the life and works of 19th century lyric poet A.B. “Banjo” Paterson. Perhaps he need not have worried because Banjo was not only a hit in the Maddren’s adopted hometown of Port Macquarie but has returned this week for a tour through regional NSW and its big city premiere in Sydney.

“To be honest, there’s a bit of debate about how we came across Banjo Paterson,” Maddren admits. “I don’t remember having the idea, but my wife said that she suggested that I have a look at Banjo; but what happened is that I started reading him and I came across this poem called Clancy of the Overflow. My wife and I had just left Sydney, and the poem talked about the dirty, grimy, oppressive city and this man dreaming of wide open spaces. Well, we’d just moved from the city to have freedom, to be able to create, to live by the beach, all that kind of thing. So, Clancy sort of mirrored our lives.”

However, the Banjo Paterson aesthetic has found its way into Australia’s official self-myth. It conjures images of The Bush and evokes a nostalgic vision that favours what it regards as rural nobility over decadent modern cities. In Banjo’s world the farmer, the shearer is king; and the king is always a white man (even if he’s also a thief).

Fast forward to 2019, and it’s not hard to see the same yearning for the country, the same disquiet about urban life and suspicions about modernity. And here is where a certain UK pop phenomenon comes in. As Maddren explains, “When we started to combine Coldplay’s music with Banjo Paterson’s poetry, we found that they had the same themes.”

This might seem counter-intuitive at first, but Maddren’s point is well observed. “First of all, there’s two different styles of Coldplay; one’s heavily produced and the other is more folksy. So, we started matching up the heavily produced tracks with urban life and mixing the folky type tracks with the country and that great ideal. The city was all about ambition and loss and searching for freedom, like an urban torment but with a natural solution. Look at the stars, look how they shine for you.”

If that seems like an unexpected combination, the story of Banjo as a dance work is also one of unusual fusion. The three dancers (Steph Maddren, Michael O’Mullane and Darren McIntyre) come from different schools of technique and style. Although combining dance forms is hardly unique, as Maddren recalls, finding the balance was fraught. “We branded this as a contemporary dance piece originally, but then we argued about it all through rehearsal. Michael is contemporary and aerialist trained; Steph is WAAPA trained, but then she started Ministry of Dance with Jason Coleman in Melbourne, and she’s more commercial; and then Darren is mainly ballet. But in rehearsals, we immediately ran into trouble because everyone had a different version of what contemporary was, and none of them worked. Synergistically, it just wasn’t right.”

Yet, if the success of Banjo proves anything, it’s that seemingly oppositional ideas can be made to coalesce. In fact, as Maddren puts it, even after their record-breaking run in Port Macquarie last year, “it was obvious to us that the dance element needed work, so we brought in Amy {Campbell, In The Heights] to shape the dance more. So, we’ve made some changes, which make things clearer.”

But of course, the show’s success is not simply about clever collision, nor indeed the popularity of Banjo Paterson or Coldplay. Rather, at least subconsciously, it’s because it leans into the various dreams and neuroses of the 21st century west. More particularly, it picks up on a deep seam of anxiety seeded in the aftermath of industrialisation, when our society severed its connection with the land that sustains us.

Placing this in its Australian context, Maddren reminds us that Banjo Paterson was heavily criticised in his heyday by another of the nation’s iconic literary names, Henry Lawson. “Lawson said, ‘You celebrate The Bush and yet you live in the city. What’s that all about?’ So, they had this poetry jam in the 1890s that spoke about whether it was better to live in the city or the country. In a complex way, Coldplay’s music sort of questions that as well; and so the whole piece, in short, kind of looks at that city/country thing.”

Drilling down further, what this reveals is something more fundamental than a debate about location. As Maddren contends, “What this says about us is that we’re not happy. And so, the last song in the piece, ‘Paradise’, asks just that: where is paradise? Are we ever gonna be happy?”

For tickets to Banjo, visit http://banjoproduction.com.au/buy-tickets.html