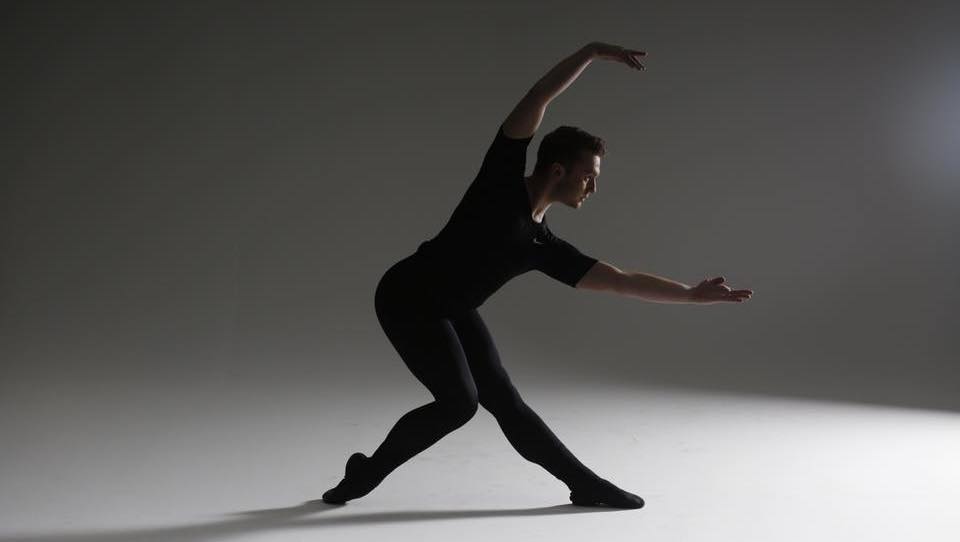 It takes enormous physical strength and stamina to be a male ballet dancer, but it also takes incredible mental and emotional strength. Why? Because even though ballet for men is more socially acceptable than it once was, most boys who do ballet face an awful lot of ridicule and bullying.

To make the social stigma of ballet even more challenging for boys, they often find themselves being the only boy in a dance class, which can be a very isolating experience. This is one of the reasons that Jake Burden of Ballet Brothers started an organisation dedicated to bringing male ballet dancers together.

“One day, I had a private lesson with a boy, and I could see that something wasn’t right,”Burden recalls. “He started to open up gradually about troubles at school and his father, and then he started telling me more and more. I thought, ‘It can’t just be him,’ so I started to bring up conversations in private with my other boys. I discovered a common thread about not being supported, not knowing who to talk to about it, and struggling in school.”

Burden continues, “So I decided to get as many boys as possible in one class. We do ballet, male technique and talk openly about what we’ve been through. I’ve been to Sydney, Melbourne, Brisbane and Newcastle. It’s been amazing because they’ve opened up and talked about tiny and huge issues. So many boys have experienced the same thing. It makes them realise they’re not alone. Often they’re the only male in their whole school. To be in a room of 30 boys saying the same thing helps them realise they are not the only one.”

The most rewarding thing for Burden is hearing about the impact that the Ballet Brothers experience has on the boys who take part.

“I let the parents watch the last 20 minutes of the workshop,” he says. “Many come to me at the end, or send an email to say how much their boy is opening up about the things happening at school. It’s really gratifying for me, but it’s even more important for the boys.”

Working with Project B

Soon after Burden started his workshops for boys, he was approached by the Royal Academy of Dance (RAD) to be involved in Project B, a range of RAD initiatives to widen access to dance for boys and encourage them to take up ballet.

“I think the RAD approached me because we have the same intention, which is to support and encourage boys,” Burden says. “In Project B, we joined together and did the Danseur premiere in Sydney, and a workshop at the RAD autumn summer school last year. I also did a workshop at the RAD autumn school last year. It was very successful and positive, and I had a lot of positive feedback from the parents.”

The RAD held an event to screen Danseur, a film which examines how men in ballet overcome the struggles of social bias and features artists from major ballet companies, followed by a panel discussion. Burden was part of the panel of dance experts who discussed the film following the screening.

Burden, who started ballet at age nine, said the movie Billy Elliot had a huge positive impact on him and helped him realise he wasn’t the only boy who danced.

“I really related to that movie,” he reveals. “It’s what so many boys experience. My dad wasn’t exactly thrilled when he found out I started dancing, but as I’ve gotten older, he’s one of my biggest fans. Also one of my bigger inspirations was seeing dancers on screen, like Michael Flatley. He was so strong and powerful, and it made me sit up and want to do that, to be on stage.”

Burden adds, “Before I started ballet, I was a gymnast and was asked to train for the British team. But my cousin was a dancer, and I just loved the music. I was always waiting outside for her. One day, a teacher asked me to point my foot and said, ‘Come on, you have to join a class.’ So I joined one class and then found myself dancing six days a week, giving up gymnastics for it.”

Gymnastics seemed to be a more socially acceptable way for a young boy to use up excess physical energy, and that was the pathway into dance for Burden.

“As a child of three, I had endless energy, and my mum had no idea what to do with it, so they put me into gymnastics,” Burden explains. “I loved it because I could use up all my energy and flip around. That really enhanced my dance career because I’ve learnt flips and have been able to use them in ballet, like in Romeo and Juliet, when I had to do aerials.”

Burden goes on, “Gymnastics is seen as stronger, and is called a sport; however, there is still the same stigma and stereotypes because they have to wear leotards. So from the personal appearance thing, there is some stigma, but I don’t think it’s judged as harshly as ballet is for men. Even though we have to have the strength to lift girls above our head and throw them around.”

As a young male dancer, Burden experienced his share of bullying, and his work with Ballet Brothers has made him realise how common the experience is for boys who dance.

“It was a difficult time in my life,” he reflects. “The thing that got me through was knowing exactly what I wanted to do and having super supportive parents. And I got to an age where the bullying got so extreme that I said I can’t go to school anymore. I looked at other avenues, and knew that dance was the only thing I wanted to do. I auditioned and got into a dance boarding school and trained there.”

He adds, “I’ve seen about 150 boys in my workshop and have spoken to them all about it. I think I could count on one hand the number of boys who haven’t had anything negative said to them. It’s very common around between ages nine to 13. That’s the age most boys drop out. Usually, it’s from a passing comment like, ‘You do ballet? That’s for girls.’ And they’ll be embarrassed. Things stick with you for a long time, even the smallest thing. My biggest advice is to speak up about it and talk to people about it. I say that to a lot of my boys often. Boys don’t really like to talk and show emotions, but you see a lot of cases where it gets a little darker, even suicidal, because they don’t feel accepted. Now I can pass on my experience and tools as a dancer being bullied to these boys. About what to say and how to avoid vulnerable situations.”

It’s such a shame that so few boys do ballet, especially when their ability to express themselves becomes more difficult at the onset of adolescence, and when they are dealing with powerful emotions.

“I think my favourite thing about ballet is being able to portray different characters,” Burden says. “That’s the most fun part of being a dancer. Basically expressing yourself through the music and the movement without having to talk, without speech.”

He continues, “In society, it’s frowned upon, men doing dance. Not just ballet, all dance styles. But it gives boys the freedom to express themselves in a certain way. Even for jazz as an example, or a male ballet class in a jumps class, if they are super frustrated they can jump through the roof. The energy and power is a big emotional release for boys.”

While most people get that male dancers have it tougher in the world outside the studio, because of the teasing and bullying, it might seem like inside the ballet class they have it easy. Burden admits there are some great things about being the only boy in the class, but there are disadvantages as well.

“Because you are the only boy, you feel special in that class,” he expresses. “But if you have a female teacher who doesn’t know the boys steps or how to teach them, it becomes a problem. I’ve come across a few boys who are doing syllabus or classwork that is extremely feminine. It’s not that all female teachers don’t know how to teach boys, but it is positive to have a male in the room. Not just to show the steps, but to be a role model. A supportive male role model in the room lifts boys’ spirits and gets them more motivated. And they start that competition thing, like, ‘I’ll show him how many turns I can do.’”

Burden suggests that some things female teachers can do to accommodate boys in class include the words they use, and making sure they teach male steps.

“Words can make a big difference,” Burden says. “If the teacher always says ‘girls’, it can make the boy feel like he is not seen. Teachers will say things like, ‘Girls, run to the corner.’ The boy will go because he knows he’s supposed to. It’s a tiny thing, but the more it happens, the more frustrating it is. It helps if the teachers knows a few key male steps, like tour en l’air. Boys in any company and nearly every genre will have to do a lot of turns, so you can really focus on that with boys at a young age. They love to spin out of control and do three, four or five turns, if they can.”

Burden adds, “And make sure you know the boys’ work in the syllabus. Most syllabi do have specific arms and start positions for boys. Tell the boy at the start, rather than waiting and telling them later.”

RAD Project B is bringing Burden to the Victorian Dance Festival to run a Boys Open Ballet workshop for dancers 14+. The festival will run from 13 to 14 April at Batman Royale in Coburg, Melbourne.

“My focus will be on creating a great time, and getting all the boys together and teaching some male specific technique,” Burden shares. “The workshop is an hour, mainly a class situation, but in the last few minutes, I’ll add in some male-specific things, and then if we could grab a conversation at the end, that would be great.”

For more information on Ballet Brothers, visit www.balletbrothers.com.
To meet Jake and take class with him at VDF, visit www.VDF.com.au