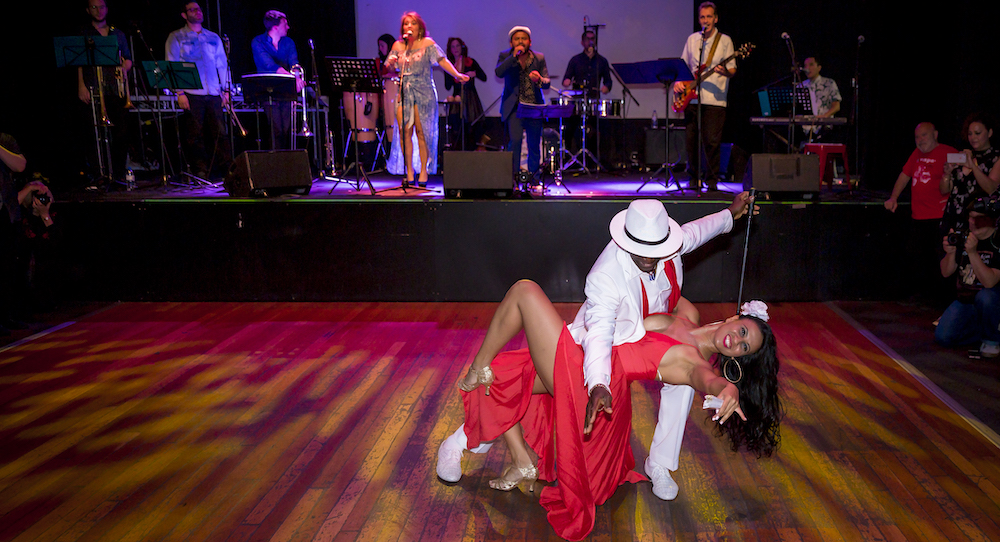 Some think it sauce, others know it as dance. Indeed, there remains some contention about where the name and the purpose of its application came from. However, there is little doubt that salsa has spread far and wide from its New York origins half a century ago and that this high tempo Latin dance form is now one of the best loved social dance styles to emerge since ’60s pop culture banished the hold.

In fact, even in the digitally atomised age of “doof”, salsa still brings the spice. With its blend of Latin and Afro-Caribbean influences and a lineage that traces a line through Cuban son, mambo and boogaloo, it draws together a number of street and social dance traditions. Like so many forms that began in migrant communities, or were seeded in folk practise, salsa is sexual, exuberant and escapist. It is wild at heart. 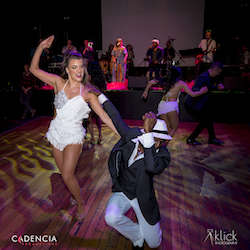 For lifetime dancer, and now producer, Anna Griffiths, her own migration from theatrical forms (ballet, contemporary, jazz) to the domain of Latin social dance was a deal sealed by the soundtrack. As she recalls, “Actually, I fell in love with the music, and that’s what really made me want to continue.”

In this, there is clue to the upcoming “origins of salsa” event she is currently working on. Called Ay Pachanga, it is Griffiths’ paean to the NY street scene of the late ’60s/early ’70s that gave birth to the moves we now recognise. What’s more, she has focused the sonic theme of the evening on the now legendary Fania Records, the label that became synonymous with salsa style.

Here is where some of the dispute about salsa’s development focuses. “Well, ‘they’ say that salsa was more a marketing label,” Griffiths elaborates. “You know, it was the umbrella for lots of different musical styles and that the record label, Fania, were signing up all these amazing performers and that rather than calling them all the different styles, they said, ‘Let’s just call it salsa,’ and that was really where it was born.”

Although some will argue the point (insisting that the term predates Fania by decades), it is hard to deny the label’s pivotal role in coalescing and popularising the sound and the dance. With stars like Celia Cruz and Héctor Lavoe on its roster, Fania represents the core musical lexicon of salsa. And it is on this playlist that Ay Pachanga will concentrate, with a live 10-piece band and a DJ pumping out the tunes for performers and punters alike.

“The audience will be able to dance through the whole night,” Griffiths explains. “The show will happen in three sets, and so it will be like pop-up performances. It has this real kind of club vibe, like something you would have experienced back in the day. So, it’s not formal; it’s very energetic. It’s a ‘night’, rather than a straight show.”

By structuring Ay Pachanga like a club night, Griffiths is staying close to the roots. “Salsa was born on the street,” she reiterates. “It was very much a street dance rather a formal thing, so that’s the vibe we’re going for. Organic, high energy, social. That kind of thing.”

Of course, the social aspect of salsa is part of what keeps it alive and drives its evolution. Just as the music draws together influences from multi-ethnic sources, so the dance mixes moves from communities across the Americas. “I believe that the dance form itself comes mainly from Cuban son, which is a really old style of Cuban dance,” Griffiths illustrates. “But from there, it’s really become its own form. So, it started more like boogaloo, but these days there’s a bit of mambo thrown in, there’s Afro kind of stuff, and now the modern day stuff is quite ballroomy.”

Either way, Griffiths is confident that come March 30, Sydney’s famous Manning Bar will have room enough for everyone’s take on salsa. In addition, Ay Pachanga will feature performers like Carmen Alicia and Richard Valdez, a special video montage from acclaimed filmmaker Matthew Ramirez Warren and a pulsating set from DJ Senor Bolivar.

Although she will not be on stage this time round, Anna Griffiths knows that salsa, like any good sauce, is as tasty as its ingredients. Her current role is to mix them well. With a distinct smile in her voice, she says simply, “You know, salsa is a collective thing.” The only question is: what can we add to the dish?

Ay Pachanga will be presented on 30 March at The Manning Bar. For tickets and more information, visit www.manningbar.com.