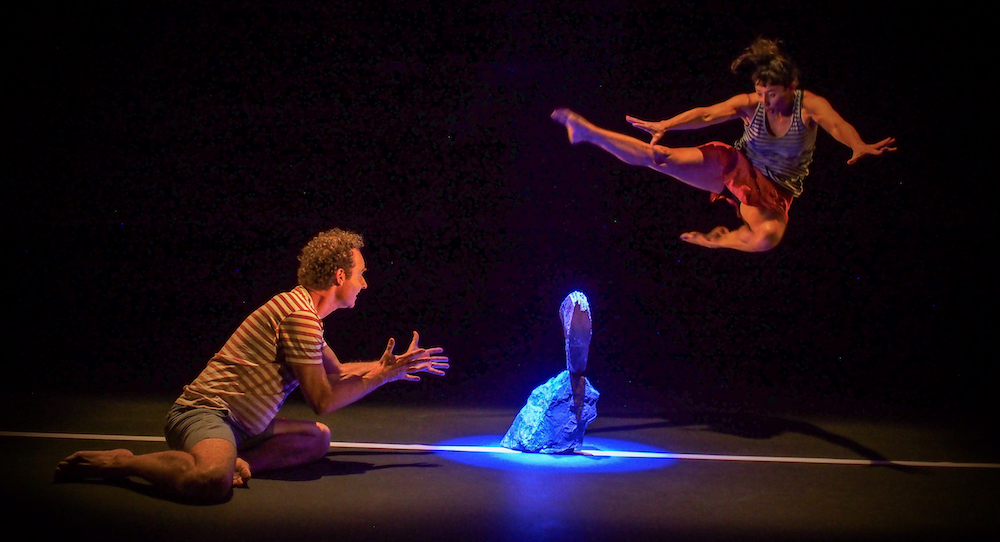 Dance, like sport, can be a short dated pursuit. Come 30, the injuries are piling up, and younger, prettier, more energetic competitors are pressing hard for your spot. The “real world” question this poses is: how can a career in dance be sustainable long-term?

Typically, the response has been to segue into teaching or choreography, but in the era of the so-called gig economy, this trajectory is not quite as linear as it once seemed. Indeed, for all the challenges of uncertainty thrown up by technology, economy and the dissolution of traditional “company”-based models, new opportunities have merged for artists of all kinds to find and create avenues for their work.

In this regard, the career arc of Adelaide-based dancer/choreographer Katrina Lazaroff straddles both the old and the new. Having just taken over the role of director at The Mill, she now finds herself at the pivot point, working as both an artist and a facilitator for others. With her own company (One Point 618) still bubbling away in the background, Lazaroff now fronts an organisation that aims to incubate creatives across artforms by supporting them towards artistically and financially viable careers.

Reflecting upon her own journey from independent dancemaker to arts management, Lazaroff explains, “I guess I dedicated my life to my company for five years, but, inside that, I had the whole education side and I was also producing shows; but I got to a point of, I guess, change and burnout. So, I started to do less of my own projects and went back to freelancing. I sort of streamlined things, so it was less about that slog of running your own company; and in that process, I felt I was changing as a person and I started to feel like I just wanted to facilitate other people’s practise and help them have a career like I’ve been lucky enough to have.”

That career began in the late ’90s, working with independent dance creators in Adelaide before she moved to Perth to work with Buzz Dance Theatre. Later, back in her hometown, she worked as an assistant choreographer with Leigh Warren before she staged critically lauded works like Pomona Road and Involuntary. In addition, she spent several years honing her teaching skills. Indeed, curiously, one of the people she previously mentored was a young woman named Erin Fowler, who later went on to co-create The Mill.

As Lazaroff observes, “I had kind of followed the journey of The Mill the whole way because of that connection with Erin, and so then when I was ready to come in and assist her, I found this incredible passion, and, I guess, it’s just been a shift to using all the knowledge I’ve gained in the dance industry to help other people.”

The Mill’s mission, in their own words is “to broaden the…lens for artists to look nationally and internationally through partnerships and exchange/presenting opportunities” and, as such, they offer residencies, affordable studios, masterclasses and exhibition spaces. Amongst this, they have a significant focus on dance, with various professional development and creative programmes. Visiting masterclass presenters have included Akram Khan and, this March, Adelaide dancers will have the chance to take class with Hofesh Schechter (while he’s in town presenting Grand Finalé at the upcoming Festival of Arts).

From the director’s chair, Lazaroff finds herself in the strange position of being both outside and within the hustle and bustle of carving out a career in dance. “Sometimes you might have ‘up-and-comings’ with lots of energy come in and do things that myself and others have done; like you know, ‘I’m going to make so much happen and get the scene flourishing’ and all that, and then they discover how difficult it is,” she notes. “People think they’re discovering things for the first time, but if you go back 20 years, you can see that people have tried that. So, it’s not that you treat that with arrogance; you’re just kind of looking and going, ‘Good luck, you.’”

In the South Australian context, the hurdles for artists are that much harder. As a relatively small and conservative market, where long serving stakeholders tend to dominate key creative and decision-making roles and cliques crowd out the space, part of The Mill’s brief is to make it viable for local artists to stay in Adelaide. As Lazaroff says, “A lot of people still feel they need to leave, and so The Mill is partly about helping those people but also the whole culture here, not just dance but all the arts.”

For both Lazaroff and The Mill, one of the core challenges is that the arts space has altered radically since the internet exploded distance. Indeed, next-gen artists are net natives, with all the benefits and shortcomings that entails. As others have also observed, Lazaroff sees young creatives responding to the cultural and economic conditions with a mix of optimism and pragmatism. “What I’m noticing is that people are more independent,” she elaborates. “They’re running themselves as businesses straight out of college and they’re sort of jumping from one thing to another, being very adaptive, because they’re aware that they may not have a financially viable career. They seem to be quite resilient; and by that, I mean that they realise they may not get a company job and so there’s kind of a bit of a ‘reality’ to it.”

With One Point 618 sitting in the wings and The Mill now centre stage in her work life, Lazaroff regards her new role as being in the continuum of her career. “I’m excited by this leadership position because I feel that it’s allowing me to nurture staff and artists in residence, and for me that’s about allowing people to express themselves and having platforms to do that. Even as a director, I was never dictatorial, so this just feels like an extension of one big choreographic work.”

Cue, Lazaroff dancing with wheelie chair and an ensemble of dancers, painters, shoemakers and writers. Putting them through the mill, so to speak.

For more information on The Mill, visit www.themilladelaide.com.