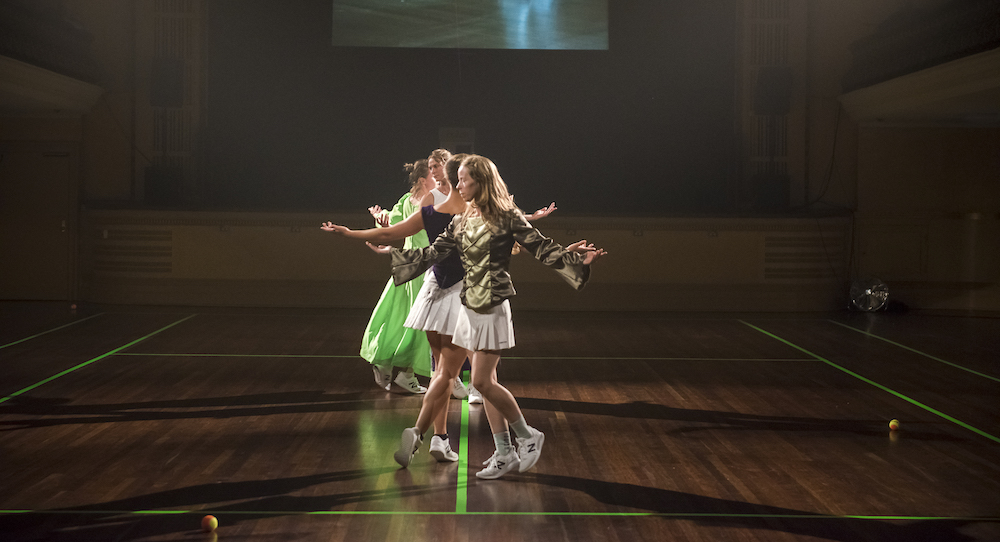 As much as a tennis match is a contest, it is also a collusion, a rule-based ritual that culminates in the defeat of one and the victory of another. Having been raised by tennis-loving parents, choreographer Atlanta Eke is well versed in both the ceremonies and physical skills of the game, and these have found their way into both the subtext and the movement palette of The Tennis Piece. However, although we might raise eyebrows at the notion of sport and contemporary dance playing doubles, Eke has multi-layered the work with historical, political and moral themes that take the spectacle beyond novelty and into conceptually satisfying territory. 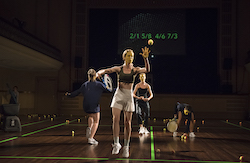 Yet, for all the cleverness, performatively the work appeared to lack cohesion at times. The energy on the night was low and, on occasions, it looked like the timing and spacing was out. To be fair, though, these wrinkles ironed themselves by the end, and as the piece moved toward its climax the four dancers clicked into gear.

These glitches, though, should neither detract nor (overly) distract us from the beautiful symmetry of ideas that Eke has created. By referencing a pivotal moment in the lead up to the French Revolution, (the so-called Tennis Court Oath), she draws us into the midst of a brewing storm. While she and her ensemble (Ivey Wawn, Annabelle Balharry and Ellen Davies) perform highly structured, geometric Renaissance dances, Daniel Jenatsch’s score morphs the thwack of tennis balls into the menacing thud of distant artillery. The barbarians are at the gates, history is closing in on the Ancien Regime; yet in the court of the King (and on the tennis court), partnerless dancers twist and twirl regardless. Heedless, foolish. Stoic, knowing. The revolution will merely rebrand tyranny. The democrats will throw up demagogues. The prescribed circular dances of power will continue in the traditional way. Only the partners will change. It is a game; and a new champion is still a champion. 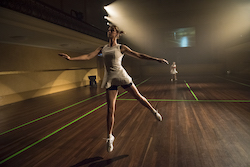 Amongst all this, the device of 400 tennis balls, hurled in UV light by four machines like the burning pitch that medieval armies once catapulted over castle walls. These bright parabolas – comets, bombs, fireworks – are the heralds of change. We evade or celebrate their arrival. As do the dancers, until the luminous volley subsides and they are flat on their back. The Queen is dead. Long live the Queen.

The Tennis Piece is, in some ways, a continuation of Eke’s eccentric arc and in others a departure. The layers, the video screen and the leftfield thinking are still present; yet, despite the cannoning tennis balls and percussive soundscape, this work is quieter. Although terms like mature, less edgy and not so introspective can be read as faint damnation, in this case they shouldn’t be. This work probably won’t blow you away, but, if you watch closely, you will detect the unmistakable signs of a subversive, disruptive mind. But does she aspire to the throne? I guess we’ll have to wait and see.