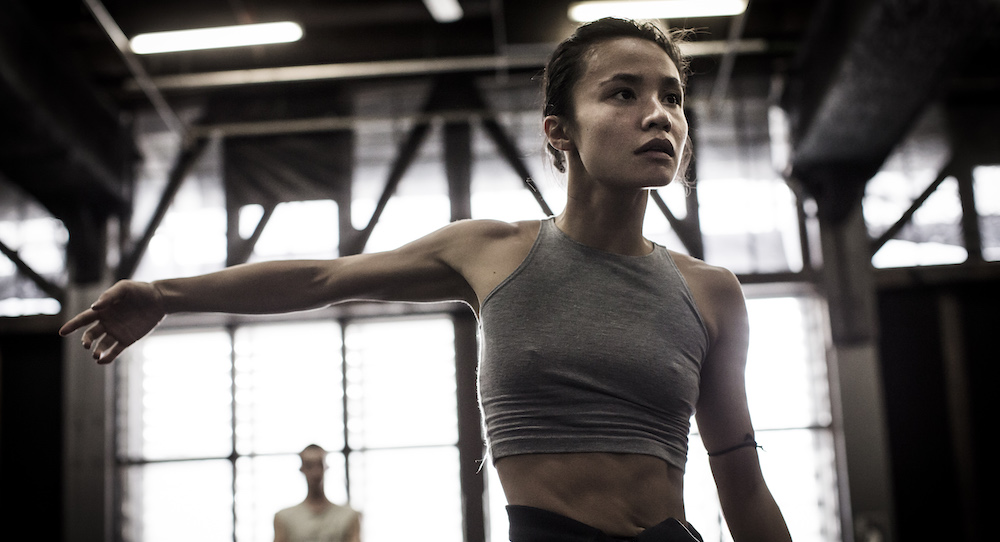 She has been an integral part of Sydney Dance Company (SDC) since she joined the company in 2010, and from her first performance in 6 Breaths to the recent production of New Breed 2019, she seems to have always been there, strong and resilient. Here, Dance Informa speaks to Yap to glean some secrets about a dancer’s longevity and consistency in a rapidly changing dance landscape.

What was the defining moment when you realised you wanted to be a professional dancer?

“I had never really considered dance as my career. I was planning to go to University to study to become an architect. It was my dance school teacher who suggested that I think about trying a career in dance first. ‘You can always go back to study architecture, but you can’t go back later to become a dancer,’ she said.

She suggested that I audition for Western Australian Academy of Performing Arts (WAAPA), which I did and I was accepted. It was there that I discovered contemporary dance, which I hadn’t really experienced before and didn’t even know what it was, but I felt like it fit me, so that was when I first considered a dance career, not in ballet but as a contemporary dancer.

So I decided to give dance a go and rather than graduating with a degree in Architecture, I graduated from WAAPA with a Bachelor of Arts in Dance. I had the opportunity to travel and learn from some of the best in the business, including a six-month student exchange program in New York where I worked with Karol Armitage.

After coming home to Australia, I was doing freelancing for a while, which allowed me to work independently with a number of upcoming choreographers, which was inspiring and a great experience. I worked with Dancenorth and Tasdance, as well as with Lucy Guerin and Sue Healey.”

Who were some of your major influences?

“I met Tanja Liedtke during my studies, and I was struck by her idea of dance theatre. She had an incredible imagination and this sense of theatre which I hadn’t been exposed to before. At the end of 2009, I was asked to join dancers Paul White and Kristina Chan in Tanja Liedtke’s Construct, which toured to Israel and Canada. I’ve been so grateful for all these opportunities along the way.

Another strong influence early in my career was from working with Jacopo Godani when he came over from Europe to create Raw Models with the SDC dancers. He deepened my understanding of how to use my body economically and calmly whilst achieving fluidity and dynamism. The piece was part of the Shared Frequencies double bill for SDC in 2011.

When I dance, I search to to be my best self. It’s hard to explain, but I don’t just want to do the steps; it’s deeper than that, the idea of being true to yourself, to dance sincerely from your inner self.”

You were one of the choreographers in New Breed 2014, but you don’t seem to have created anything since then. Is that because you prefer dancing to choreography ?

“I’d love to create more choreography, but there doesn’t seem to be any time. There are always rehearsals and learning new productions. The New Breed piece I created was very short, mainly because I knew I wouldn’t have time to work on a longer production, but I did enjoy the process and would like to do more choreography.”

Charmene Yap in ‘Forever and Ever’. Photo by Pedro Greig.

What has kept you at SDC for such a long time ?

“The opportunities have always been there, and I have learnt so much from Rafael and the other dancers, as well as the choreographers who come and produce their works on the SDC dancers. It feels like my family and I don’t have a reason to leave. I’m 33 and have been dancing since I was seven, so I know I’ll have to to think more about what I’ll do in the future.”

Any major challenges along the way?

“Three or four years ago, I twisted my ankle. It was so unexpected – just a simple trip up with another dancer during rehearsals and I was out for the season. It happened so unexpectedly, and of course I was disappointed, but on the other hand, it was good for me. It gave me a different perspective on what we do as dancers, as well as giving me time to think. That period on the sidelines helped me redefine my love for dance. That’s the only time I’ve been injured, so I’ve been lucky.”

What happens now? Any plans for the future ?

“I’m asking that question now: What am I going to be? It’s a small industry, and I want to give something back. I’ve recently started doing some work with Raf, as a longer serving dancer with the company, assisting with rehearsals, which is good, and it gives me another insight into the business.”

Any ideas as to the secret to your longevity in an industry which demands blood, sweat and tears?

“My life is pretty simple. I ride my bike to work, and I get to the studio an hour early each day so I can prepare myself both physically and mentally for rehearsals. That’s important for me. I know I need to look after certain parts of my body, particularly as I get older, and I need to get my head into the right space as well.

Charmene Yap in ‘Forever and Ever’. Photo by Pedro Greig.

I don’t do anything special. I eat a balanced diet, I don’t drink alcohol or coffee, and I’m not a vegetarian. I try to meditate every day.”

If you wrote a letter to your 16-year-old self, what would you say ?

“I’d tell her to to try and relax and stress less. Life can be messy, but keep trying to reach those possibilities… or maybe that’s what I’d say to my 24-year-old self!”

And finally, anything quirky or surprising about you ?

“Not really. I do like going to Bunnings on a Sunday, which might surprise some people. I always have these plans to build a timber table or something, not that I’ve managed to create very much. So you know where to find me on a Sunday, either Bunnings or scouring through second hand furniture shops.”