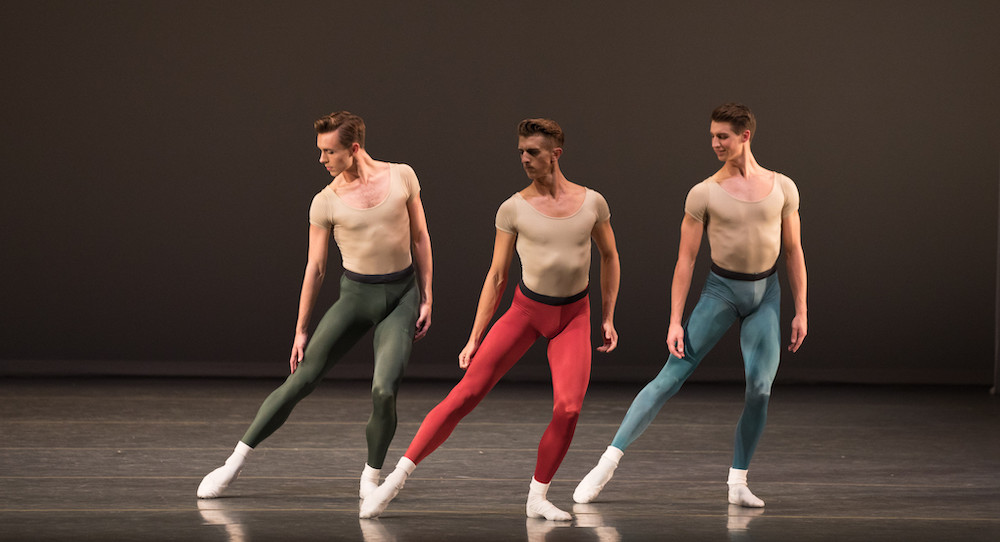 At the age of 28, Matthew Slattery is about to realise a dream; but it so nearly didn’t happen. Indeed, his journey from the small NSW town of Cooma (with a population of around 6800) to the bustling American metropolis of Boston took almost as many twists and turns as a dancer might execute during a performance.

As a boy, Slattery focused more on jazz and tap and only came to ballet at 13. Now, 15 years later, his first full-length work, Two, will premiere in February as part of the Boston Ballet’s “second company” (BBII)’s 2019 season. When he spoke with Dance Informa from a wintery Massachusetts, he was just hours away from launching into an intensive three-week rehearsal period.

“Obviously, it’s a huge opportunity for me, a sort of first trial at choreographing in a company setting,” he begins, before adding, “I’ve been interested in the choreographic side for a while, but now it’s here it’s a little bit terrifying. It’s been an interesting process from a personal point of view going through that fear of not knowing. Is it going be total trash? But that’s also kind of exciting because then at least I’ll know.”

It is evident that Slattery is a young man who does not simply mouth the usual marketing platitudes or exude sugar-coated positivity for public consumption. Less than a month out from opening night and he retains a philosophical attitude. Recalling the lengthy process of developing Two with close friend and composer Andrea Belfiore, he says, “What I find with choreography is that it’s reflective of my life. The more I try and plan things out, the worse it ends up. You know, it ends completely different. So yeah, it’s been a nice weight off to almost take a back seat approach and see what develops, rather than trying too hard to control it.”

A quick run through the Slattery back story goes some way to explaining this approach. After his first dance school in rural NSW closed, his teacher (Rosie O’Sullivan) encouraged him to stick with dance. “She took me to a summer school up in Sydney so that I could see other boys doing ballet,” he recalls, “because I was, like, the only one in a small country town.”

Auditions and meetings soon followed and, when it became clear that their son did indeed have talent, Slattery’s parents relocated to Sydney so that he could study at Brent Street. It was here that he began to encounter roadblocks. “I did an audition tape and I sent it everywhere, to every school I could find an address for, and the only school I heard from was Joffrey, which was equally heartbreaking and exciting. You know, I’d had my heart set on Aussie Ballet, didn’t get in, then Royal [Ballet], didn’t get in; and that happened a number of times and I was thinking that I wasn’t going to make it.”

His fortunes improved dramatically after he received a full scholarship to the world famous Joffrey Ballet School in New York, where he studied under the likes of George de la Pena and Davis Robertson. “They opened my eyes to what ballet could be, not so much what it should be,” Slattery recalls with fondness.

It was while in America that Slattery’s perception of ballet was radically shifted by the sheer genius of William Forsythe. “When I saw a video of The Second Detail, I thought, ‘This is awesome; this is completely different to what I thought the confines of ballet were, and I want to explore this.’ You know, ballet is not as restrictive as I would have thought.”

Freshly inspired, he thought that his dream was about to come true when he was first offered a contract with BBII. However, there was a hitch. The contract was cancelled, and Slattery found himself on plane back to Australia on New Year’s Day 2012. Then, after a frustrating audition tour of Europe, he was on the verge of quitting. As he remembers, “I didn’t even want to teach because I felt that I would be too bitter. And I mean, I was for a while.”

But then his inbox intervened. An email from “across the ditch” lured him to the Royal Ballet New Zealand, where a short-term gig turned into a year-long contract and a further extension.

It was during this second year, after a tour to China, that Slattery and the Boston Ballet finally got back together. Now, one solid contract and five years later, the boy from Cooma is about to premiere his debut contemporary ballet work in the city of Benjamin Franklin, Uma Thurman and the Pixies.

“So, after all that, it’s really great to be here,” he concludes with a discernable chuckle. “It’s been a real trip. You know, all that struggle reminded me, one, how much I wanted it, and two, how much I appreciate it. When you are in a company and in a somewhat stable place like I am now, you can forget that this isn’t a job. We do this because we love it.”