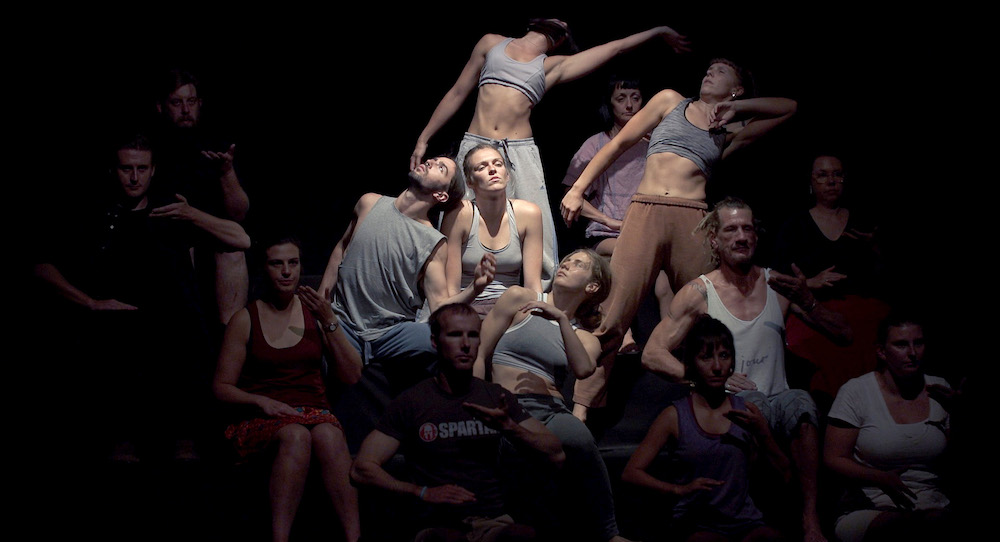 One Infinity is a wonderful collaboration of traditional Chinese storytelling, and contemporary ways to express these. Based on the ancient tale Zhi Yin (“Knowing the Tune/Tone”), the narrative tells of a talented young musician whose teacher takes him on an unexpected journey, where he is left in a remote-woods and composes music based on his experience and what is already inside of him to be created. His music is not accepted by all in his day, and he ends up throwing it away after the one person who was captivated by it passes. The interpretation in One Infinity is mesmerising, with haunting tunes and meditative dance. One Infinity is a true collaboration, the lines blurred and defined simultaneously.

Originating in a musical collaboration with Australian recorder virtuoso and composer Genevieve Lacey, and Beijing-based Jun Tian Fang, other artists have been added to the mix to create a multi-layered performance, including Australian choreographer Gideon Obarzanek and UK composer Max de Wardener. Prior to commencing the work, the audience is introduced to how they are also to be a part of the work, as a movement ensemble, moving arms in slow patterns, following a leader at various moments throughout, who is positioned in the audience on the opposite side of the stage. This small involvement creates a meditative and complete engagement for all in the room.

‘One Infinity’. Photo by Amber Haines.

The work commences with musicians playing traditional Chinese instruments, notably the ancient stringed instrument Guqin, which Jun Tian Fang specialise in, seated on the floor and spread throughout the stage space. Dancers commence seated in the centre of the audience on either side, creating beautiful shapes, five or six bodies seeming as one, inspired by the mandala, and perhaps traditional dances such as Buddha with 1,000 hands, drawing on the Chinese spiritual traditions.

Although sectional, the work blended from one to another with natural ebb and flow, showing the journey of the boy as his experience grew, pushed and expanded him, and became introspective as he drew in all the things around him to compose his music. The dancers went on such a journey, with the musical composition driving the work as one with the movers, including the willing audience, which was profoundly sublime and mesmerising. Their meditative stance and graceful movement through each phrase reached out to draw in as they went on their journey.

When comparing dancers who have come from a western culture rich in over a century of contemporary dance training and traditions, and those trying to bring this artform as a new thing, to their culture, it is clear from the stylistic differences that the epigenetic inheritance of body awareness to the genre, leaves much to be caught up on. But it is a beautiful thing to see the two side by side, as the meditative work, which has a Buddhist influence and brings tradition to influence the modern.

Contemporary dance in China has had much catching up to do, not having followed the same chronological timeline as western modern dance. Chinese contemporary dance only really commenced in the late 1980s (as opposed to a slow morph that has matched the social change since the early 20th century for western cultures), with many struggles to be recognised as a legitimate art form, only coming into its own in the last three decades. When compared to over a century of development in our western culture, Beijing Dance Theatre (which describes itself as the first contemporary ballet troupe in China) – with all previous dance in the country either traditional dance or classical ballet, both very narrative-driven – is very ground-breaking in its contribution to the contemporary arts in China, and now the world. It was so fascinating to see the multiple contributing factors and backgrounds culminate in this work.