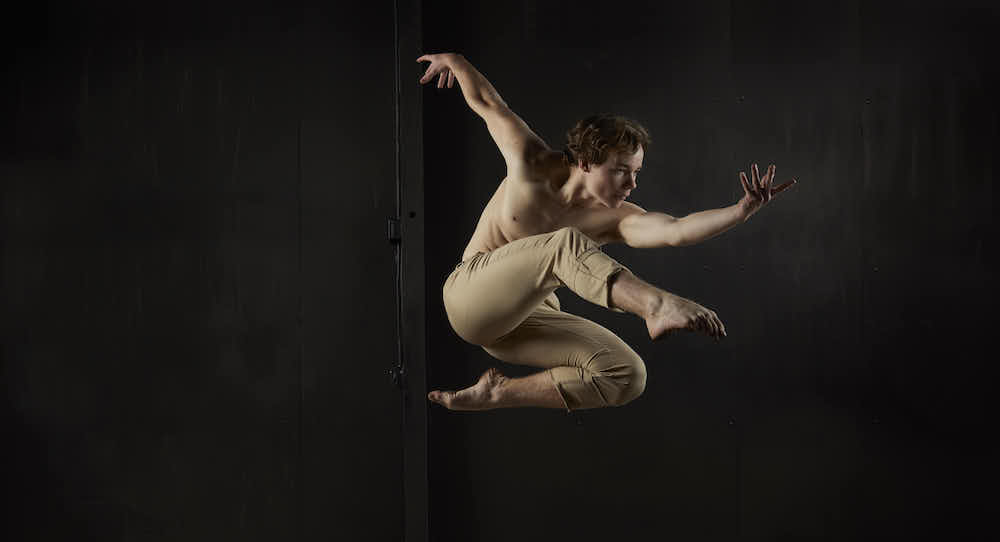 After following Eugenie, Austin and Charlotte across their 2018 Pre-Professional Year (PPY) program, it was with much excitement that I took my seat on the opening night of PPY 2018 Revealed to see what they and the other PPYers would produce. It would be the first time for all of us to see them perform in front of an audience – friends, family, guest choreographers, program coordinators and, of course, Rafael Bonachela, who initiated the program in 2014.

From the opening “Call to Country”, followed by Akimbo, choreographed by Cass Mortimer Eipper from the PPY class of 2017, to Not a Party too Soon from Ashley Wright, through to Viral by Victoria Chu and Bonachela’s Scattered Rhymes, this is a brilliant evening of contemporary dance. The high technical demands were met with professionalism and apparent ease, and nothing seemed to go amiss. Emotional demands were also required; a notable highlight from Nick Caldwell in Cast 1 in Not a Party too Soon. Starting with tentative smiles and a lighthearted getting to know each other encounter, the piece moved into unexpected dark territory and a lone figure is shut out.

Sections of Bonachela’s Scattered Rhymes, which premiered in 2014, with music by Nick Wales, were combined to form a single composition which was handled expertly by the “full company”, including all of my PPYers Eugenie and Charlotte not missing a beat in their raspberry leotards, while Austin was flying high with beautiful elan. I had not expected to see them shine quite so brightly on stage.

The day of their final performance, I was able to have a chat with them and find out how they were feeling as their PPY year drew to a close.

So how did you feel before going on stage on opening night?

Charlotte says there were nerves. Then Eugenie responds with a big smile, “Actually, the first show felt really calm; it was really weird. I was so in the zone that I didn’t feel nervous at all.”

Austin had a similar experience. “Yeah, opening night, I didn’t have any nerves, partly because I didn’t have as much to do. But last night because I was doing Ashley Wright’s piece, I was quite nervous about that. And when we were rolling on the ground, I actually remembered thinking, ‘Oh, there’s an audience here.’”

Charlotte continues, “When you’re in the zone, you also don’t think about an audience being there, and you’re just there with everyone on stage. And then you make eye contact with someone, kind of saying, ‘We’re really doing this! So I was nervous, but after the dress run, I felt a lot better because we hadn’t done a dress run until Wednesday night. But all the transitions worked and it was fine.”

With four very different pieces to perform, they all agreed with Charlotte that “it was also very important to change head spaces, moving from one piece to the next one.”

Did anything not quite go according to plan, or was improvisation required?

Eugenie starts to respond, “No, touch wood,” then remembers, “Oh, actually, last night I had a couple of kafuffles. There was a moment in Victoria Chu’s piece when I chose a different path; I must have done something odd when I was walking, and Lilly and I bumped into each other and had to gracefully interact and walk out of it…”

Austin shares his experience with Victoria’s piece, which is particularly challenging with a variety of moods and challenging group structures. At one point, while forming a single mass with marching feet, the dancers put on full hoods, à la Ku Klux Klan. “It felt like a lot of improvisation happened with Victoria’s last night,” Austin reveals. “It just felt completely different.”

Did you all enjoy the experience?

It certainly seemed that way, and they all respond with a resounding “Yes”.

Primarily because the PPY environment doesn’t make them feel stressed, and there is no pressure put on them and no blame laid if something doesn’t go quite according to plan. It’s more about enjoying the moment.

Eugenie shares her feelings from the second night. “I just felt so happy to be going back on stage last night! I couldn’t stop smiling, and I had to tell myself not to laugh! At one point, I started thinking forward to where I needed to be in the next section, but I stopped and said to myself, ‘Be in the moment; just enjoy it as it evolves.”

Does it get easier each night?

Charlotte starts, “It’s just a different vibe every night,” followed by Eugenie, who says, “Every time I do it, it feels so different, as if it’s a different story, and even though I’m the same person It kind of feels like I’m a different person each time I do the piece.”

They certainly excelled, and the few improvised changes just seemed to be part of the piece.

So where to from here?

With only one more performance to go, they’re starting to feel the reality of leaving this challenging yet affirming program. They all agree that it will be strange to no longer see the familiar faces of their colleagues and the Sydney Dance Company team, particularly Linda Gamblin, Head of Training, and Omer Backley-Astrachan. But they are positive about the future and what they’ll discover as they head down their various paths.

Austin has been accepted into law at Queensland University, and Eugenie will commence an Arts Course. Charlotte is looking forward to going to Europe to check out the dance scene as soon as she can save up some money.

They all agree that they have grown in maturity and confidence, learning as much about themselves as about the dance industry with its endless possibilities.

They are all beaming as we say goodbye, and have done themselves proud.