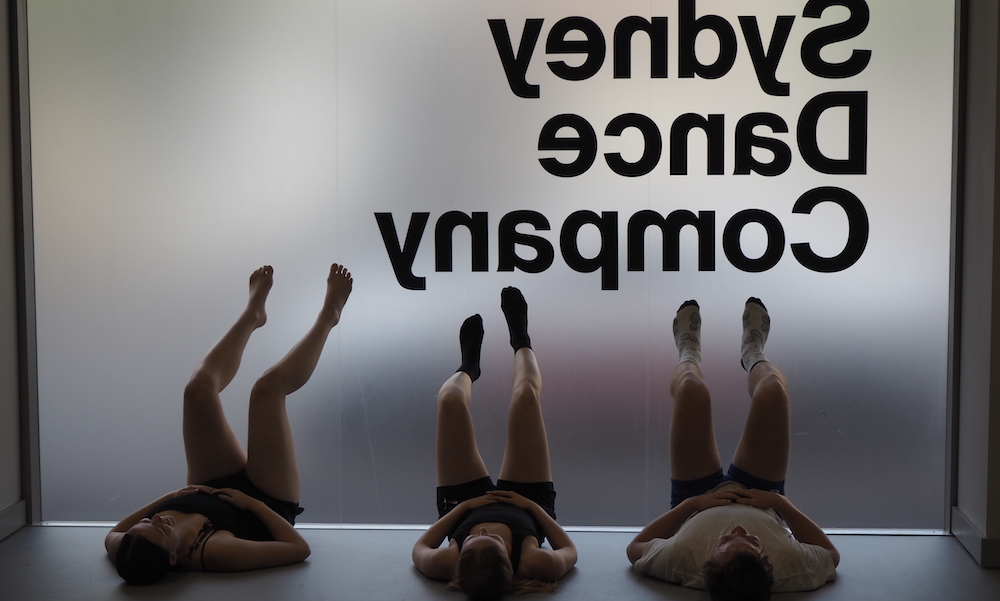 Walking into the beautiful new Sydney Dance Company (SDC) studios in Ultimo is a shock to the system after our previous three catch-ups at the Wharf theatre, surrounded by water.

Waiting for Eugenie, Austin and Charlotte, affectionately called the “PPYers”, to finish rehearsals, I peek inside one of the empty studios – high ceilings, air-conditioning, beautifully sprung flooring, mirrors and timber barres – what a light-filled inspiring space where your imagination can take flight or you can take flight with a round of grand jetés!

Since our last conversation, these dancers seem very grown up and mature, speaking with assurance and sharing how they feel as they approach the final six weeks of the Pre-Professional Year (PPY) Program and the Upcoming PPY18 Revealed performance.

So what’s been happening since we last met?

“We’ve moved! It’s been a big adjustment, it’s taken a while. We’re not floating anymore,” says Charlotte. Head of Training Linda Gamblin joins us and adds, “Those first few weeks felt like we had just gotten off a boat.”

This quarter, the PPYers worked with Victoria Chiu, a Melbourne independent choreographer, who also created a performance piece for PPY18 Revealed.

Austin summarises, “We had Victoria for two weeks last term to really polish the piece. It’s been a good process to see it all come together.”

They also had the opportunity to work again with Cass Mortimer Eipper, a SDC dancer, as well as Christina Chan. Amelia McQueen spent a week with the group, which proved challenging.

“That was a really interesting week,” Austin says. “It was about being present on stage, and it was challenging because all these eyes are on you and you’re not sure whether to make eye contact or not, and it’s funny because it’s a bit ridiculous to be staring into everyone’s eyes. We all handled it differently. Some just cracked up laughing. It was challenging to be really present.” Linda clarifies that this was a Tanja Ledke Inspiring Dance workshop.

The bonus for our PPY dancers is the possibility of assisting Prue Lang and Katina Olsen in workshopping ideas for their New Breed creations, using the PPY studio when required. “It’s really cool because we’ve been part of the creative process with Katina and Prue,” Austin adds.

Has the PPY program changed you, and how?

“I’ve become more of a critical thinker,” Eugenie shares. “It has taught me to question why I am doing something, because I need to find purpose in what I’m doing so I understand it better. It’s made me more independent, more my own person and less reliant on others.”

Charlotte talks about the program shaping people in a holistic way. “For example, if I told someone I danced every day, they’d say, ‘Wow! It’s so physical!’ But it’s also mental, spiritual, emotional; this year has shaped me so much. And it expands your thinking, not just in the studio but when you’re doing normal things.”

Linda gives her impression of how she has seen this 2018 group maturing, for example being able to contextualise unintentional negative language. For instance, the choreographer might say, “You’re not giving me enough, you’re not 100 percent.”

Linda notes, “Initially, they didn’t know what to do with that and just felt the negativity. Now they go, ‘Ah.’ They just want more.”

It has been an interesting experience for them, realising that choreographers can be insecure as well. “They’re putting their heart and soul into a creation, while we’re trying to bring it to life. They’re being judged as well,” Austin explains.

Linda continues, “Now, they’re more compassionate with the choreographers. You can’t design a course to do that, it just has to do that; they have to go through the hard and the easy bits. Initially, everyone was trying to please, and some of the choreographers you can’t please, so self esteem goes down, but now, it’s not as stressful.”

Would you recommend the course?

“I’d recommend the course to anyone, whether a dancer or not,” Eugenie says. “You can challenge yourself in a safe environment.”

Austin adds, “If you want to go into the industry, I think the course prepares you for that.”

“Although you’re never really prepared,” Charlotte states. “You have to make your own opportunities.” She also brings up the idea of trying not to think about the future. “But it happens anyway, and I think I know what I want to do now. The other day, I was thinking, ‘Your life starts today.’ so my life is already happening, I don’t need to wait for a certain date.”

Plans for next year?

Eugenie would like to go to Uni and study art history, “I’m also interested in the dance industry and arts in general. Plus, I’ve always said I’d love to help people, so I’ll look into community arts and education.”

Charlotte wants to experience Europe, working in Sydney next year, then taking off to check out what’s happening elsewhere. “I keep hearing about how amazing and different Europe is, but there’s also good stuff happening here in Australia as well, like Western Australia Academy of Performing Arts, with a cool program called STRUT with international choreographers.”

As for Austin? “As fantastic as this year has been, I’m not sure about continuing in the industry,” he admits. “I’m thinking of heading back to Brisbane to study law and industrial relations.” This isn’t a surprise. It was a tough choice for Austin to try his chances with the PPY program last year and move to Sydney, rather than go onto University in Brisbane.

Charlotte reassures him, “You’ll always be a dancer, though. Some of our guest trainers said that it sometimes took them two or three years to work out what they wanted to do.”

Austin sums it up by saying, “It’s a complete contrast, but that’s the beauty of the PPY course. It’s not about the dancing; it’s what it prepares you for. I’ve really grown, and I feel like I’m ready for any challenge, even though it’s law and not dancing.”