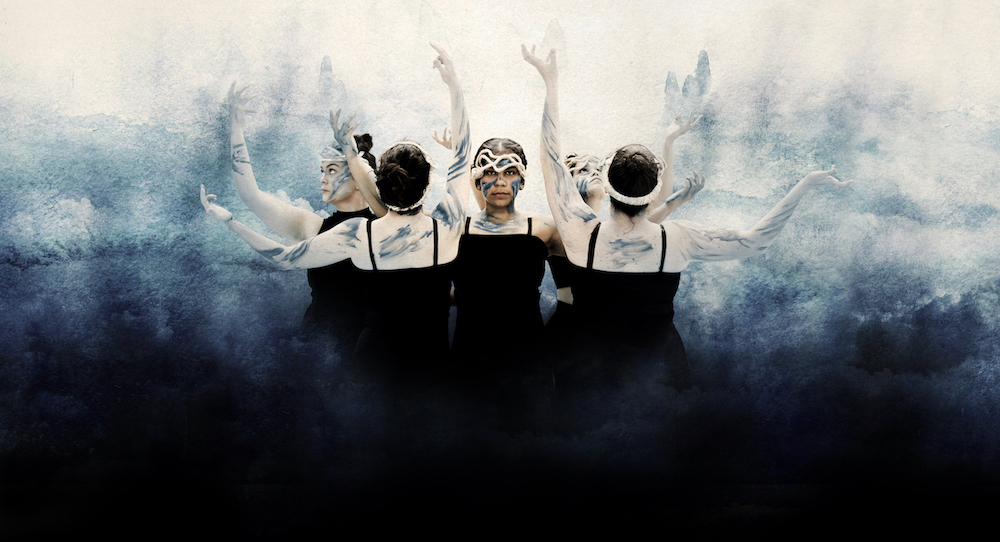 As another year moves to a close, it’s time once more for a batch of EOY productions. For multi-award-winning dancer/choreographer (and now teacher) Frances Rings, this terrain is familiar. However, as the head of Creative Studies at National Aboriginal Islander Skills Development Association (NAISDA), the job of mentoring students toward graduation and beyond isn’t just about getting kids ready for a night on the boards. Indeed, as it is for indigenous people worldwide, and others living with socio-cultural and economic disadvantage, the skills and discipline honed in training and performance speak to much more than the dream of a dance career.

For this reason, NAISDA’s upcoming StoryPlace season at Sydney’s Carriageworks aims to take the students of the Central Coast based college out of their purely Australian context and give them an opportunity to embody the experiences and cultural forms of their First Nation cousins from New Zealand. By inviting Maori dance maker Louise Potiki Bryant to create a work based on the creation stories of Māui, Rings is offering her charges the chance to enjoy the wider panorama that she herself was able to experience after her own career (at Bangarra Dance Theatre) came to an end.

She recalls that she visited and worked with an indigenous Canadian company. “It was really interesting to meet other indigenous choreographers and speak about process and themes and parallels and similar histories and, you know, how they were supported and, I guess, get a bit of perspective on what other indigenous artists were doing around the world,” she shares.

Having extracted herself from the often fraught discourse that surrounds indigenous life and art in this country, Rings was able to get a sense of the issues that impact First Nations more broadly. “The biggest thing actually is the rising sea levels,” she reveals, “because a lot of our island communities are affected by this.”

“It’s really important for me for our young people to have these connections with other First Nations people, to have those discussions and be able to speak about their own concerns,” Rings says. ”It’s fascinating for all of us because we reawaken the bonds between us and we inspire each other’s creative practise; but for the young people coming up, it’s important for them to know that it’s not just about what’s happening here. You know, we’re a global people, and our stories need to be heard, not only here but overseas.”

According to Rings, however, there is another important factor at play — namely, the dance itself. As she notes, Maori dance is very powerful, whereas Australian aboriginal dance is more subtle. Potiki Bryant not only will bring a range of contorted shapes, groundedness and earth connection to Kāpehu but also a taste of the front on energy and pride that runs through Maori dance practise.

“The movement is very contemporary, but the way it’s framed with the costume and the music and other elements, it has this timeless, ancient quality to it,” Rings notes. “I think it’s the way that those other elements surround the choreography that create that sense of timelessness. There’s also a spirited quality to the work as well.”

Yet, for all the nuanced particulars and the specifics of history, cosmology and current practise, a core universality emerges, one which transcends the silos of ethnicity, gender or ideology. “You know, I’ve travelled all over the world, and although we might not speak the same language, there’s been a connection and I think that’s the human experience,” Rings argues. “We are the same. We have a sense of sacredness, we all value the same things – health, kinship, family – and we all know right and wrong, and there are laws that provide the guidelines for our lives.”

In this light, StoryPlace offers performers and audiences a window on a deeper unity. As the double bill’s director declares, “The more that we find the inter-connectedness between us, the more we acknowledge that, the better. You know, it’s like, if we see people hurting and in pain, our natural instinct is to help them; and I think that sometimes politics stops us from doing that. But as artists, our job is to remind people of this and to ask those provocative questions and put those things on stage.”

Here again is where dance has its particular power, in that the body is truly what we all have in common. “The body can take us to the edge of something. It can help us transform and become something else,” Rings concludes. “You don’t need to Google it. You don’t need to sit down and have all the answers; it’s about experiencing and going someplace else, even if just for an hour.”