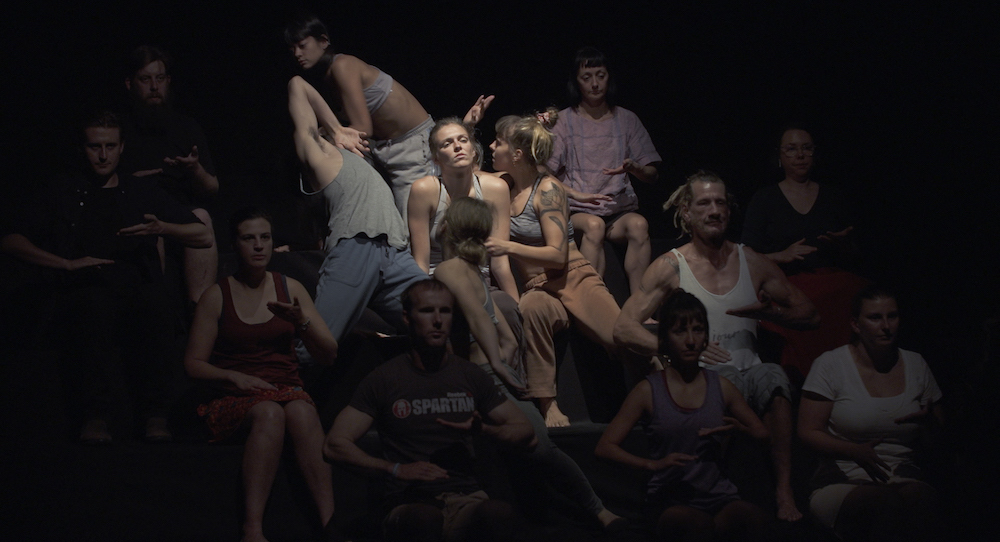 At some point, most of us find ourselves yearning to be part of something bigger. This desire frequently manifests in either the spiritual, the political or the monumental; but at this year’s Melbourne International Arts Festival, it will take place in the choreographic. More specifically, in the form of movement mandalas.

True, One Infinity is just another show with an audience participation element; it’s just that this time our involvement is no mere gimmick or fourth wall shattering trick. Indeed, as its director/choreographer, Chunky Move founder and multi-awarded Australian dancemaker Gideon Obarzanek explains, our participation is pivotal. “The idea is that individual disappears into these unison patterns and then reappears when that pattern is not active. So there’s this oscillation between the solitary act of watching and being part of something larger than oneself.”

However, One Infinity is aiming at something more nuanced and elevating than simple imitation or the kind of “mass games” coordination we might expect in Pyongyang. That said, the work consciously taps into the East Asian harmony aesthetic — a point underscored by the fact that it is a vast cross-cultural collaboration between Beijing Dance Theater, Townsville-based Dancenorth, musicians from China and Australia, and a composer from the UK. It brings together contemporary dance, traditional Chinese instrumentation (the guqin) and even the recorder.

And somehow, into this fusion, Obarzanek makes room for us, despite being all too aware of the discomfort that this can sometimes induce. “Well, I’m one of those who really doesn’t like the idea of participating, so I’m a good test case,” he wryly remarks. “But I’ve been working with various test groups in Townsville and Beijing, and the feedback has been very positive. Because you’re part of something larger and you’re being given very clear instructions that you copy; it’s not like you’re being pulled out of a crowd.”

Here’s where Obarzanek’s 20-plus years in dance comes to the fore in both clever staging and choreographic nouse. “The music is very much to do with meditation and self-reflection, and so when I designed the stage I started to use two opposing seating banks with the musicians in the centre. So, on each side, the audience becomes the background for the music and we create these various kinds of patterns. So yes, it is metaphorically a mirror.”

Given the nature of the live score and the mandala-inspired movement palette, there is clearly something more than a simple dance-along happening in One Infinity. “It’s a bit bizarre for an atheist like me to essentially adopt structures or ideas from religious or spiritual work,” Obarzanek admits. “It’s not to say that this is dedicated to some sort of deity or some supernatural thing, but it’s not necessarily unique and new. This is something that’s been going on in religious ceremonies for thousands of years.”

Ethereal notions aside, the work also points at an ongoing fascination that Obarzanek has been examining for several years. In fact, you can trace a clear link between the current work and his previous collaboration with Dancenorth, 2017’s brilliant and deservedly lauded Attractor. Digging deeper, the trend goes back to his final days with Chunky Move. “I became really interested in the combination of professional and non-professional dancers in shows when I made Assembly {in 2011}.”

A beat later, he adds, “I think my interest goes back to my first experience with dance, which was folk dancing as a child; and that really privileges participation more than virtuosity, and after many years of working in highly virtuosic dance with highly accomplished dancers, I’m sort of now interested in that relationship with dance where it’s watched but also practised.”

To help achieve this, One Infinity seats dancers from both Beijing Dance Theater and Dancenorth amongst the audience. Apart from leading us in the moves, the aim is to create a form of widescreen choreography. “It’s an attempt to visualise sound,” Obarzanek elaborates. “So it’s a very simple relation to the music, but it’s on quite a big scale. Unlike a contemporary dance company, where you have five, six, 10, maybe 12 people, you’re looking at over 200 people on the other side; and so it becomes a very large canvas.”

The idea of scale, however, is not restricted to the nuts and bolts of directed movement. A clue exists in the show’s title, and from there we are drawn to the sublime elegance of mathematics and cosmology. As Obarzanek reveals, “In maths, there’s what’s called the Mandelbrot Set. On the macro level, it recreates this pattern as you go out; but then as you go into the micro, it also recreates this pattern infinitely. So whether you go externally or internally, it’s an endless journey. So in many ways, the title and the work reflect that idea and, you know, without meaning to sound trite, the work is a kind of a meditation.”

Thus, in addition to being an East/West, professional/amateur crossover, the work attempts to coalesce seeming dualities and create an opportunity for us to engage with some of the most beguiling and glorious paradoxes of the self and of existence more broadly. Indeed, to conclude, its co-creator simply says, “The work is about becoming part of a kinetic visualisation of what it is to transcend from the tangible into the ethereal; and this is done by the dancers and the audience.”

Gideon Obarzanek’s One Infinity will be presented as part of this year’s Melbourne International Arts Festival from 12 – 20 October. For tickets and more information, click here.