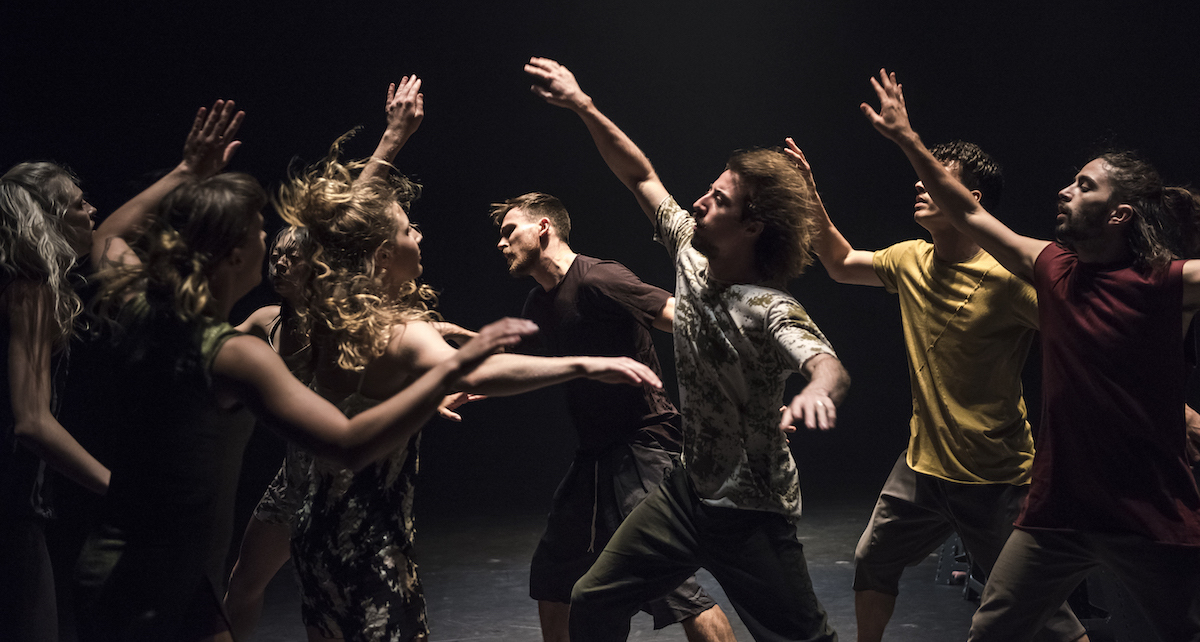 The tagline proclaims: “ecstatic music/dance ritual for non-believers”. For once, the marketing mavens may have nailed it. Attractor has an energy and intensity that hints at tribal ceremony, that creaks open just a sliver a door to a realm of spirits, to something dark, animal and transformative. As such, it is an utterly hypnotic hour.

Moreover, Attractor is a gathering of tribes, a collaboration between the directorial and choreographic vision of Lucy Guerin and Chunky Move founder Gideon Obarzanek, the lithe bodies of Dancenorth and the extraordinary, blistering sonic genius of Javan “primal punk” duo Senyawa. Oh, and the 20 extras who help bring things to the boil.

Dance-based ceremonies are as old as human society, and their connection to the spiritual is universal across cultures. The body moving in rhythm alters brain waves and triggers a trance state. From there, we can go almost anywhere. To be fair, however, the ritual of Attractor is still much more rooted in performance and spectacle than it is a journey to a sacred space; yet in co-opting the tools of trance and wedding them to very clever theatrical technique, it briefly and brilliantly suggests a way for all of us to be on the same plane.

Intended as a kind of conversation between eight dancers and Rully Shabara and Wukir Suryadi’s sometimes guttural, sometimes delicate and often noise-drenched drones, Attractor starts off like a psy-trance bush doof. Throughout, the dancers punctuate elbows and knees like possessed marionettes. The physicality is raw and rhythmic. The dancers wrestle and drag one another. They even man-handle the musicians.

To keep things moving in an arc, Guerin and Obarzanek artfully structure the ceremony and, in particular, use attention-grabbing, smash-cut segues to great effect. Their skilful insertion of 20 “unrehearsed” audience members creates a thrashing and satisfying climax.

Whilst we could be a bit sniffy about the appropriation of the genuinely sacred for the amusement of ostensibly white middle class spectators, the experience of Attractor is so rich in supple creativity and generosity of spirit that it survives this contention to live as a work of gut level, sensual and compelling dance. Add in the brilliance of Senyawa and you have a pulsating soundtrack designed to drive you even deeper into the jungle of the night.

The domains of contemporary dance and Indonesian village ritual might seem worlds apart, and their brief tryst in the commoditised space of an arts festival (Asia TOPA) simply a stylised slab of exotica, but even given this we can allow ourselves to become deeply enamoured of the vivacity and audacious passion of this experience. Indeed, quite literally attracted to it.