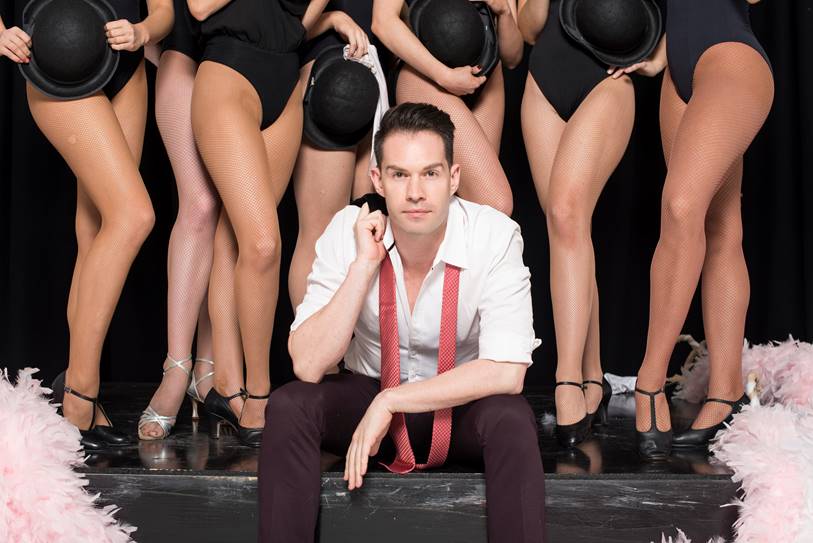 It is stating the obvious to say that the world is changing at an ever increasing pace. Technology, globalisation, climate change, the challenges of population and the evolution of social attitudes mean that we all now find ourselves in fluid and quite unpredictable times. For many, this is frightening, for others, exciting – but for young people contemplating the practicalities of their adult future, it is both a personal and vocational hurdle. Just how can a 16- or 20-year-old in 2018 reasonably plan for the world of 2040?

Okay, so you’re probably wondering what any of this has to do with dance; but think of it like this. In a rapidly changing world, adaptability (call it creativity), is widely recognised as one of the key aptitudes for navigating the uncertain terrain of tomorrow. Clearly, this is something that educators are increasingly focused on and, as old rigidities melt, new forms of schooling will become necessary, if only because kids and parents will demand it.

Into this emerging space, people like Melbourne-based performer-turned-educator Todd Patrick have stepped. The school he started in 2005, and which was initially the standard “open class” affair for all comers, has now become a sprawling, multi-faceted campus offering tertiary and secondary courses for aspiring dancers, actors and performers of all kinds. Indeed, like The McDonald College in Sydney, Patrick Studios Australia operates as a specialist performing arts high school, in addition to offering a suite of nationally accredited certificate and diploma courses.

As the one-time dancer and model argues, “Schools like ours are the tip of the iceberg, and I think it’s going to go everywhere, and not just in the performing arts. You know, we have to figure out a different way in Australia to educate our kids because they are bored. So bored. Phones are a real issue, as is comparing themselves on social media, and we have kids whom we have ignored for decades. We’ve ignored kids who are good with their hands or are great with art, and we have just focused on this bizarre idea that if you’re academically inclined, you’ll be a success in life; and it’s not true.”

Rather than advocating for a dilution of academic standards, however, Patrick’s contention is more nuanced. He is quick to point out that Year 12 students from his campus in the inner suburb of Prahran have finished “in the top five” in subjects like geography, maths and English across Victoria. For him, the beauty of the “performing arts school” model is that it provides critical motivation. “At our school, if they’re not good at their academics, they won’t go into their arts classes,” he notes. “So I’ve got a carrot to dangle in front of these kids that normal high schools don’t.”

For parents, this is clearly a salient point. As the nature of workplaces and the job market undergoes seismic shifts, they understandably have an eye on the core practicalities. Here again, Patrick regards dance and other performing arts as having a definite career upside. “I still have parents say to me, ‘But can they make money?’ And I go, ‘Okay, let’s have a look at this,’ because if you’ve read anything in the media you’ll know that tradies are earning more money than doctors and lawyers; that they don’t have big HECS debts, that they’re more likely to buy a house at a younger age than anyone else in the country at the moment.”

He goes on, “So then we look at performing arts, and I tell them that one of the ‘easiest’ jobs you can get is a gig on a cruise ship. There are loads of them, and they’re constantly auditioning; and I’ve got kids at age 21 coming home from a six-month contract with 30, 40 thousand dollars.”

All of this, of course, is reckoning without the kids themselves; and whilst it is currently popular to engage in “millennial” bashing, Patrick sees another side. “The high school kids are just so educated on the industry,” he says. “I didn’t even know about any of this industry stuff when I was young. I’m quite baffled by their maturity. I mean, it’s what we wanted; but when you have teenage kids talking to you and they have a business plan and they know every school in America and they choose schools based on contacts and work opportunities, it’s pretty amazing.”

On top of that, Patrick Studios Australia is in the fortunate position of being able to work closely with their next door neighbours, the National Institute of Circus Arts and the Victorian Institute of Gymnastics. The net result for students is the opportunity to get a solid grounding in a diverse range of performance skills, whilst being able to access some of the best equipped class and theatre spaces available.

“Everyone talks about being a triple threat these days, but these kids are a new breed. We’re calling them the quad threat because they can sing, dance, act and do circus,” Patrick explains with pride. “It’s pretty amazing when you see Year Nines, that’s 13-, 14-year-olds doing four-part harmonies while they’re hanging upside down on a rope. I don’t know about you, but I certainly wasn’t doing that in high school.”