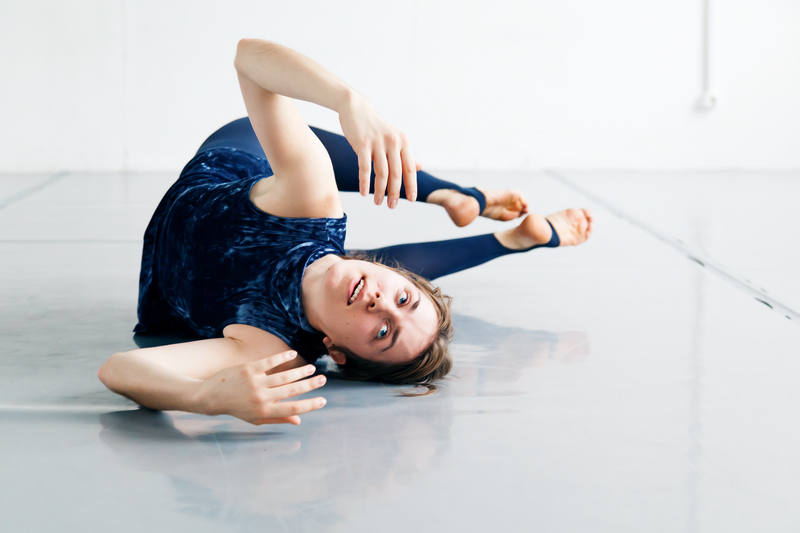 There is a blackboard wall in a foyer at a specialist dance venue just north of the river in Melbourne, Australia, where audience feedback is sometimes recorded, and there, in white chalk, it says it clearly: “So dance doesn’t dance anymore?”

Of course, what this anonymous punter is pointing out is something that many of us in and around contemporary dance have been wondering for some time; namely, when did the notion of actually dancing, (in time, to music) become so uncool? What is it that is driving so many choreographers to look beyond the core of their own form?

Naturally, there is no simple, catch-all answer; but the two most obvious reasons include our species wide tendency toward herdthink (and its subsequent manifestation in dance as a form of creative correctness) and, conversely, a post-modern penchant for relentless self-reflection that has underscored a mania for the spectacle of so-called innovation. In a bizarre, nigh choreographic twist, the frequently ironic result is that this frenzy for form subverting risk maps out as just more of the same. The iconoclasts become the followers, danger seems yawningly safe, and dance works so often end up looking more like physical theatre or, God forbid, a combination of mime, rolling around and undergraduate “identity” droning.

Okay, so before we lurch into reflexive nostalgia for supposedly golden ages or insist upon compulsory musicality, let’s remind ourselves that what we love about contemporary dance is that it is so much more daring and inventive than its more hide bound cousins in ballet and on Broadway. Indeed, perhaps it really doesn’t matter if dance looks like theatre or moves out of sync with glitchy electronica. Maybe we’re the ones with the problem. Our expectations, our suburbanite formalism, our insistence that everything stays exactly as we like it.

As Brisbane-based choreographer, and the current artistic director of Expressions Dance Company, Natalie Weir argues, “People might find things a little bit confronting, but that’s part of our job in contemporary dance, to keep pushing forward and evolving and almost educating audiences to come on that journey with us.”

In fact, Weir readily admits that Expressions is one of the many companies moving in a more ‘theatrical’ direction. “Often the smaller companies, like ours, because they only have a small number of dancers, are always looking for new ways to make work. And also, there’s connecting with audiences, because we all need to find and grow audiences, so we’re all looking for new ways to do things.”

Unpacking all this, what is clear is that performative dance (like all live art) is a physical and psychological ritual involving both the makers and the watchers; and as such it inevitably co-opts and confronts our received ideas about what all this is meant to look like. However much we care to intellectualise it, our unease at being presented with a pile of immobile bodies lying on stage in complete silence – and having that called dance – is really the discomfort of disorientation and change. It is the alarming prospect of the unknown. Dammit, this ain’t dance!

For someone like Jo McDonald, a former Ausdance SA President and now the driving force behind Adelaide’s Move Through Life dance studio, contemporary dance maintains a difficult relationship with itself, and by extension, its audience. “It so often seeks to explore and express ideas, to communicate more than can be communicated through recognisable dance steps,” she observes. “I’ve found myself in recent years preferring to watch contemporary dance that is about the movement, because that’s why I’ve chosen dance as the art form I prefer, rather than something that’s about ideas, because I want to see the beauty of dancers’ bodies moving through space.”

Stepping behind the curtain for a moment though, we might well wonder what this means for the creators. Whilst it is banal to say that artists are free to do whatever they want and it’s only the rest of us who are fixated with genre labels and the like (especially we scribes), it is interesting to note that the professional dance community is far from united on the question of dance’s drift into text, identity silos and navel gazing. As one dancer (who asked me to preserve his anonymity) said recently, “Why did I spend fifteen years of my childhood learning all this technique if the end result is that I’m asked to stand still and mouth all these platitudes? Maybe I should have trained as an actor instead.”

Beneath his exasperation is a concern about the skill set, which in turn raises another question. Are the parameters of an artform, or any specialist practise (carpentry, football, whatever) more or less defined by a cluster of objectively measureable abilities? To what extent is the  artof dance really a trade (or craft) and does jogging around a stage in track pants for an hour therefore qualify?

Consider it thus: you go to a restaurant and, lo and behold, the boundary testing chef is so over the outmoded bourgeois practise of putting the food on a plate that you are asked to eat your fitty dollar main off the floor. Would you go back?

The point I’m driving at here is, in fact, the point of no return. Whilst few would seriously argue that the artist should be bound by beige middle class consensus or be mandated to spoon feed the entire auditorium, is there a creative horizon beyond which dance really needs to call itself something else? Physical theatre maybe. Or performance art.

“I think maybe this is an argument about terminology and I don’t know that it’s important,” Weir declares; and although we can indeed dismiss this as a quibble over names, there are many in the Australian contemporary dance world who wonder what the very fact of us having such a fraught dialogue signifies. Why, in fact, do we even care?

As the CEO and Artistic Director of Melbourne venue Dancehouse, Angela Conquet, wonders, “Is it because the body is failing or is not enough anymore?”

Here again, we arrive at the identity problem. What are we and are we happy being who we are? Or are we just obsessed with the idea of new, like fashion victims in search of this year’s must have new look?

So maybe this is why dance, of all artforms, is struggling so hard not to be itself – because there is nothing more fundamental than the body. Nothing that says ‘this is me, animal and mortal’ more than the bloody immediacy of flesh and bone. And yet to dance is to celebrate ephemerality in the most concrete of terms. To scrawl our dreams on the canvas of space and time, and then have them vanish.

In an insane, forever young, never going to die culture that extols hubris and denial, such fragile and honest beauty is almost bound to come to the attention of the makeover police. Or, erm, become physical theatre or maybe get called performance art…whatever that means.