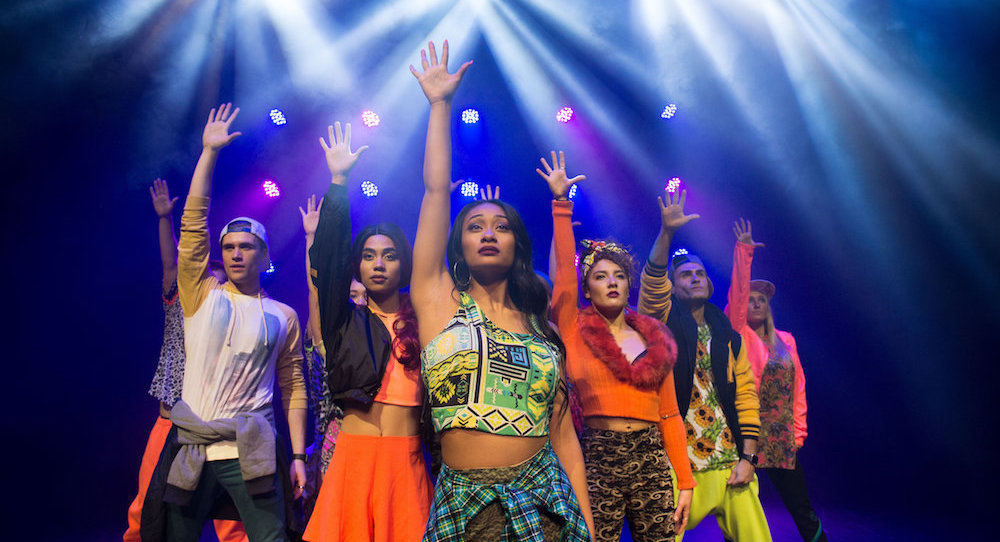 Bring It On: The Musical is inspired by the hit movie released in 2000. A classic outsider makes good story, Bring It On is coming to Australia. The choreography is created by the young, but prolific, Michael Ralph.

The musical follows the story of a young woman transferred to another high school. “It’s really about modern-day America and the current political climate,” Ralph says. “The Trump supporters versus diversity and individuality.” The heroine loses her status, friends and supporters, and she needs to connect with a new group. She finds her way to the dance crew, and convinces them to compete in Cheerleading at competitions. “The two high schools in the story represent those conflicting sides in America today,” says Ralph.

Choreographically, he says, “Bring It On is mostly set within the high school where the main character gets transferred to. This is a lower socio-economic area and urban hip hop world. This allows the language of hip hop to inform the choreography. It is a challenge to tell the story but also find the right vocabulary. I choreographed this for West Australian Academy of Performing Arts in 2003. That was a challenge, and it went really well. This time, I am really keen to do it with expert cheerleaders. There is a lot more I can do in the cheer sections of the show since I have world level cheerleaders involved. This time, I have people who are specialists at it.”

Ralph is busy, working on multiple projects: Dance Boss for Channel 7, a cabaret he is directing in Melbourne called CAKE, and a version of 9: The Musical, as well as Bring It On. Ralph describes his own transition to professional work after study as “quite lucky”, due to scoring a role in Cats as soon as he graduated.

“For me, it worked out,” he says. “When I finished my year of full time training at Dance World, I was lucky enough to get a job straight out. I do work really hard, and it really was a right time and right place. I was a cast replacement. Someone had gotten injured on a tour of Cats in Asia. I learnt the show in a week, and went straight on stage. It was a quick introduction. It was the best way to be introduced. I got to meet really great people of different ages and different experiences. I always encourage people to go for Cats in particular. You learn fast about work ethic and looking after yourself.”

Ralph is reflective about his success. “I worked my way up myself. I didn’t really take the traditional route of being a dance captain, assisting someone and then eventually making something yourself. We all find our way on our own journey in our own time. There isn’t really a right and wrong way to do things.”

The movie of Bring It On was wildly successful. It is a less common transition to make from cinema to live theatre. “I’m delighted with the sensational cast we’ve been able to assemble, which includes some of Australia’s most dynamic musical theatre performers and amazing, multi-talented cheerleading champions,” says Alister Smith, the director of the Australian version of Bring It On. “Breath-taking acrobatic feats of human athleticism, with comedy from the mind behind Avenue Q, and the music and lyrics of the genius that is Lin-Manuel Miranda, make this a truly exciting new musical theatre experience.”

You can catch Bring It On: The Musical at The Athenaeum Theatre in Melbourne from 7 – 16 June. For tickets, head to www.bringitonthemusical.com.au. For more on Michael Ralph, check him out on Facebook.