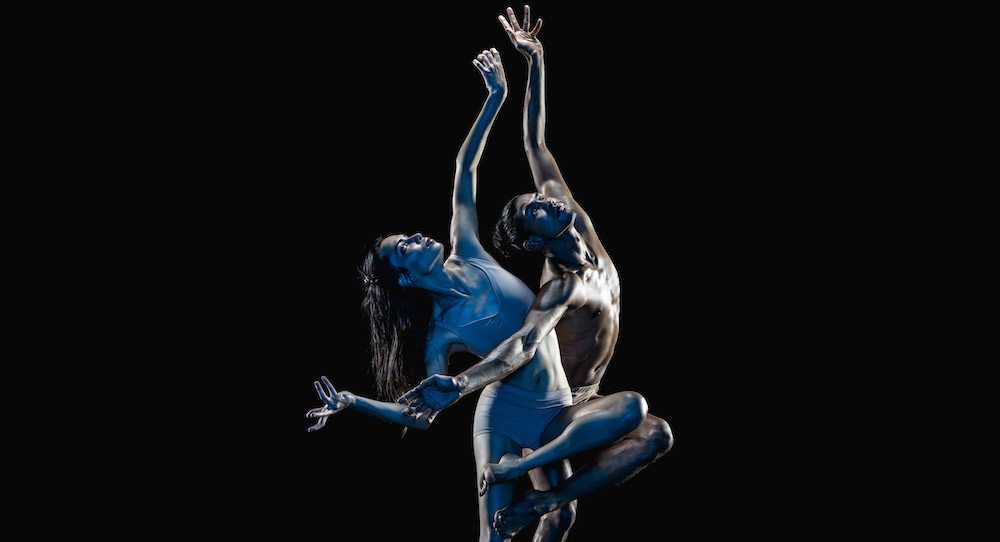 That a recently published book which examines pre-colonial land management amongst Australia’s First Nation peoples should directly inspire a dance work isn’t as surprising as it sounds when you consider that the company is Bangarra and the choreographer in question is Stephen Page.

As the long-time Artistic Director of Australia’s flagship indigenous arts organisation, Page has spent a quarter of a century reconnecting with culture, community and country as part of his process of developing new work. In this light, Bangarra Dance Theatre’s 2018 offering, Dark Emu, simply continues this journey — the exploration and evocation of ancestral knowledge within the context of a dominant culture and in a contemporary world with entirely different forms of expression and ways of knowing.

“When you look at this country,” Page suggests, “you see a myriad of characters, from tropics to snow; and the many seasons, not just four seasons but six to eight. It’s alive. It’s not something you can parcel up and own.”

To boil down the dichotomy to its simplest form, what Dark Emupoints at are divergent attitudes to land. One is a custodianship model, the other an ownership model. What Bruce Pascoe’s controversial, prize-winning book examines is the range of indigenous farming and landcare practises and, in turn, it confronts the lingering and near ubiquitous myth of the Stone Age, desert wandering hunter-gatherer. That said, it’s still a bit of a stretch to imagine a tract about agriculture as a four-part, full-length contemporary dance work.

Page, however, is a man excited by big ideas and inspired to interpret them through movement. “Oh man,” he enthuses, “I always wonder what if. What if those ideas and that indigenous philosophy had been adopted by the Europeans. I mean, would Sydney be called Eora today? Would this form of history be embedded in our culture today? You know, what would the industrial revolution have looked like if it had this sense of First Nation knowledge running through it, and what type of economy would we have created?”

Utopian imaginings aside, Bangarra’s remit is to assimilate modern dance practise and almost timeless traditional dance and ritual into works that speak to audiences beyond the narrow silos of ethnic identity, political persuasion or horticultural preference. By delving into Pascoe’s book, Page and his key collaborators (dancers Yolande Brown and Daniel Riley, and dramaturg Alana Valentine) have drawn upon far deeper seams than the dry furrows of academic history. As Page notes, “So, with Dark Emu, it was quite a studied book, a fictional account of factual ideas; and it has this land with a spirit that makes it a beautiful account of people, fish, creatures, ocean, sky and country.”

By focusing on the greater planetary cycles inherent in “nature-based” cosmologies, Bangarra’s interpretation of Pascoe necessarily engages with the beating heart of dance. “It’s like, ‘here we are and we’ve got to respond to time,’” Page explains. “So, you know, we have this fascination for history that’s so deep and entwined and complex and yet so poetic and wonderful that you wonder how the bodies play that out. How do we take a creation story, which, if you go deeper, looks right at this question of what is this underworld or underbelly that everything rests on, or comes from? You know, what is that spirit, and how can we ask this question in dance? Let alone answer it.”

Here again, the physical grammar of Bangarra’s work is unique because it is informed by a variety of traditions and disciplines. Of his ensemble, Page says, “They’re not Sydney Dance Company, they’re not The Australian Ballet, they haven’t been doing ballet since they were five, and they don’t havethat form. But what they do have is this eclectic palette of movement. The biggest thing for them is reconnecting to and through traditional dance.”

In this, we glimpse the underpinnings of Page’s adaptation of Dark Emu, for just as Pascoe attempted to have us revisit our assumptions about Australian aboriginal history, so Bangarra is actively re-imagining a pre-colonial world through the prism of the 21st century, inner city dwelling dance professional. Indeed, both book and performance utilise Western modes to tell an indigenous story.

Yet for all that, there is a simple human truth behind the company’s staging of Dark Emu. Whilst working on Bennelonglast year, Page happened to meet Pascoe at a Sydney Writers’ Festival event at The Wharf. “So I said to him, ‘Hey, we’ve been talking about Dark Emu; it seems like it’s really getting out there.’ And I invited him to come and see Bennelong. Anyway, at opening night, he came along and then afterward he was just sort of hanging in the corner, and he was like, ‘You should do a dance response to Dark Emu,’ and even though there were other ideas about what to do after Bennelong, it just stuck.”

In the febrile atmosphere of Trumpworld politics, it is sometimes easy to forget that operating behind the various ideological megaphones are actual human beings; and, in fact, that there is a more fragile architecture to the creative process (ideas and intentions) than publicity machines and journalists might like to acknowledge.

Laughing, more at himself than anything else, Page quips, “People think I have this 40,000-year strategic plan of works in my head…but I don’t really. On this occasion, it came straight from Bruce.”