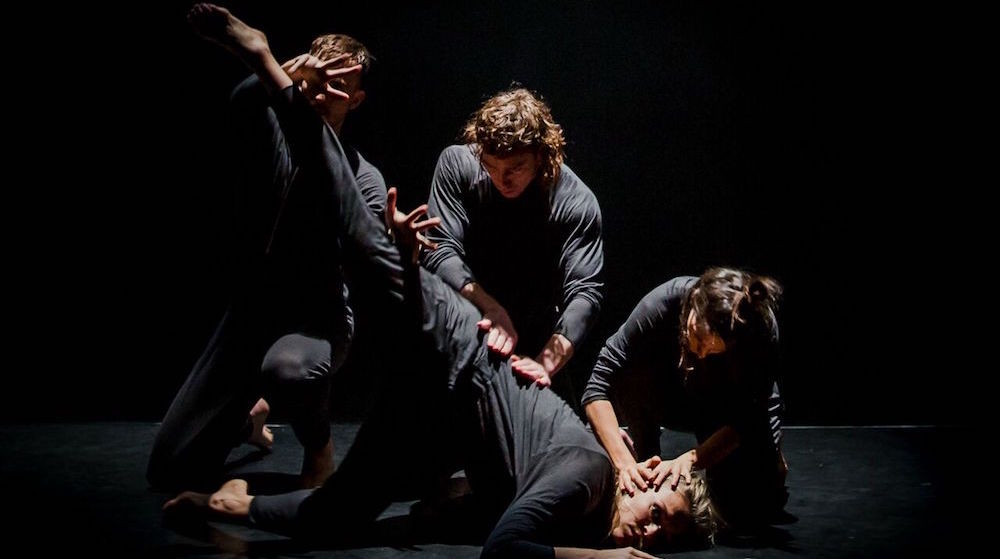 Stephanie Lake has seen major success in the course of her freelance choreographic career, receiving honours at the Australian Dance Awards, Helpmann Awards and Green Room Awards. Her cutting-edge work, which has been performed all over the world, has been described by critics as “original”, “gutsy” and “virtuosic”.

In 2014, the talented woman established the Stephanie Lake Company, taking her first steps toward creating a formal platform to regularly showcase her work.

Here, Lake shares the path she took to realising her dream to choreographer for some of the best dancers and companies in Australia and the world.

How did you get your start in choreography?

“I got my start in a youth company in Tasmania called Stompin when I was in my teens. I was lucky that we dancers had many opportunities to choreograph parts of the shows.

When I was training at the VCA [Victorian College of the Arts], I set up a collective with some fellow students called TRIKE, and we made some pretty ambitious shows together, one of which won the overall Best Performance Award at the Melbourne Fringe Festival. That was so thrilling at the time!

My first professional commission was from Chunky Move, which was then under the directorship of Gideon Obarzanek. It was for a night of short works called Live Acts. I choreographed a duet to Blackbird with a mini tramp and my co-dancer in an arm cast.”

How did you build on that initial foot in the door?

“The Chunky Move commission led to many other, larger choreographic commissions from the company, culminating in a full-length work in 2010 called Mix Tape, which was a big breakthrough for me. That job led to an invitation to choreograph for Sydney Dance Company and, following that, many others.

In my experience, if you do well with an opportunity, no matter how small, it can lead to two other opportunities. So the more I did and made, the more doors opened. I’ve now choreographed for nearly every major contemporary dance company in Australia and also some international companies. And last year, I had my first commission from a ballet company.”

When did you make the decision to start your own company? What was that process like?

“Stephanie Lake Company was established in 2014, with the help of the producing company I was working with at the time, Insite Arts. There was quite a lot of demand for my work at that stage. I’d just had a show in the Melbourne Festival, A Small Prometheus, which won the Helpmann Award, and another for Chunky Move, AORTA, which won the Australian Dance Award. I also had works which were touring internationally, so it felt like the right time try to find funding and support to build an infrastructure so that we weren’t just going from project to project.

I have huge admiration for Lucy Guerin, who also created her own company and has built an organisation that is such a positive force. I want to continue to build Stephanie Lake Company so that we can work on a wide and diverse variety of projects and collaborations. I’d love to create an ensemble company in Melbourne that employs dancers full-time, something that doesn’t exist here yet.”

Female choreographers are rare in Australia. Do you think it’s harder for women to forge a choreographic career?

“This is a huge issue and one I’m passionate about. There are actually many female choreographers in the contemporary field, and directorship of contemporary companies is probably 50/50, but the Major Performing Arts (MPA) dance companies are all run by men as far as I know. And in the classical world, it is predominantly male artistic directors and choreographers.

What that means is that women aren’t getting the mainstage shows. Young women choreographers need to be actively supported if we’re going to see change. After a review of the theatre sector recently, there have been many initiatives to foster women playwrights and directors and that has borne brilliant fruit. The same needs to happen in dance.”

What is the most valuable thing you’ve learned over the course of your choreographic career?

“To trust my instincts and to work hard.”

What do you think it takes to be a good choreographer?

“Imagination and rigour. To not be afraid to try the ‘terrible’ idea. And a sense of playfulness in the studio. I think the best choreographers know how to create a culture in the studio in which the dancers feel respected and valued and invested in the work.

Laughter and fun are really important to me. The creative process is daunting and can be scary. I’m nervous before every single rehearsal, but if the dancers and collaborators are on board and in your corner, it makes a huge difference.”

What is the most challenging thing about your job, and what makes it all worthwhile in spite of that?

“There are many challenges — the financial instability, the vulnerable position of putting your work in front of people, the physical and mental strain. What makes it absolutely worthwhile is seeing a work come alive in front of an audience. The sleepless nights and the agonising do feel worth it when you have breakthroughs in the studio and when the performance ‘lands’.

I also love working on such a huge variety of projects in so many different places. My kids have travelled all over the world as a result. I’m basically working with new people every six to eight weeks, and you become very close quickly because of the intimacy of the creative process.”

How do you fund the work you do?

“It’s a combination of state and federal funding, donations, box office and commissioning fees. It changes project by project, and there’s never quite enough! I don’t have any ongoing funding as yet, so it’s tenuous at best, but I hope to build the company and gain some more stability in the near future.”

What advice would you give young budding choreographers in your field?

“Complete! Make something and get it in front of people. You never know who will see it and what opportunities might come. Also, find your own voice. Block out the noise and follow your instincts. You’ll never have as much energy as you do when you’re young, so use it and don’t be afraid of failing; that’s how you learn.”