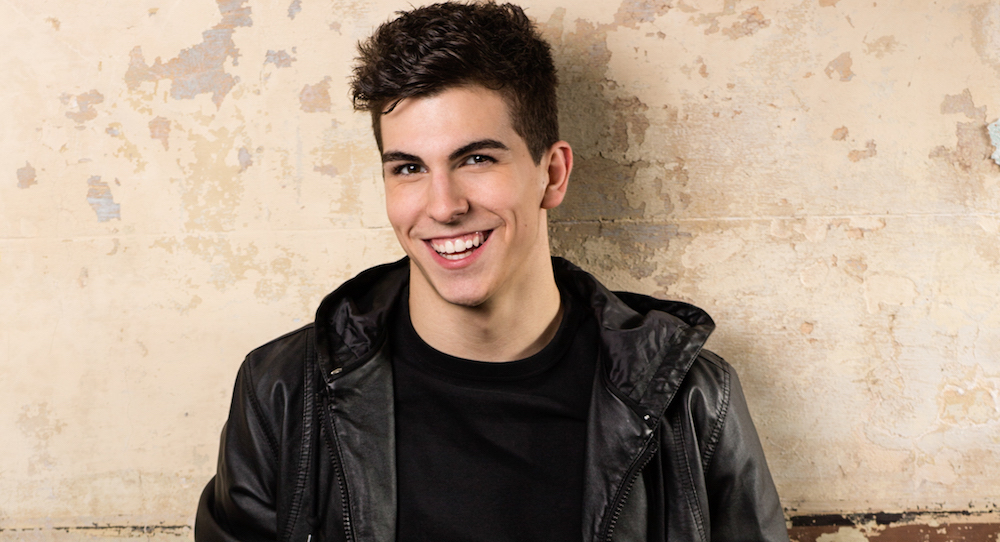 In 2013, musical theatre performer Daniel Assetta received a phone call from his agent that he had booked his first musical, Wicked. He remembers feeling ecstatic and emotional with that call. He had made it into the business, and with one of his favourite shows nonetheless.

But Assetta didn’t settle there. To this day, he has worked tremendously hard (so much so that he’s only really had two days off). He has performed with Opera Australia, appeared on So You Think You Can Dance and starred in other musicals such as CATS, Curtains, Funny Girl, Follies and more. In 2014, Assetta won the Playbill Future Prospect Award, and in 2015, he received the prestigious Rob Guest Endowment. Now, he plays Elder Young in the hit, The Book of Mormon, at Melbourne’s Princess Theatre.

Dance Informa speaks with Assetta about his success, what he loves most about musical theatre and what advice he can offer aspiring performers.

When and why did you start dancing? And when did musical theatre become a focus for you?

“My parents tell me that I spent most days as a toddler dancing around the house! Of course this only increased as I started growing up, and I would perform for anyone who visited us. So they decided to enrol me in a dance class to see if it was something that I would enjoy, and I haven’t looked back since. I began my training at the age of four at The Glenda Yee School of Dance in Prestons, NSW. It wasn’t just a hobby; it became my passion and direction in life. It was around the age of seven that I started singing lessons, and my teacher introduced me to the concept of musicals. I immediately fell in love with the idea of combining all the skills I was learning into one. I remember going to watch The Lion King at the Capitol Theatre as a child and being so inspired. I knew that I wanted to be up there on that stage, making a career out of something that I love doing.”

What do you like about musical theatre, about telling a story through music, dance and acting?

“There is something rather special about the feeling you get, as both an audience member and a performer, when experiencing the journey of a musical.  As actors, we have the incredible job of bringing an audience into the world of the show. Every musical has a different story to tell and does so in very unique ways. The power of theatre can make you laugh, cry, smile and be entertained all in one night.”

Which aspect of musical theatre do you think comes the most naturally for you – dancing, singing, acting?

“This is a tough one, because I really do love each aspect, but my training stemmed from dance, so I’d have to say dancing. There is a certain emotional connection that comes from physical movement that is unachievable in any other form. No matter what circumstance my day presents, dancing will always be the thing that pulls me back on track. When I’m dancing, I’m in my happy place. I feel electric. There is really no other way to explain it.”

You’re performing in The Book of Mormon. What has the experience been like so far?

“The Book of Mormon is a dream show for me. Ever since I watched Andrew Rannells sing ‘I Believe’ on the Tony Awards in 2011, I knew that I had to be in the show. It is one of the greatest musicals to have ever been created, and we are so lucky that Australia gets to experience its brilliance firsthand. We got to rehearse and work with Casey Nicholaw, the original Tony Award-winning director/choreographer of The Book of Mormon and meet the creators Matt Stone and Trey Parker, the boys from South Park. I mean it really doesn’t get much better than that. The energy of our opening night in Melbourne at The Princess Theatre was really one of the best moments of my life. I knew that I had worked so hard to get there and that I was actually living out a dream of mine. It was quite overwhelming, but I will never forget that feeling.”

Being in musical theatre, you’re performing the same show multiple times a week. How do you keep each show fresh?

“Being in a successful show is such a wonderful feeling, but it can be a challenge when it comes to re-creating it eight times a week. As actors, we love playing off each other to create a fresh performance. I have worked with so many talented people over the years, and it’s a pleasure to be able to share the stage and perform incredible stories with them. I always start each show with a positive, bright and focused energy so I can deliver a fresh performance to audience members who may be experiencing the show for the first time.”

You’re represented by Jeep Management. How has having an agent helped your career?

“The team at Jeep Management have helped me carve out a career that I am so proud of, and I couldn’t have done it without them. Not only do they get me in the room for auditions, but they also support everything that I ever want to achieve and help me create goals to get there. They always go above and beyond, and for that I am truly grateful.”

Out of all of your professional credits, what has been a most memorable ‘on stage’ moment for you?

“The most memorable moment would have to be performing as the Rum Tum Tugger in CATS, all over Australia and New Zealand. This was an experience that I could never have anticipated. I was given the opportunity by Andrew Lloyd Webber and the rest of the CATS team to re-adapt this role in the rehearsal room. I worked hard to create choreography, movement and found a stylised walk that I thought captured the essence of bringing this character into the modern world. It became something I was proud to perform in front of audiences around the country, and I found so much joy and happiness from it each day. It is truly rare for an actor to have any input into their performance, and for that reason it is my greatest and most memorable moment on stage.”

You’re so hardworking that I heard you’ve only had two days off in some time! How did you spend those days off, and how do you like to spend a day off (when it comes)?

“It sounds pretty ridiculous when you say it like that, but yes, I really haven’t had much down time. I truly am blessed to have been constantly working over the years, but it does mean that when a day off arises, I completely shut down into relaxation mode. I was able to take a wonderful trip between projects to Ubud in Indonesia, which involved a lot of lying by the pool, eating delicious food with a good book in my hand. As much as I’d love to travel to an isolated resort every time I get a day off, that is, of course, impossible. So I try to either escape from the city by driving out to the country, visiting my parents, or enjoy a quiet day lounging around at home with a couple of good movies and TV shows.”

What advice do you have for aspiring musical theatre performers? What advice has taken you far that you would like to pass on to others?

“I would say to aspiring musical theatre performers that there is no limit to what you can achieve. You have to dream big and work hard to make your goals a reality. The industry is tough and will always present challenges, but you have to keep learning about yourself and your craft so that you can continually stay on top of your game. If you are a dancer, invest in some singing lessons. If you are an actor, get yourself to a weekly dance class. Being as versatile as possible presents so much more opportunity within the industry and will only help better your chance of being employed.”

What else is on your ‘bucket list’ in terms of your career? What do you hope to do next?

“Well, watching Hamilton last year in New York, I have to say that it is on the top of my bucket list of shows I would love to be a part of. It really does exceed the hype and is the best musical I have ever seen. A couple of other bucket list shows for me would be West Side Story, Newsies and Pippin. I would also love to be part of the creation of a new show. I feel like this is the ultimate for any performer who craves creativity and would be quite special. And another dream of mine has always been to perform on Broadway, and so that is something I will keep reaching for in the future.”

How would you describe yourself in three words?

“In three words, I would say: ‘motivated’ because I believe that success isn’t achieved without hard work; ‘confident’ because in this industry you can’t be afraid to put yourself out there and take risks; and ‘vibrant’. I feel like I bring a bright and lively energy to everything I possibly can in life.”

For tickets to see Daniel Assetta in The Book of Mormon, running at the Princess Theatre in Melbourne, visit bookofmormonmusical.com.au.