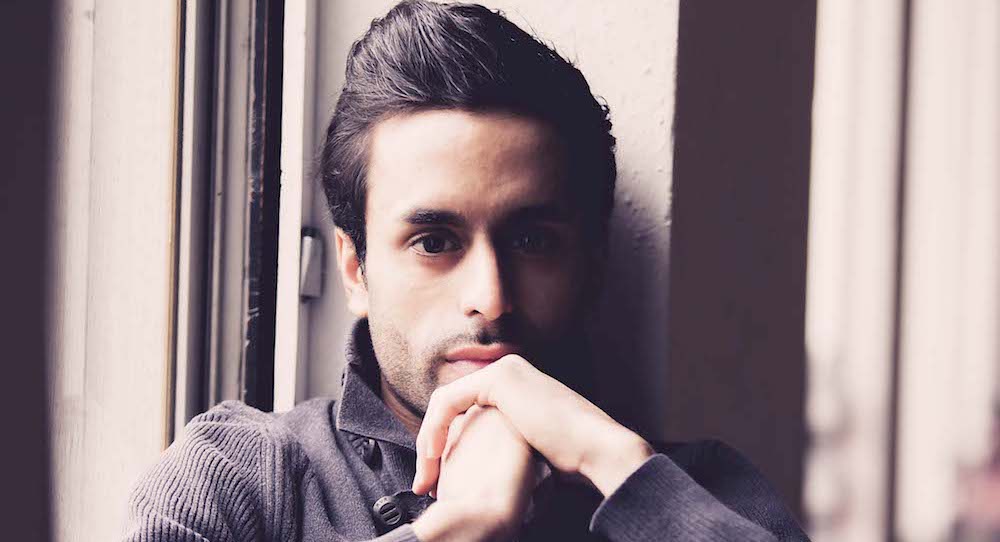 OzAsia is Australia’s premier festival with a focus on Asia, running from 21 September to 8 October in Adelaide.

One of the many works in the festival is Rising, the first production of Aakash Odedra Company.

Hailing from Britain, Odedra’s practice is rooted in the classical Indian styles of Kathak and Bharat Natyam, and in Rising he performs four solos which have been choreographed by himself, Russell Maliphant, Sidi Larbi Cherkaoui and his mentor, Akram Khan.

Dance Informa spoke to Odedra in the lead up to OzAsia.

Tell us about the four different solos within Rising. What are the differences and similarities between the solos, and what do you love about performing each of them?

“The first solo to be presented is Nritta. It is the only classical Indian solo in the programme. Rising was my first production, so Nritta at the beginning was a way to show where my dance roots come from. It is stripped of the expressive aspects of Kathak and is thought to be pure technical Kathak. Since it’s my own piece, I have the enjoyment of improvising the piece. Every few shows, I will try and change it choreographically; it keeps me interested in it.

The next piece is In the Shadow of Man by my mentor, Akram Khan. Akram’s journey in dance followed the same line, a classical Kathak dancer who explored contemporary dance later in life. So in the Rising programme, this comes next. But it is the piece which physically made me move so different as a contemporary dancer. I had never been in an intense contemporary dance process before. Whilst it was the most difficult piece for me physically, when I started it, it set me up for my later contemporary explorations within my body.

The third piece is Cut by Russell Maliphant. When this was being made, I was able to see the special relationship between Russell and lighting designer Michael Hulls. It made me think about how movement interacted with different facets on stage. Light and movement are so intrinsic in this piece. If the design can’t be re-lit, then it’s literally to suggest the piece could not be experienced.

The last in the show is Constellation. For me, the making of this was the most meditative and introspective. I had to conceive movements from inside the body. Just thinking in this way awakened me to how the body could move. I also feel this is the piece that has evolved the most, as the inner awakening meant my body grew to embrace the choreography over time.”

“Absolutely. The choreographers are individuals, each with a different genius. Akram’s process pushed me the most physically. As a Kathak trained dancer, he could see that my body could move differently. He took time to immerse me in movements I was not familiar with at all, my body had not recognised could be achieved. His works are always theatrical and narrative; that is how I think, too, as a Kathakaar.

Russell’s process was vert reflective to watch. As a Kathak dancer, he had a dance tool he had not worked with before. And so he used what was more natural to me to mould the dance. And then when Michael came to the work for lights, I felt a very different context in how Russell thought about movement. It influenced me to think about light a lot more in work.

In making Constellation, Larbi took a long time to work out what I could do first. We started with yoga, for a week. This was partly for him to reflect on me but also for me to work out my body in a way that was a lot more mental than anything I had done at that point.”

How did you find the process of creating a solo? What did it reveal about yourself as an artist, and is the work ultimately quite personal or not?

“The hardest thing about creating your own solo is you don’t get to see it. You can’t really be in it and watch it. That’s what I think makes it tough. Okay, all the videos and technology giving you almost real time feedback is helpful, but it is not quite the same as being on the outside. Sometimes I have used another body on which to create the solo to watch them dance what I dance, but then emotionally it is different, too.

In making Murmur, a lot has been said about the narrative, theatrical aspects of the way I create. They are both very personal pieces. But this is natural to me. As a Kathak dancer, I am a storyteller. I use this background in thinking about dance in my making. It does not always sit well with contemporary dance audiences, because I guess our training has a different aesthetic and cultural philosophy.”

How did you find it creating on yourself rather than on another person or company?

“So far, making work for others has not been as easy as making for myself. Just practically, when you are being commissioned, you are on a clock with difficult rehearsal conditions and no time for discovery. For my own work, I have more control in terms of time investment. It makes for more coherent results. Artists need more time to be reflective, rather than repeatedly reactive.”

Is the choreographic link between classical Indian dance and contemporary dance quite seamless, or is it their differences that make interesting choreography and movement language?

“We’re only at the beginning of knowing what might happen with this experimentation. The choreographic link is not seamless, but I think that’s the point. It’s where you find the threads or common ground that you can explore the possibilities, and then celebrate the differences for what they are. I have seen classical Indian dance being used in many different ways, in theatre, other genres of dance, circus, some work better than others, but we have to applaud the level of risk when you take artforms from different philosophical intentions to try and make something connect with an audience.”

I also understand that this will be your first time to Adelaide. What are you looking forward to seeing or doing in this part of Australia? And what does it mean to you to be a part of the OzAsia festival?

“My co-choreographer for Murmur 2.0, Lewis Major, is from Adelaide. On personal note, I am just happy to come to the city and region I have heard so much about through the years we have worked together. I know that festivals like OzAsia have more relevance at times when communities are more polarised across the world. OzAsia and festivals like it continue to play an important role in celebrating cultural exchange, learning, friendship and trust, and it’s wonderful to be part of this idea.”