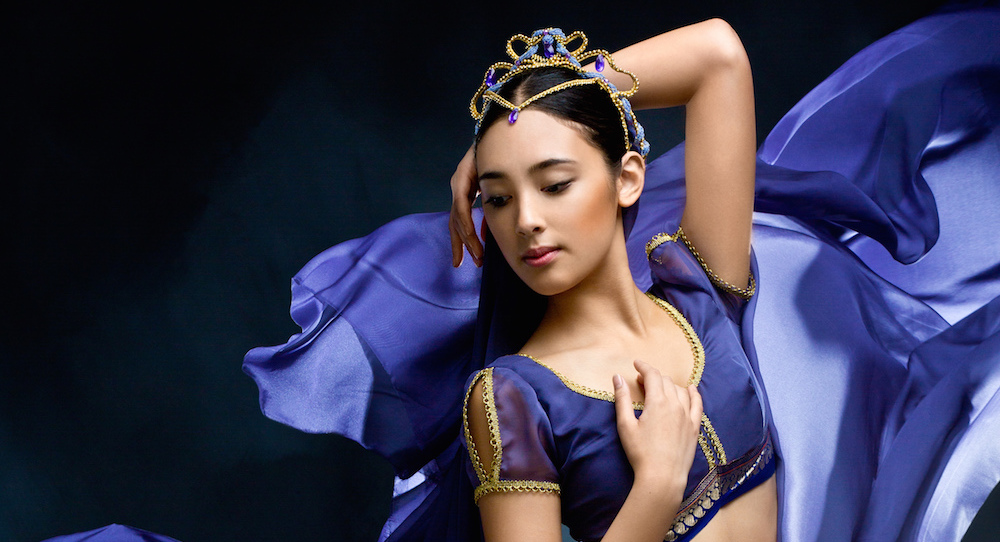 La Bayadère is one of the most iconic works for classical ballet. It is a striking and difficult work, something for a ballet company to challenge itself with. Originally choreographed by Marius Petipa and with an extraordinary score by Ludwig Minkus, it is an epic tale of love and betrayal set in the world of Indian mythology.

Premier State Ballet is a youth ballet company working with The McDonald College in New South Wales. Premier State Ballet currently works with students from The McDonald College, The McDonald College After Hours Program, as well as external students. The company has been the launching pad for many famous dancers around the world, including Robert Curran (Artistic and Executive Director, Louisville Ballet), Damian Smith (Principal Dancer, San Francisco Ballet), Claire Phipps (Queensland Ballet Company). La Bayadère is an ambitious work for the youth ballet company to stage, and to measure itself by.

Heading the work is young Premier State Ballet member Emily as Nikiya. Emily is currently a ballet student at The McDonald College and says, “It is a privilege to be a part of the Premier State Ballet ensemble for this production, and under the direction of Joshua Consadine.”

Consadine, Premier State Ballet’s artistic director, is staging the work. He says, “The opportunity to perform in a Premier State Ballet production is invaluable. The members experience the full process of putting a ballet performance together, such as the rigorous rehearsal process that helps them understand and develop the mental and physical stamina that a dancer requires as a professional.”

He continues, “In the last couple of years, the Premier State Ballet has performed comedic and pantomime-influenced ballets. This year, the company is performing one of the more dramatic and exotic ballets in the classical repertoire. La Bayadère has a strong dramatic narrative with themes and events that revolve around unrequited love, jealousy and revenge.”

Emily adds, “This will be more of a dramatic ballet than the previous full-length Premier State Ballet productions, so it has given us experience working more with the ‘acting’ side as well as ballet technique.”

There is plenty to thrill audiences in La Bayadère. There are unforgettable physical virtuosities from the Kingdom of the Shades, where the corps de ballet performs an impossibly elegant entrance, to Gamzatti’s famous solo, and there is, as Emily and Consadine mention, a narrative to carry.

Audiences can catch it 22-23 September 2017, at the Riverside Theatre, Corner Market and Church St, Parramatta. For more information, visit mcdonald.nsw.edu.au and for tickets go to riversideparramatta.com.au/show/la-bayadere/