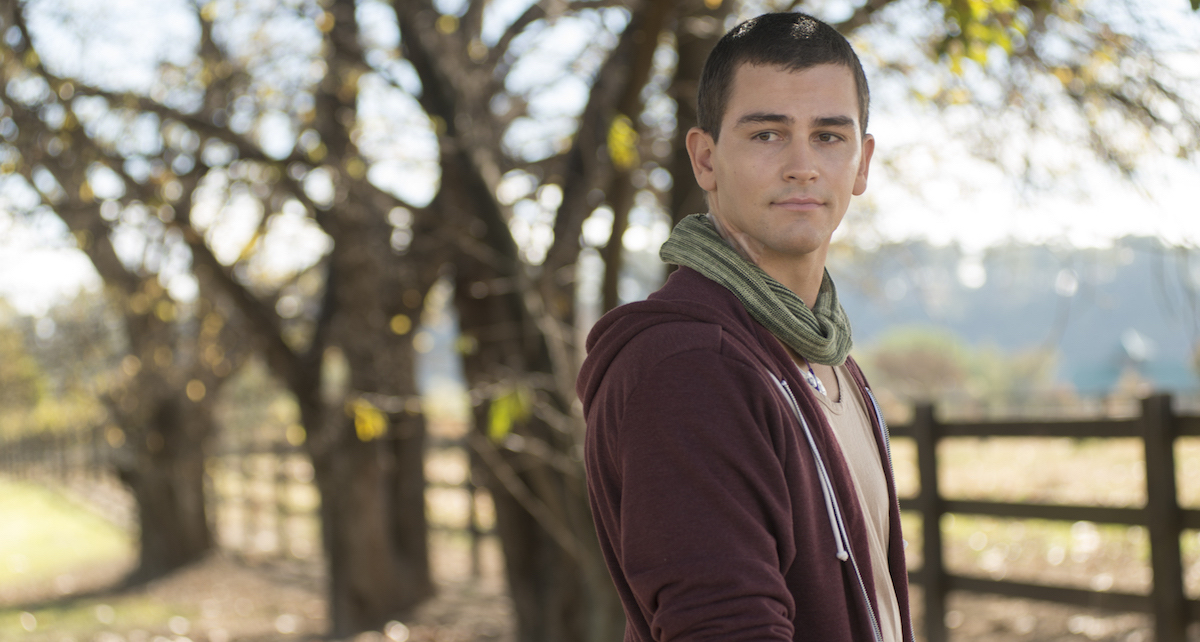 Dance Academy has made it from the TV to the big screen, but viewers still can’t get enough of the series’ beloved characters. Here, one of Dance Academy‘s stars, Thomas Lacey, who plays Ben Tickle, gives us a sneak peek into his life and career.

How do you feel seeing the finished movie?

“It was emotional, that’s for sure. When I first saw it, I had family and friends, the cast and director around me, and to see what we’ve accomplished and how great it was, I cried. I loved the end part in the credits when you see us as kids at competitions; it was just a very emotional time. It was an emotional rollercoaster of a movie as well – very cool to see.”

Why do you think people love Dance Academy so much?

“I think it’s the reachability of it. It’s in so many different countries and territories. Dance Academy is one of the only teen series, I feel, on the Austrailan network that goes into detail about sexuality, about death, sickness, health, about everything. Kids and teenagers and also mothers come up to me and say that they can relate to it. If someone can come and relax and watch it for an hour-and-a-half of their life, then I’ve done my job, which is the best part of it.”

What do you like most about your character, Ben?

“How eager he is, and how he lives life to the fullest. He’s always been like that, and I like to share that same trait with him, try to live each moment – not as if it’s the last but to the fullest, I guess. He’s a fun character.”

How has he changed since his days as a student, when we see him in the movie?

“In the TV show, he was quite boisterous in a way; he didn’t know how to react to things. I’ll always remember the scene when he invites everybody to the party and nobody comes. Ben definitely grows up and understands how the real world works in a way, and how to go about friendships and things.”

Yes, it’s interesting to see the characters grow from kids in the series to adults in the movie, and that must be fun to play as well.

“Definitely. And kids of that age group from seven years ago, when the series first came out, they’ve grown up with it, too.”

There’s some themes in the film of ‘identity crisis’ and who we are if we don’t or can’t dance anymore, which a lot of dancers will be able to relate to. What would you say to dancers experiencing those feelings?

“I relate to my sister, who was dancing since she was two and she unfortunately tore the cartilage in her knee when she was 16, and she was never able to dance again. She ended up switching to study paramedicine. To watch her and her journey through it all, of course it took time and it was such a hard thing to do because it’s such a part of our life. I guess it’s about staying strong. There’s never going to be anything like it, for some people, but life’s too short to not try and find something else. You’ve just got to put yourself out there and really try and find what else you love.”

You’ve done lots of awesome things lately, including playing Scott Hastings in Baz Luhrmann’s stage show Strictly Ballroom the Musical. What do you love most — TV, movies or the stage? Where do you feel most comfortable?

“That’s a hard one. Probably on the stage I feel most comfortable. I’ve been brought up on the stage and did my first show when I was seven, but I’m getting more comfortable with all aspects. If I could base my career off someone, it would definitely be Hugh Jackman, because he does everything. If I could follow in someone’s footsteps, he’d be the guy.”

You’ve toured as featured vocalist with Hugh in Broadway to Oz. Who else would you love to work with, and what sort of jobs would you like to do?

“At the moment, I can’t be too picky and choosy what I get to do. A dream role would be – I’ve always loved fast cars, my family’s in racing, so something like Fast and the Furious 12. Who knows!”

So what’s next for you after Dance Academy?

“I’m still doing a bit of travel with this, but just life as an actor, auditioning. I was in LA at the start of the year for a pilot season. So just auditions. That’s my life really.”

What advice can you give to dancers wanting to be actors?

“Put yourself out there. It can be a scary field. I’m learning every day about different things. Go to class, audit classes. I’m a very visual learner, so if I can watch something happen, that’s how I understand it, so auditing is a big part of my life. Don’t be afraid, always keep pushing forward, and go out and get representation.”

What do you hope people will get out of the Dance Academy film?

“I hope that a range of different ages of people can go see the film. On behalf of my character, it’s a film that goes to some pretty dark places, and it’s quite a visual experience for the viewer. Something like cancer touches everybody in some way, shape or form, and this really brings to light how important our health is and for all the people around us as well.”