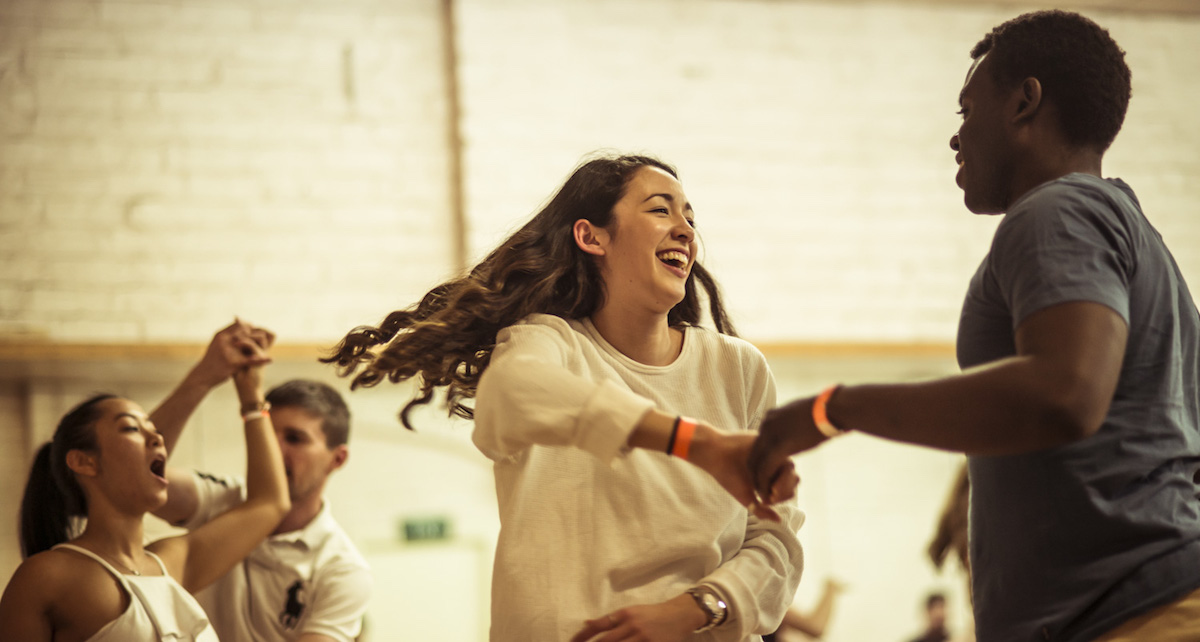 Like so many social dances, the origins of Le Bop (or Modern Jive) are hard to identify with any precision. Although there is consensus around the idea that American soldiers stationed in post-Liberation France popularised a variant of jitterbug and swing-based dances, the style we recognise today also owes its shape to devotees in the UK in the ’70s and ’80s. While the nerds argue the historic fine points, however, the dance continues apace, bringing elements of swing, rock and roll, salsa, and cha cha together to create a social freestyler’s dream. 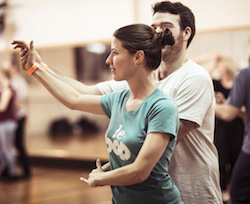 In Melbourne (or more precisely Prahran), the undisputed royal couple of Le Bop, Deb Cantoni and Ariel Bud are preparing to host the 12th annual Victorian Modern Jive Championships (VMJC) at Fed Square over the last weekend of April. For them, and for Le Bop fans around Australia and New Zealand, VMJC is the biggest event on the calendar.

That said, Cantoni and Bud are keen to stress that Le Bop is definitely not competition-based. As the latter observes, “It’s a very unpretentious style and environment. It’s not a criticism of other dance styles, but there are scenes where you have to be, you know, a certain way. Le Bop is not the place to be seen necessarily; it’s a place to dance and have fun.”

Indeed, the social dimension is central. “In these times where everyone is on a computer or a device all the time, it’s really important,” Cantoni argues. “We feel like we’re still doing something to bring people together. You know, get out of your house, meet people, get fit by accident.”

Or, as Bud says, “Once you’ve learnt to dance with somebody else, why would you ever want to dance by yourself?” 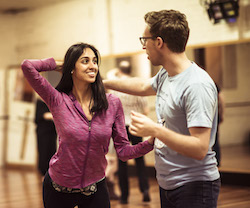 Cantoni and Bud have been dancing, teaching and choreographing Le Bop for the best part of 20 years and, despite the distractions of three kids and a seven-day business, their passion for the form has clearly not diminished. “The beautiful thing about Le Bop is that you can dance it to whatever is playing on the radio,” Cantoni enthuses. “So, it’s popular music. When I started 20-something years ago, whatever was on the radio was what we danced to. So then the feel of the dance changes according to the music.”

For Modern Jive fans, part of the attraction is the lack of strict orthodoxy. Although there is a rhythmic spine to it, the mood and the flourishes are continually being reinvented. According to Bud, “You can do three-count moves, five-count moves, six-count moves, and it’s up to the leader, in conversation with the follower, to make that fit in with the music. You’ve got a huge amount of freedom, which is a blessing and a curse.”

“That’s what we love about it,” Cantoni adds. “We call it freestyle. You make it up as you go along.”

Given the freewheeling, improv nature and social focus of Le Bop, it is perhaps no surprise to see something of this reflected in Bud and Cantoni’s other notable obsession, The Space Dance and Arts Centre. It would be fair to say that most, if not all, dance people in Melbourne will be familiar with The Space. Tucked away just off Chapel Street, it has, since opening in 2001, become something of an epicentre for the dance community. And just like the Le Bop scene, the ethos of welcoming inclusion sits at the heart of The Space vision. 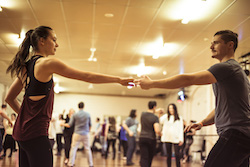 “It is a business,” Cantoni concedes, “but we run it more as a community and a family, and I think that’s what keeps us going. We want to have a space where people can come and create. It’s all about artists feeling safe and having a home to go to. There’s no elitism.”

Thus, when VMJC kicks off, the 150-plus competitors and hundreds of other social dancers will most likely be in party mode, as opposed to overly serious “contest” mode.

“I think it’s genuine connection that people really want,” Cantoni declares, “and that’s what The Space and Le Bop are truly about — bringing people together.”