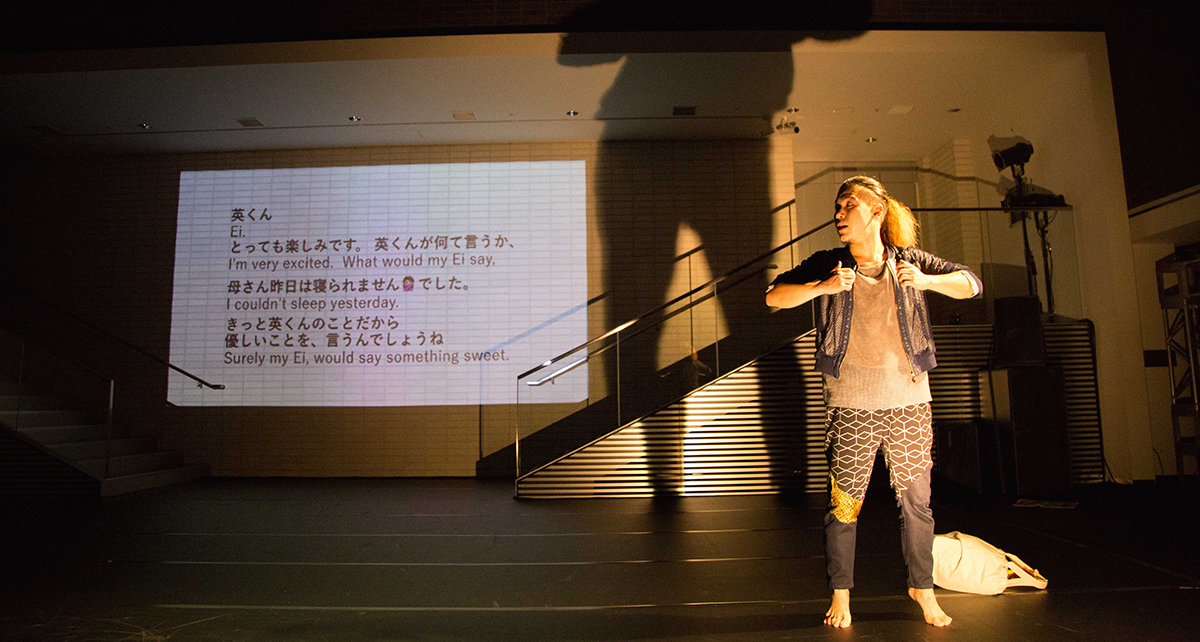 It is a habit of artists to focus on the particular in order to say something about the universal, and vice versa. Or indeed to suggest that the unknown is recognisable and, conversely, that the everyday and the banal remain an essential mystery. 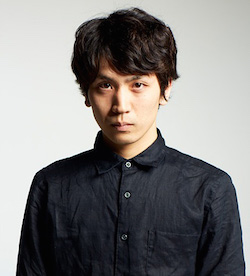 With his stark and evocative work, The Unknown Dancer in the Neighbourhood, young Tokyo-based writer/director Suguru Yamamoto fuses these dualities, not only into the form of a solitary dancer but also into the abstract/concrete world of the modern city. In this one-man dance theatre piece, the entire “non-community” of a city precinct is presented as both anonymous and intimately knowable. By day, the neighborhood bustles; by night, it seethes with violence and crime, with the solo dancer representing all the various inhabitants.

As a resident of one of the world’s most populated cities, 30-year-old Yamamoto is fascinated by the ambiguity of the metropolis. “We have a tendency to fear, hate or feel aggression toward unfamiliar things. I consider anonymity to be one of these unfamiliar things,” he declares. “Say, for example, a middle-aged man and a young man accidentally bump each other and get into a heated argument. Passersby like us wouldn’t empathise. Rather than feel concerned, we would be more likely to criticise. However, what if we knew these two people? What if we knew that the middle-aged man was a kind-hearted family man, while the young man was a friendly guy who looks after his friends?” 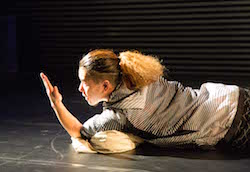 As we find ourselves veering toward increasingly atomised societies, this mode of detachment is something most of us would recognise. As Yamamoto argues, “Anonymity is a mask that hides not just people’s names but their identities and daily existence. I think that once we lose the capacity to imagine and put ourselves in another person’s shoes, we lose our ability to empathise and, in turn, become apathetic.”

When Yamamoto and dancer-choreographer Wataru Kitao bring Unknown Dancer to the Eternity Theatre in Darlinghurst in March, Sydney audiences will have the opportunity to witness the work of one of Japan’s hottest theatre makers firsthand. His blending of projected text, movement, photography and moody lighting has won him fans and awards across Asia.

Asked whether the Japanese urban experience will readily translate, Yamamoto answers with unusual frankness. “I practically know nothing about Australia, which is why I’m inclined to say I’m not sure how it will resonate,” he admits. “However, in retrospect, I wrote this drama with the mentality of someone who lives in Japan but doesn’t really understand Japanese people. In general, I don’t understand human beings at all, and it is with that state of mind that I created this play.” 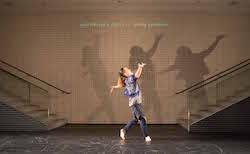 By focusing the action in the body of one dancer (Kitao), however, he give us something instantly knowable: the individual. Whether this avatar lives in Tokyo or Sydney is largely irrelevant. “I used to think it’d be hard to realistically depict a city with lots of characters and multiple storylines all occurring at the same time,” Yamamoto explains. “In that sense, the play is born out of symbolically concentrating various characters into a solo performer instead of literally depicting a neighbourhood. A single performer, a single actor symbolises everyone. Although I didn’t consciously aim to depict a universal experience, per se, by thinking about cities and theatre I naturally considered universal human qualities and experiences.”

Whilst this could readily be done with a text-based one hander, Yamamoto turned to dance to tell his story of the anonymous other. Recalling his hometown of Tokyo, he says, “While observing crowds of people milling about in the city, I thought it looked a lot like dance. I feel like each person’s individuality can be seen in the way they walk, their habits and behaviour. When I watch a dance performance, I ponder human nature and imagine that I’m taking a glimpse into the dancer’s daily life. Instead of thinking about the meaning of the performance or judging whether the choreography is good or bad, I prefer catching a glimpse of the person behind the performer.” 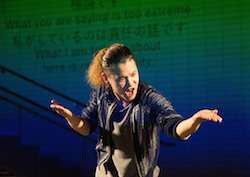 The person behind the moves in Unknown Dancer is award-winning dance maker and founder of the ensemble Baobab, Wataru Kitao. With precise, powerful but natural looking movements, he populates Yamamoto’s city block with people we both know and don’t know. “Wataru and I thought of each character’s body based on their characteristics and used the text to prompt what kind of movement was needed,” the director reveals. “Wataru himself is a choreographer, so we incorporated a lot of his ideas. So although there are no improvised scenes in the play, it is important for me that the dance has an improvised vibe to it.”

Of course, for those of us living in the curiously impersonal cram of the city, the central question here might well be exactly who is the unknown dancer? Yamamoto ponders for a beat before answering, “The unknown dancer is someone from somewhere whose identity will remain elusive for eternity. But one thing for sure, he is dancing somewhere in the neighbourhood. We may never find out who but we can strongly feel the unknown dancer’s presence. That’s the kind of person the unknown dancer is.”

Perhaps this elusive dancer might be the person next to you. Or even the one in the mirror. Who knows?

The Unknown Dancer in the Neighbourhood will run 22-23 March, at Eternity Playhouse. For bookings, visit unknowndancer.eventbrite.com.