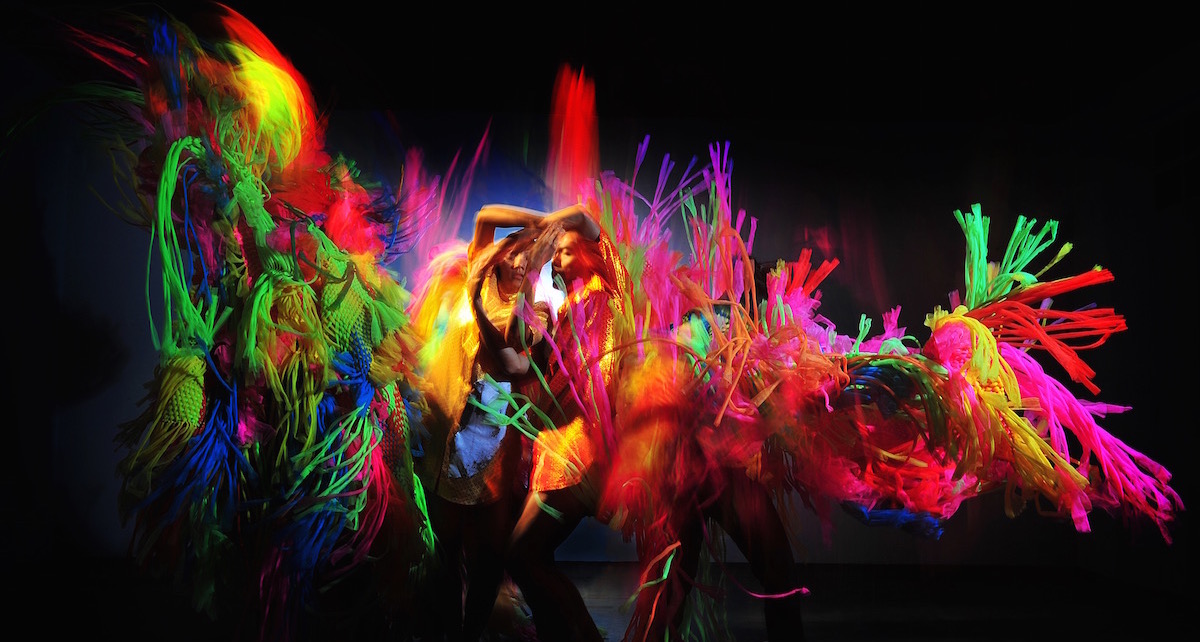 “Dance is a beautiful thing to program because it’s not language-based,” declares Stephen Armstrong, creative director of Asia-Pacific Triennial of Performing Arts (Asia TOPA). “So you’re not alienating an audience who might want to just throw their feet up at the end of the day and have it delivered to them and not have to work hard to read translated text. Also, it shares the really simple fact of the human body.”

As the first Asia TOPA kicks off across multiple venues and artforms in Melbourne this February, dance fans will be treated to an array of Asian and cross-cultural works, featuring everything from the monumentalist style of the National Ballet of China to the fluidity and experimentation of Lucy Guerin in collaboration with Indonesian “punk” duo Senyawa. It’s a bold and avowedly contemporary programme that challenges Euro-centric artistic boundaries and places 21st century Australian creativity firmly within the context of our geographic region.

Of the festival’s vision, Armstrong says, “When we look at the community that makes up Australia, we see many more cultures in our neighbourhoods, in our wedding photos and in our daily interactions with society than we do on our stages.”

Beneath this umbrella, dance takes centre stage. “You’re far more likely to have experienced some aspect of or some form of dance from another culture than you are, say, to have experienced drama from another culture,” Armstrong elaborates. “There’s something that connects us immediately and deeply and personally to anything that a performer does on stage through movement.”

Amongst all this freewheeling multi-cultural physicality, however, perhaps the most arresting item on the programme is the now legendary ballet Red Detachment Of Women. First performed in 1964, this was the National Ballet of China in its full Maoist bloom, severing ties with Russian influence to create the first purely Chinese ballet. The result is classic Communist Party propaganda, a tale of Red femme heroism that remains the most beloved ballet in China. Its appearance at Asia TOPA will be an Australian premiere.

The contradictions inherent in the history and continuing popularity of Red Detachment are the stuff of PhD theses. Indeed, they an essential part of what makes the work so fascinating. As Armstrong explains, “We can talk about the whole Cultural Revolution thing, but what I’m excited about is how the work transcends the motivation behind its creation because it is an amalgam of form. The fact the Chinese felt compelled, even at the height of their embrace of socialism, to have expertise in this highly aristocratic form from the West was really because the [Soviet] Russians did.”

Of course, the work is now an artefact. Stripped of its original political context, it survives as a paean to post-imperial Chinese modernism, whilst simultaneously exposing China’s deeply conflicted relationship with Europe and its reverence of folk forms and ancestral echoes. “There’s a nostalgic attachment to it to this day, which again means that the intention of it, to be a propaganda piece for one set of outcomes, has proven not to work,” Armstrong contends. “These days, it’s just as popular with free market advocates in China as it is among Chinese expatriates, many of whom have chosen not to live in China for political reasons.”

Elsewhere, of course, things are far less “revolutionary”; although you might well argue that Asia TOPA is looking to shift the form of what a festival is. The event has eschewed the idea of the single Artistic Director and indeed, along with Armstrong and his sidekick Kate Ben-Tovim, Chunky Move’s Anouk van Dijk and Dancehouse’s Angela Conquet have added their curative touches to the dance roster. The result is a smorgasbord that includes Chunky’s new work Anti-Gravity, two works from Indonesian choreographer Eko Supriyanto, Japanese solo performer Takeo Kawaguchi literally re-creating the work of the late butoh master Kazuo Ohno and the sublime Tao Dance Theater from Beijing.

Of the latter’s prime creator, Tao Ye, Armstrong waxes lyrical. “He really is quite a philosopher,” he states. “I’ve had the privilege of spending quite a bit of time with him personally, and he is an incredibly deep thinker.”

Amidst all the colour of collaboration and the spectacle of “exoticism”, there is something deeper at work with much of Asia TOPA’s programme, and this does have to do with the thread that runs through many Asian cultures. “Even contemporary artists, who see themselves as absolutely of the moment and international artists, have a depth of investigation and a reach that does suggest vast time,” Armstrong observes.

Putting aside token mysticism and the shallow lionisation of “otherness”, there does indeed exist both an aesthetic and a conceptualising around notions of time, progress and innovation that differs from what we in the West typically think of. Armstrong expresses it thus, “One of the things that we find when we explore cultures is that sometimes the more traditional a piece is or that the setting might be, the more contemporary it feels; because, in fact, the ritual has been inherited by the next generation because it has meaning and value, and that is in turn enhanced by the way that each generation approaches its delivery.”

Naturally, we could tease these ideas apart endlessly, and this, of course, is part of the invigorating beauty that Asia TOPA represents for performers and audiences alike. “There’s no going back after this,” Armstrong states. “Our culture cannot say that there’s no audience, that’s its irrelevant or too hard or that we don’t have a way in.”

Because, clearly, the door is ajar.

For more information on Asia TOPA and to book tickets, visit www.asiatopa.com.au.