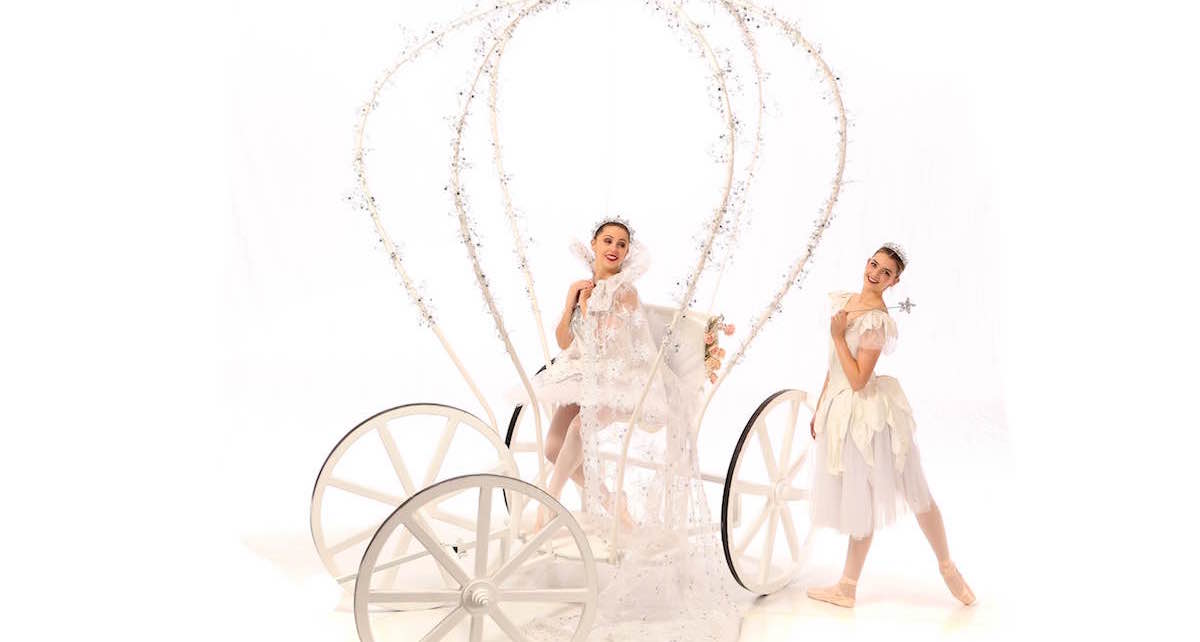 The end of 2016 was truly a remarkable time for the directors of Ecole Vocational Ballet and Contemporary Dance, Jane Allyn and Ashley Killar. The weekend of the 17th and 18th of December marked 20 years of exceptional work, turning students into pre-professional dancers and equipping them for their professional journey. With a performance of Cinderella, along with a gala and reunion, where many graduates across two decades came back together to reunite and celebrate, it was certainly a night to remember.

To commence was a full-length ballet of Cinderella presented for the very first time, displaying the great potential from all students of all levels. The students executed steps and sequences with outstanding technique and grace – in particular Phoebe Johnson as Cinderella and Jack Whiter as the Prince. Credit goes to Killar for his concept and choreography allowing each student to have a moment in the limelight – a difficult skill to master. The craft of storytelling was also prominent with romantic and comedic gestures tastefully delivered, and the collaboration between Allyn and Killar on the costumes, design and sets made each scene perfect for the tale. Oh, and one must not forget the fabulous magical carriage created by Florin Suciu. The three-act ballet was polished and well performed.

Following Cinderella was the Gala Retrospective of danced and recorded excerpts from Ecole’s past 20 years, which was introduced by former graduates, Lauren Vieira (accepted into the English National Ballet and Munich Ballet Academy and now current Director of Vieira Dance School of Excellence) and Jessica Steed (now Burton, who studied at the Rambert School of Ballet and Contemporary Dance). This section of the evening displayed: Katada by long-time member of faculty Kit Lethby; Coppelia (Swanhilda and Dr. Coppelius); Kitri’s Solo from Act Three of Don Quixote; a solo from Raymonda, Aurora’s Friends from Sleeping Beauty Act One; Migrations, choreographed by Killar; Russian character dance; Undertow, an HSC piece choreographed and performed by student Siobhan Lynch; a surprise comedic interpretation of Le Corsaire by Jason Lam (recipient of The Australian Ballet’s Dr. Ken Crichton Fellowship); and the incredibly mesmerising and engaging piece Touch, choreographed and performed by former graduate Hanna Nussbaumer, alongside guest partner Viktor Konvalinka (both are currently residing in Europe dancing with Norrdans).

Interjected between each piece were heartfelt video and photo messages from former students residing in Australia and abroad. Amongst the video messages included Alison McWhinney from London, who is debuting as Giselle with the English National Ballet; Dianne Grey, who works with Opera Graz; Jessica Lyall, who is currently working with the Danish Dance Theatre; and many more.

The finale, I’ve Got Rhythm, followed all of this, with some of the original Ecolians making a surprise appearance, such as John Hull, who has recently returned from New Zealand after many years working in England. It was a wonderful evening, and the fruits of Killar and Allyn’s hard work was truly evident – providing an excellent level of dance tuition to the students. With extended career credits, it is no wonder Ecole created many beautiful and talented dancers.

The success of Ecole comes as no surprise. At a glance, Killar’s dance career spans across four decades in three continents. Having trained with The Royal Ballet’s Junior and Senior Schools, he then went on to dance with Stuttgart Ballet, where John Cranko encouraged his first choreography. Years later, Killar worked with renowned companies in Europe and then embarked on a new journey to South Africa, where he became the Ballet Master for Pact Ballet, where many new doors then opened. Travelling back across the seas, he then went on to lead the Royal New Zealand Ballet as artistic director. In 1996, he crossed the shores one more time to direct Ecole Ballet in Sydney.

Allyn, co-director of Ecole and originally from England, migrated to Sydney with her parents. Following her early dance training, she completed her ballet training at The Royal Ballet School in London. After graduating, she was offered a contract with Cape Town City Ballet in South Africa, where she resided for 20 years and eventually married Killar and had their son, Tim. Allyn danced many roles and extensive repertoires alongside well-known dancers and choreographers. After a serious back injury, she then became a company teacher, working with two companies: NAPAC Dance Company, where she collaborated in training courses; and the Royal New Zealand Ballet. In addition, she was a guest teacher at many RAD and Cecchetti Summer Schools. In 1996, Allyn became the co-director of Ecole, preparing students for prestigious exams and international ballet competitions. Her talents also extend to her being the author of two books, Dance for Life and Portrait of a Ballerina.

Having reflected upon the evening, Allyn noted, “It was really wonderful to see so many former ‘Ecolians’. It was a night we will not forget and even a surprise ending with Jason Lam dancing Corsaire. John Hull, Jason Lam, Lauren Vieira, Elise Farrar and Jessica Steed secretly rehearsed the finale so they could join in with the other students. Former graduate and teacher Elise Farrar coordinated the evening and collated many messages from students, dancers, directors, friends and former colleagues in Australia, Europe, USA, UK and Russia to create a memory book that will be treasured.”

Former students reflected on the evening as well.

Elise Farrar said, “The evening was truly professional as always. The magic of ballet and the imagination instilled whilst at Ecole will be missed after training and then teaching with Ashley and Jane since 1999.”

“Ecole’s Gala was a very memorable night, full of emotion,” added Lauren Vieira. “It was a spectacular production of Cinderella, and I believe many ex-graduates who witnessed the Retrospective Gala were so proud to be Ecolians! I loved every second of it! Miss A and Mr. K went out with a bang!”

And Jason Lam said, “The reunion was a much anticipated night. We had started scheming for the surprise ending for about six months prior. I was a bit nervous to do my comedic solo. It’s been nine years since I was last on a stage, but it was great and well received. It was wonderful to see friends who I’d shared so much with back then and hadn’t seen in a decade or more.”

Congratulations to Killar and Allyn for all they have achieved, and we wish them well on their retirement.