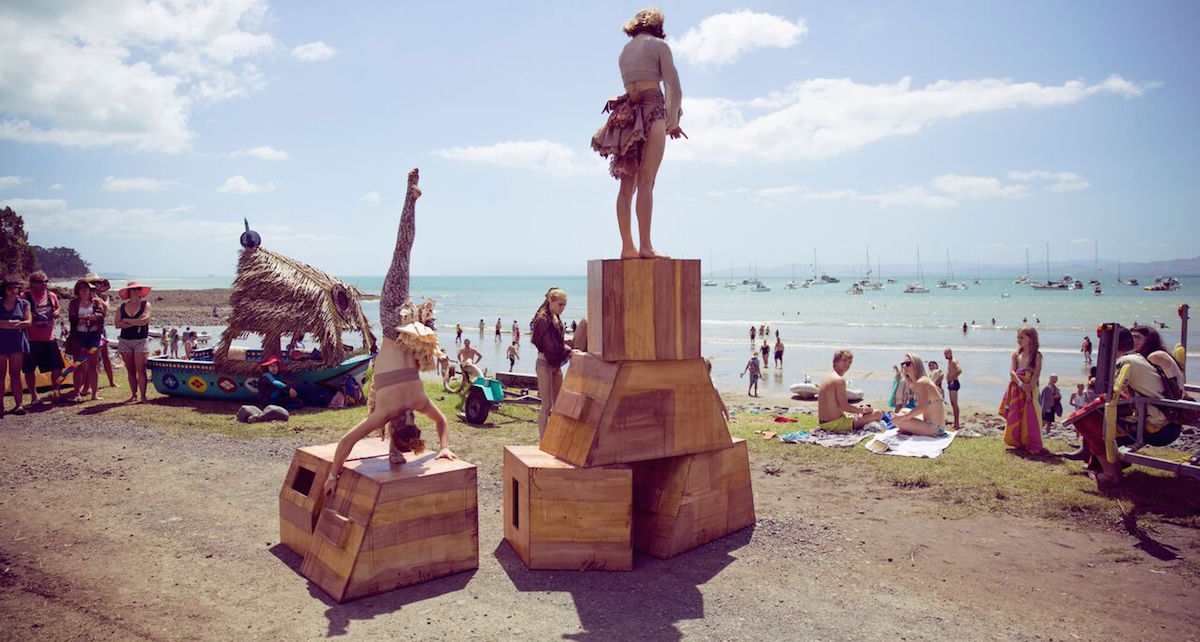 Creativity permeates life, whether or not you are aware of it. It’s the very essence of being human. The question is, what do you do with your creativity? Are you aware of it? Do you struggle to find it? Does it enhance your life, or leave you drained?

Here are five tips to bring more creativity into your life, use it productively, and lead you toward a more relaxed and fulfilling life.

Creativity doesn’t happen in a vacuum. You’ve probably heard the saying “there are no new ideas” or, as astronomer and cosmologist Carl Sagan put it, “If you want to make an apple pie from scratch, you must first invent the universe.”

What this means is that the act of being creative is to take existing knowledge or ideas and put them together in new ways. Every creative act you take has arisen as a response to the massive amounts of information you’ve absorbed since the moment you were born.

Use your prowess as a sponge to be even more creative by absorbing all kinds of information. Not necessarily with the intention of doing something specific with these influences but to fill the receptacle of your mind – and body – with more material.

People-watching is a fantastic way to observe movement patterns, to see how emotion is expressed through the body, and to imagine scenarios of human interaction that could be explored through choreography.

Talking, and really listening, to other people can also help you see things in new ways, or discover an issue that could be explored through dance. You don’t need to limit this to your family or friends. If you want to find that magic moment when two ideas collide, make sure you also talk to people who aren’t like you.

You can also absorb the ideas of others by reading books, going to lectures, flipping photo books or watching videos on Youtube. These can be from any field, not just dance or art. This will open you up to a much wider perspective. You’ll see that not everyone shares the same assumptions you have about life, or art, or politics.

Finding people who don’t share the same assumptions as you is critical, because you probably aren’t aware of the assumptions that help you to operate in this crazy, stimuli-filled world. While assumptions and other filters that help you to function are vital, it’s also useful to “pull the wool from your eyes” every now and then. It helps you to step outside of yourself and see things in a new way.

You can also find new ideas in the natural world. In the movement patterns of insect swarms, the patterns of shells you collect on the beach or the mating rituals of pigeons. These are just a few ideas, but they are endless.

You can also collect the things you find fascinating. In The Creative Habit, Twyla Tharp writes about having a box for each new project, where she puts things she finds interesting and relevant to what she’s working on. Devise your own system, whether it’s a scrapbook, a journal, browser bookmarks, Pinterest, lever arch folders…whatever works for you. When you’re looking for a trigger to get you past a creative block, pull out these collections to see if they spark an idea.

Absorption is a passive process, but you also need to do the more active work of pondering.

To counteract the “busyness” of life, set aside time for pondering and contemplation, like journaling, drawing, improvising movement or meditation.

Stream of consciousness writing is a great tool for revealing your unconscious thoughts, problem solving, stress reduction and improving mental health. Just start writing whatever comes into your head, and go with it. No need to edit or judge or try to make sense to anyone else.

A journal can also be used for observation. Record the things you see in the natural world or the human world. What does the breeze feel like, how has the season changed, what are those ants over there doing? Write about people you’re observing. What do you think is their back story? What do you notice about their hand gestures or how they make eye contact?

You can grab slivers of time from your daily life for pondering. The time you lay in bed just after waking, while you’re in the shower, while you’re stuck in traffic, while you’re waiting in line at the supermarket. Using these waiting times constructively for contemplation can be a great stress minimiser, too.

You might think of the creative process as being about freedom and an utter lack of boundaries. After all, aren’t we all told to “think outside the box”? Without the box, we are therefore unconstrained and free to create. Sorry, but that’s not really how it works. What we need is to have some boundaries to work within. As Orson Welles said, “The enemy of art is the absence of limitations.”

As humans, you are designed to operate by habit. Your whole life could be seen as a sequence of habits which guide you through an overwhelming number of possibilities. A habit is something that you do without really thinking about it. It happens almost automatically. You might feel as if you can’t control some habits, but creating rituals can be the first step in setting up the positive habits you want to ingrain into your life.

When you return to the same ritual over and over, it reinforces the habits involved in that ritual. When you have established a ritual, you are more likely to find yourself in a state of “flow”. “Flow” is a concept coined by psychologist Mihály Csíkszentmihályi to refer to a highly focused mental state where everything seems to flow easily.

The rituals you create to support your choreography and improve your life can be daily rituals, or rituals when you start a new creative project or celebrate a key milestone. Twyla Tharp notes that she has a ritual every day that begins with waking up, putting on her gym clothes, hailing a taxi and so on. She focuses on the first habit in the routine, and that sets her rolling toward the creative outcomes she wants. Your daily rituals can be those that get you started each day, those that help you get over the difficult parts of the day (like the 3 o’clock slump) and how you end each day.

There will probably always be at least a moment in any creative project when you wonder what you’re doing, and if you are capable of pulling it off. This is when many may give up. But when you understand that being confused and lost is part of the process, it becomes a bit less scary. Be wary of procrastination, negative self-talk, unnecessary worry and judging yourself for feeling confused.

Pablo Picasso said, “The act of creation is first of all an act of destruction.” It means that first you have to knock down “the known”, and go through a period of confusion and chaos, before you can synthesise something new.

You may have spent time generating lots of movement material, and then you look at it all and wonder how to put it together to communicate your message to the audience, but you’ve got no idea how to do that. It’s okay. This is the point where you step back and start sorting through the puzzle. Trying this, and trying that, until finally you have something that makes sense.

Just know that when you reach that stage of confusion, you are on track. This is the catalyst for finding a new direction. If you are afraid of confusion, you’ll just be pumping out the same old stuff. Your fear of getting lost will mean you are stuck in the same place you always were.

When you are confused, take some time out. Think about what is confusing you. Feel free to write about it, or to talk to a trusted friend or mentor. Remember what you are investigating, and open yourself to the outcome.

Creativity is as much about “pruning” as generating ideas. In the garden, you need to cut off the spent flowers or the plant will keep putting energy into the flower that is dying, instead of into new growth.

Critically examining your work yourself is a great start, but it’s enormously helpful to seek feedback from others. Seek advice from experienced choreographers, as well as from people who aren’t immersed in the world of dance. The latter don’t have all the assumptions that you have, as a person well-versed in the tricks and techniques of dance composition and interpretation. It can be hard to accept criticism when you ask for feedback. Humans are sensitive, and criticism can be taken as a failure. But if you are really open to it, you’ll learn and improve.

In his book, Creativity, Inc, co-founder of Pixar Ed Catmull talks about how candour has played such an important role in Pixar’s success. One of their secrets is their “Brains Trust”, which meets every few months to assess each movie they are making. He says, “Early on, all of our movies suck. Pixar films are not good at first, and our job is to make them go ‘from suck to not-suck’.”

Catmull describes how it is natural when you are creating something to become the project, and lose perspective. So it’s important to get external feedback. At Pixar, the Brains Trust has no authority. They are there to provide feedback, but the director does not have to follow any of the suggestions given. It’s the same when you are seeking feedback on your creative project. Remember to receive the feedback (in other words, listen instead of blocking out criticism), reflect upon it, and decide whether you wish to take it on board.

These are just five ways you can become a more creative choreographer, and a more creative and centred human being. Like creativity itself, there are endless ways that you can incorporate creativity into your life, but it can seem overwhelming if you try to do them all at once. So start with these five things, and see if they can make a different to your creative output this year.