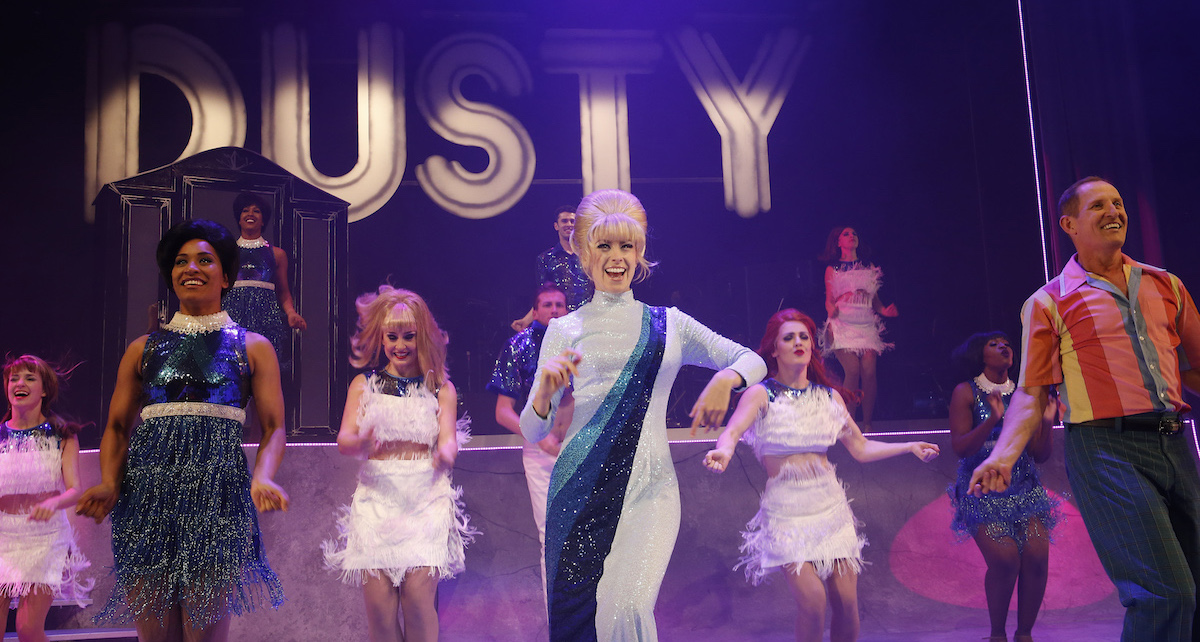 If you love ’60s music and are looking for an energetic, entertaining evening at the theatre, Dusty the Musical is the show for you.

Blonde bombshell Dusty Springfield was responsible for iconic ’60s songs like “I Only Want to Be With You”, “Wishin’ and Hopin’”, “The Look of Love”, “I Just Don’t Know What to Do With Myself” and “Son of a Preacher Man”.

What an epic score for a musical! The show is a brilliant creation by Australian writers John-Michael Howson, David Mitchell and Melvyn Morrow. Telling the story of one of the most celebrated female musical talents of all time, writing Dusty the Musical must have been a daunting task, but the result does not disappoint.

The talented Amy Lehpamer, who recently starred as Maria in The Sound of Music, was born for the role. She embodied Dusty, her unique sound and mannerisms, and brought her era and struggles to life with passion and commitment.

Dusty’s story is one of highs and lows, triumph and tragedy, as Dusty continually tried to break the mold, reach for a new sound and become a star, all while grappling an inner battle with self-worth and perfectionism. Her constant struggle to love herself affected her relationships, and as she enjoyed career success, her personal life was a messy blur, flued by alcohol abuse.

Baylie Carson as a young, red-headed Mary O’Brien (Dusty’s younger self) was charming and engaging – and boy, can she sing!  The relationship between Mary and Dusty was well written and relatable, and particularly poignant in Dusty’s brilliantly delivered death scene.

Chloe Zuel played Reno, representing Dusty’s several female love interests in one. Zuel was convincing in the role with dynamic powerhouse vocals. Her opening scene, delivering Dancing in the Streets, had us all wide-eyed. She was phenomenal.

The choreography by Michael Ralph was perfect for the era and had us all go-go dancing in our seats. Ralph skillfully displayed the difference between the more rigid dancing of the UK with the fluid and soulful moves of the U.S. during that time, as the Motown Movement bled into the UK, many thanks to Dusty, who introduced many U.S. musical talents to British audiences. The cast were energetic and hard-hitting.

Although a sad story in many ways, Dusty the Musical had us leaving the theatre triumphant, feeling that Dusty came to terms with her struggles and was finally proud of her achievements and content with her choices. Her music inspired a generation and continues to feature in the soundtrack of many of our lives.