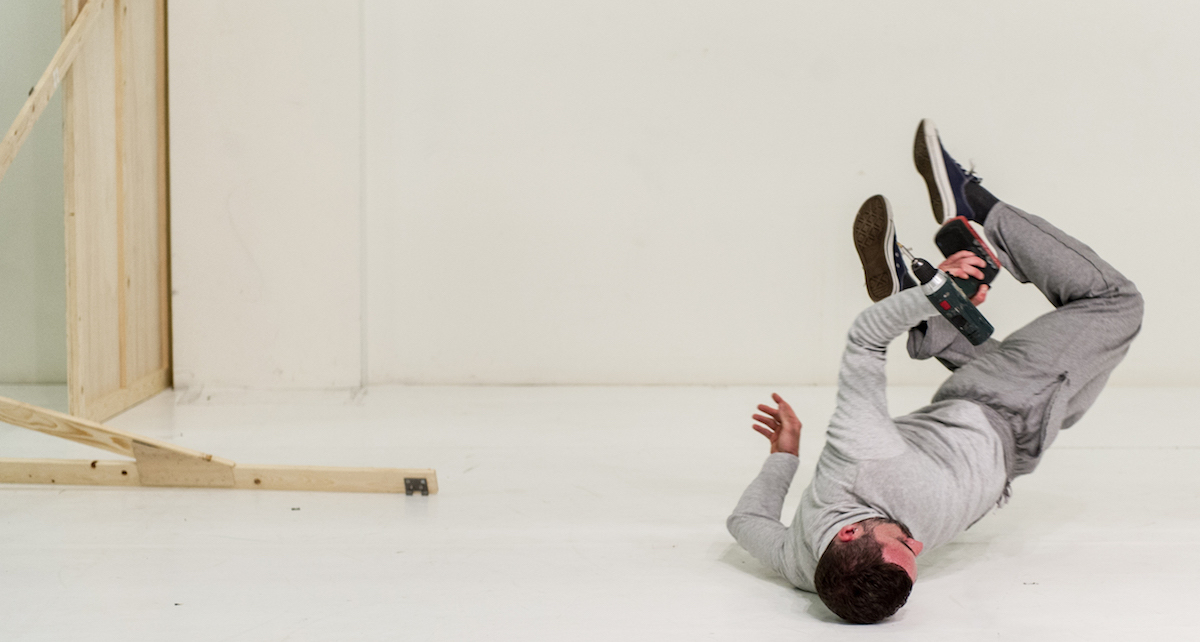 Every one of us has a way of doing things, a kind of routine for living. This “comfort zone” is where we spend the majority of our time; but what if we were to disrupt that and to do so deliberately?

Dancemaker Matthew Day is doing just that, breaking the mould of a practise that has taken him from teenage ballroom champion to contemporary stages across Europe and Australia. Based in both Melbourne and Amsterdam, he is the current Dancehouse artist in residence and this month will launch a new series of works with his avowedly experimental solo, Assemblage #1. 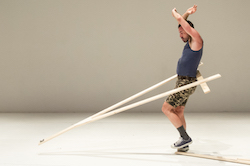 “I realised that I was in a particular rhythm, and I wanted to break that,” he says. “It takes time, and it takes getting lost and exposing yourself to different things. It’s terrifying. It feels like the ground disappears. But, I think, I wouldn’t want it any other way.”

Whilst this is a fine thing to declare, the question remains: how to execute this? “It’s really about an attitude of experimentation and practising,” Day explains. “It’s a daily practise, and it’s about taking time and being experimental and not settling. This work hasn’t settled and it won’t settle, which is partly why the title is Assemblage number one. The idea is that the same work will become a series of unsettled performances.”

This process of fluidity is already in train. As Day reveals, “Just today, I’m reconsidering how I want to set up the room, where I want the seating. I’m constantly challenging how set the work gets. I would love that as I keep performing this over the next few years, that it takes on formats that I haven’t yet imagined.”

None of this, however, should be read as a naive improvisational mantra. Assemblage #1 is rooted in solidly formed ideas and questions and, in some ways, can be seen as an evolution of Day’s desire to play with fixed notions of space. “It’s always exciting when you see someone transgressing the purpose of a space,” he declares. “You come into the space and go, ‘Alright, this is the specific space, how can I do something with this through choreographing it?’ It’s about kind of giving it a different potential.” 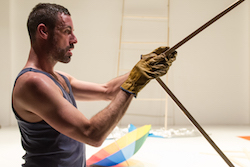 Taking inspiration from the way that skaters and parkour runners commandeer space for entirely different and often subversive purposes, Day is interested in how this attitude might map onto the performative grammar of contemporary dance. “That’s one of the key questions of this project,” he states. “I’ve been working on this for the last few years, and it marks a bit of a departure from my previous works. They treated the theatre apparatus itself as the site. My last piece, Intermission, worked with this idea of the black box. This new series deals more with architecture, the building itself. Yes, it’s a theatre or a gallery or even an outdoor space, but what is the actual real architecture of that space, and how do I deal with the reality of it, or work against it?”

References to architecture are everywhere in this work, as the notion of “assemblage” suggests. Day also maintains, however, an ongoing fascination with visual arts, and this also finds its way into the basic construction of the work. “For me, there’s a [Robert] Rauschenberg kind of direction, but there’s also some philosophical stuff that I’m pretty into; and then also it kind of feels like what I’m doing in the studio is bringing things together temporarily. You know, like making temporary constructions that dissolve and then re-assemble elsewhere.”

In order to make real his desire for unsettled forms, Day is presenting the work in two formats: firstly as a regular hour-long performance with seating and secondly as a three-hour durational event without seating. 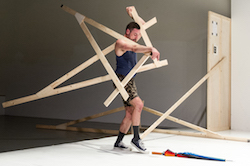 All this talk of flux and construction aside, there remains the fact of audience. As spectators, we are very much part of the entirety of both the ceremony and the space. With a solo work as conceptual as Assemblage #1, there is the very real possibility of an audience feeling lost. Taking this on board, Day is frank and says, “I don’t know if I do want them to read the work.”

Rather than simply being obscure, however, he is both accepting and reflecting the ambiguities that we all live with every single day. “Okay, sure, there will be reading and there are little micro meanings within the work, things mean things, but not really,” he says. “It’s more about how it unfolds. About materiality and processes and accidents and failures. I think it can be a kind of encounter. There’s another kind of ‘sense-making’, not just this straightforward ‘aboutness’. If there’s anything I’m investigating, it’s alternatives because that’s how the world works 90 percent of the time.”

Thus, for both creator and observer, Assemblage #1 will be a start point, a place to begin, a space that invites a new kind of movement. The challenge for us, as an audience, is to be as prepared as Day is to break with the comfort of the usual.