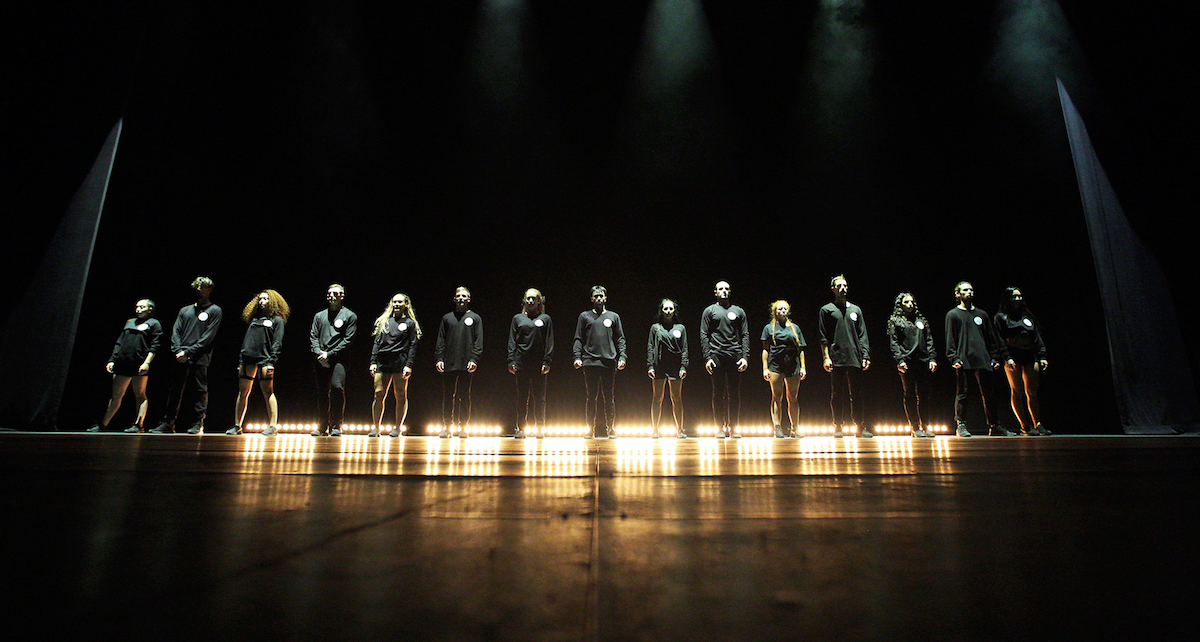 “It’s the longest apprenticeship in the world,” declares Marko Panzic, dancer, choreographer and the man behind the Sydney-based Dream Dance Company.

He could even be referring to his own incredibly busy and many faceted career in dance. From SYTYCD top 20 finalist in 2008 to working with music icons like Ricky Martin, Kylie and Seal, to becoming the Artistic Director of the Australian Dance Festival in 2012 and kickstarting Dream in 2014, Panzic has barely stopped working at both the craft and the business.

“I remember being in a studio in New York, and I saw a man in a corner on a ballet barre and he would have been in his 50s or 60s and I thought, ‘My God, look at him’,” Panzic recalls. “Then he came and sat down, and it was Baryshnikov. It blew my mind because here was one of the greatest dancers ever, and he was still training. That’s the thing with many of the arts. You’re never a master.”

This realisation, combined with an obvious energy, is a big driver for Panzic. “I’ve never reached a point where I’m content and I’m happy and comfortable. I think it’s instilled in anyone in the arts that you’re only as good as your last gig, so it kinda keeps you pushing to the next and the next. It sounds unhealthy but, y’know, you’re always trying to move forward.”

As it is for many of us in Australia, one of Panzic’s key missions is to make the artform more viable for performers and producers alike and to keep live dance happening. Dream Dance Company was created as a platform for local performers to get paid work and for new audiences to be drawn to the theatre to watch them.

“I think I heard that dancing is the third most popular activity for kids now,” Panzic explains, quoting the now familiar stat that behind football codes and swimming, dance is number three on the participation hitlist. “So it’s kind of like with all the money people invest in it and the competitions and the courses, I feel like it’s my responsibility to look after the endless amount of kids who are graduating from places.”

Where Panzic and the Dream Dance Company differ from much 0f the dance ecosystem is in their embrace of the term “commercial”. Indeed, Dream is proudly billed as Australia’s first commercial dance company. Drilling into what that means, Panzic suggests that commercial dance is “like what you might see on TV”. As a self-professed realist, though, he is quick to add, “It is kind of looked down upon. You know, it’s like pop music to Triple J.”

He takes any elitist eyebrow raising with a shrug, however. “Dance as a whole has evolved because styles are so integrated,” he argues. “Once upon a time, there was strict contemporary, ballet, jazz, hip hop; everything was so segregated, but nowadays, especially in Australia, people are much more versatile.”

Sensing this, and seeing a gap in the market, Panzic was inspired to create Dream after he directed a five-minute showcase piece at the 2014 Australian Dance Festival. “I heard the crowd, and the producer in me went, ‘This is a really good idea’ to have a company made up of all different types of mature, adult dancers. So, I basically put my money where my mouth is,” he states. “We were just going to do one show in Sydney and see where it went, but once the show opened it was kind of just like a snowball rolling downhill with me chasing after it.”

Two years on and both Panzic and the company he founded were back at the Australian Dance Festival, and Dream is touring it’s second fully fledged show, The Secret Society, choreographed by U.S. performer and dance maker Candace Brown.

“It’s still a personally run company,” Panzic points out. “You know, it’s not government funded, and it doesn’t have a Board. But even so, first and foremost, the most important thing is to pay the dancers.”

In a tight and competitive market like Australia, this is no mean feat. In addition, the significance of it is somewhat amplified by the slew of graduates emerging from dance courses every year. As Panzic observes, “If I’m a parent paying top dollar, I want to know if there’s a career in it. You know, I’ve had dads come up to me after shows and shake my hand and say, ‘Oh my, I now see that there’s a career for my daughter’!”

Beneath all the hectic activity, however, is the personal. At 31, Panzic has already ridden the swings and roundabouts of working as a creative in this country. “Once you wake up and you no longer love it and you don’t have the passion, then you need to walk away,” he says. “Especially in the arts … because the bitterness and all that comes in.”

That said, he cheerfully notes that his own passion is very much intact. “I want to create a platform in Australia so that we can use commercial dancers and get them paid to do what they love.”

For tickets to ‘The Secret Society’ on the Gold Coast in January, visit Thedreamdancecompany.com/tourdates.