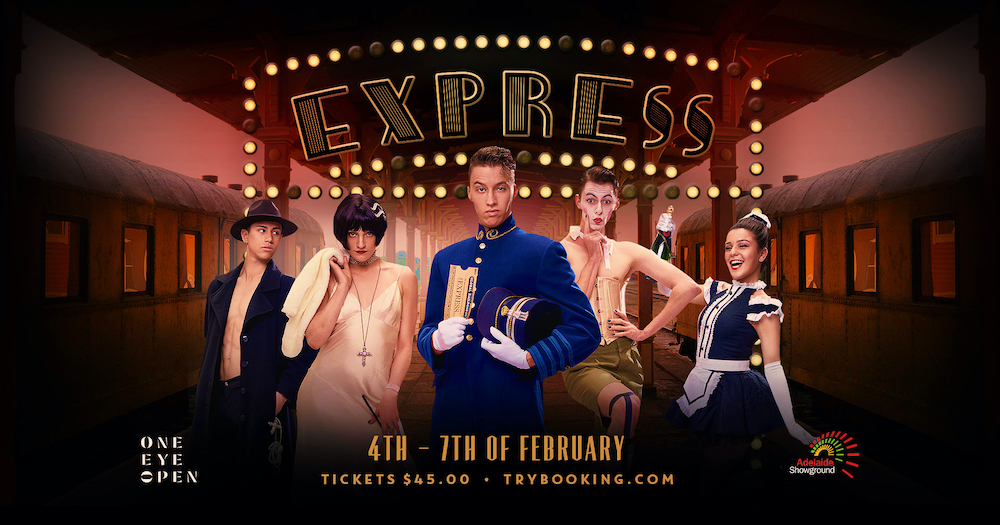 A world without live art might seem like no big deal to the Netflix loving content streamer. To those involved in the enterprise of theatre, however, the quiet stages and empty auditoriums of COVID are more than either an inconvenience or irrelevance.

Indeed, for the performing arts, and those in and around it, the mass cancellation of just about everything since last March has come as an existential interruption. In the strained political and fiscal climate of post-corona isolationism, the sector has been forced to confront core issues about its viability, cultural and economic.

As Kim Grant-Taylor says, “To be an artist, you’ve got to be tough.”

This has perhaps always been truer in the Australian context, where a small, geographically distant audience and a culture more enamoured of sport and video streaming have ensured that most people working in performance live with what choreographer Stephanie Lake once called ‘a low level hum of background panic.’

However, rather than singing out for rescue or pity, a newly established Adelaide-based company is looking to take a more DIY approach. One Eye Open was created by Grant-Taylor and the Australian Company of Performing Arts (ACPA) to generate paid work and performance opportunities for cast and crew. Encouraged by the success of the model used by Marko Panzic with the Dream Dance Company in Sydney, Grant-Taylor and Co have set their sights on nurturing their own self-sustaining ecosystem of performance.

“We’re [ACPA] in training, we push young people out there to live their dream, and so I think that was the one thing that pushed us to start One Eye Open,” she declares. “Just talking to all these passionate young people who have had a taste, they’ve had a tour or a big show and now they have zero; that was the big push for us.”

Crucially, the One Eye vision is fully professional. Thus, whilst working for love (free) or getting mates’ rates is not unusual for performers, Grant-Taylor insists that, as a training provider seeking to enable young professionals, ACPA takes the economy of artistry seriously. “We wanted to invest in these young artists, in hanging on and not giving up,” she states. “We actually invested upward of $60,000, and we’ve classed ourselves as not-for-profit because we don’t think in any shape that we’re going to get that money back.”

She soon puts this into its broader context. “In their training, we tell students that they’re young professionals and they deserve to be paid, so in that fashion, we certainly do not want to offer them the work and then pay them in an unprofessional manner.”

For one-time ACPA student Olivia Schultz, a return to Adelaide from Sydney and a post-graduation pandemic pause was emblematic of the reality faced by many young dancers last year. Having just completed her Musical Theatre certificate, she was preparing herself for the audition run. “2020 was supposed to be the year of, I suppose, hustling and trying to nail that job, but unfortunately that couldn’t happen,” she recalls. “That was quite upsetting for the first months of the year. There was a while when me and a lot of my friends felt perhaps lost, and we weren’t really sure what we wanted to do, or if there was something else we should do.”

Fast forward out of lockdown introspection, and Schultz now finds herself in the final throes of rehearsing Express, a cabaret/variety style ensemble show created and produced by One Eye Open, premiering early February at the Adelaide Showground. “I’m getting, like, nerves again,” she admits. “I think what I’m praying for is that moment when I step foot on that stage and, you know, getting all sweaty after a routine. In that moment, I don’t really know how I’ll feel; it could be quite overwhelming. It could be a moment that I’ll remember forever.”

Express is, at heart, a solution. It is a proactive response to a situation of continuing uncertainty. As Grant-Taylor explains, it is an attempt to address financial and psychological stresses. Dance training, she contends, is most often “neck down”, but of late, ACPA has employed a psychologist to help with the mental side of life in a precarious industry.

“Hope is the biggest thing,” Grant-Taylor argues. “You know, this is kind of like our off-Broadway start, but of course we want to take this to the next level.”

Schultz reflects this. Thinking back to the darker days of lockdown, she notes, “It’s made people realise what they want to do. Last year gave me time to reflect on that, and also have a little bit of a break, so now I feel ready to get back into work and go full force ahead.”

As for Express itself, it’s something of an escape from the fraught and fractious world of viral drama and outbreak shock. As its producer/director says, “We’ve got a bit of tongue-of-cheek, you know, a bit of cross-dressing…It’s based around a 1950s Orient Express style train, and we stop at a number of ports and have a number of different personalities and characters; so it really is a montage of lots of styles of dance. There’s a lot of post-modern jukebox style in there, but it blends in with old school funk, street, tap, jazz, blues and crossing over toward hip hop.”

As one of the train’s dancing ‘passengers’, Schultz is simply glad to be on board. “It feels like this is what I’m supposed to be doing, and I wished I could have been doing it sooner.”

Express will be presented at Adelaide Showground: Thomas Edmond Studio from 4 – 7 February. For tickets, visit www.trybooking.com.