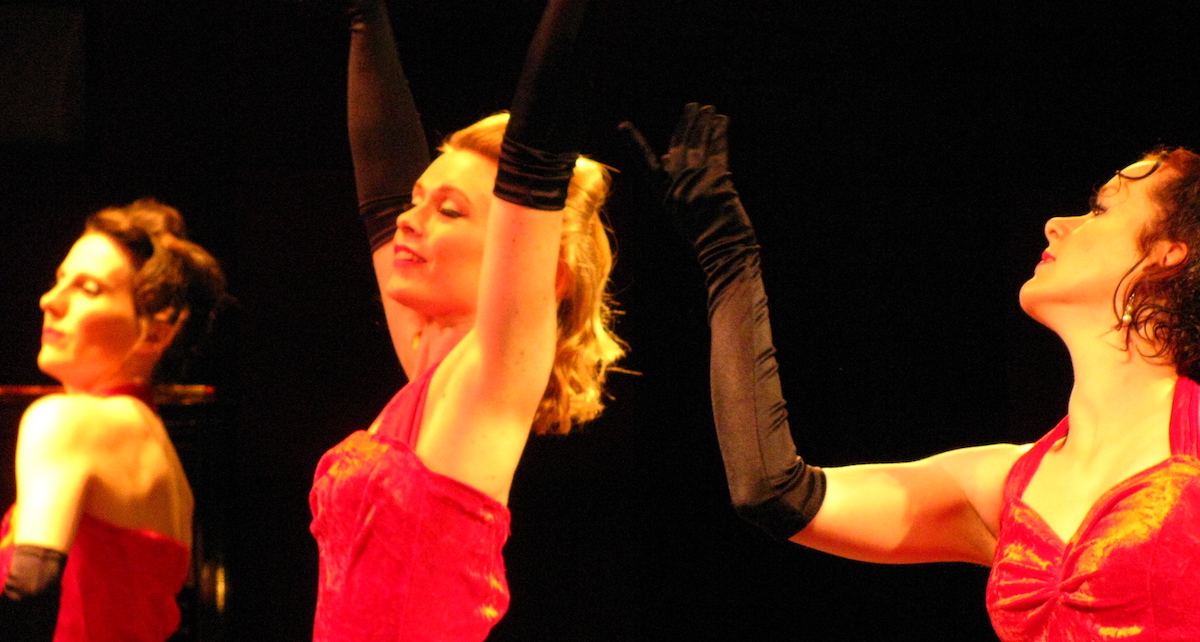 I’ve been fortunate to have had two sell-out dance shows in the Adelaide Fringe Festival, and so here I share some of the things that helped me do that. It is by no means a comprehensive guide, but it provides some tips to get you started and to find out more information.

Before you jump into doing a Fringe show, you need to know why you’re doing it. If you’re an amateur or pro-am artist, a Fringe show can be a lot of fun, give you chance to get in amongst the hustle and bustle of it all, show your family and friends what you do, and you get to experience what it’s like to be a professional artist, even if only for a week or two. But if you are a professional artist, you may be more concerned with building your reputation, connecting with other artists, promoters and booking agents, road testing an idea, or getting good reviews and press.

Once you know why you’re doing a Fringe show, you’ll know where to channel your energy, and you’ll be able to make sure that everyone else involved in your show is on the same page as you.

Registrations for most Fringe Festivals close months before the festival itself. At that time, you’ll have to submit your images and copy, venue, dates and times, and pricing.  So you’ll need to get started planning well before the registration closing date to have sufficient time to finalise these details. I’ve always found that it’s a good idea to start a year out, even if that just means setting out your broad timeline so nothing sneaks up on you. Your timeline might include milestones around when you complete your budget and marketing plan, when you start rehearsals, when you confirm your venue, and how you’ll pull your production team together.

#3. Get lots of people involved.

Whether you’re putting on a solo show or an ensemble, it helps to have other people on the journey with you who can help you with sharing information about your show on social media, handing out fliers, talking to people, and generally spreading the word. A show with a big cast is more likely to draw a larger audience, as there are more people to spread the word. But even if you have a small cast or a solo work, you can enlist others to help you spread the word. This might be through social media or hitting the streets to give out fliers and talk to people.

A Fringe show is pretty exciting to people who aren’t involved in the dance or arts world, and lots of people will be flattered if you ask them to help you out. If asking for help, make sure you frame your request around what they’ll get out of helping you. In other words, make sure you’re clear with them about “what’s in it for them”, and what you need from them in return. You’d be surprised what can motivate other people. It’s not all about tangible things that you give them. It’s about the experience you’re offering, like being part of a Fringe support team. Some people feel good about themselves when they are helping others, so helping you out might make them feel good about themselves, which can be a strong motivator.

You can also team up with other Fringe artists to promote each other’s shows. Whether this is sharing each other’s posts about your shows on Facebook, reciprocal tweeting, handing out each other’s fliers, or even sharing printing or advertising costs for a shared flier or press ad.

#4. Think beyond the box office.

You’ll probably need more than ticket sales to fund your show, from a profit and a cash flow perspective. In terms of profit, it’s unlikely that your ticket sales will cover the costs, especially since you’ll be competing with so many other shows, and tickets for Fringe shows are typically quite cheap. From a cash flow perspective, you’ll need to pay for plenty of things, including the Fringe registration fee, promotional costs and venue hire before you sell a single ticket. The best way to cover these early costs is to diversify your income streams. In other words, get money from different sources, which could include fundraising, crowd-funding, sponsorship and grants.

Some of the fundraising strategies that have worked for me include quiz nights, movie nights, selling fundraising items (like chocolates, flower bulbs, plants), and sausage sizzles (a Bunnings sausage sizzle can bring in a surprising amount of money). As you can imagine, this is where getting organised early comes in, as you’ll need time to roll each of these different fundraisers out over a period of time, and you’ll need to book things in.

Crowd-funding is a great way to get donations. In my experience, crowd-funding is vastly more successful than seeking donations for tax deductibility, perhaps because crowd-funding offers donors something specific in return, even if it’s just a shout out on Facebook. You can’t offer any benefits to someone who is getting a tax deduction for their donation.

Sponsorship and grants are another avenue, although a little more tricky to secure. By the way, you can offer special packages for businesses as part of a crowd-funding campaign, which can actually be easier to secure than a “sponsorship”.

You’re an artist, so you might not really like the idea of working with numbers, and might even find the idea of worrying about money somewhat repugnant. Sorry to be blunt, but get over it! It doesn’t mean you have to do all the number crunching yourself, but you do need to know what things are going to cost and how you’re going to cover those costs. It costs a lot more to put on a Fringe show than most people expect. 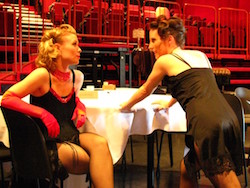 It doesn’t matter if you’re putting on a solo show, working in a collective, or staging an amateur show and don’t have to pay performers; you’ll still have quite a lot to pay for. Obviously, there is venue hire and marketing. There are also other production costs, such as equipment hire, costumes, sets, props.  You may need to pay for studio space to develop and rehearse your show. And there will be people costs, whether you hire your own tech team or you’re paying for the venue’s tech people. There are other costs you might not expect like ticketing costs and music licensing. If you are involved in a Fringe show out of town, you’ll also have accommodation and transport costs. And don’t forget insurance and a contingency. A contingency is a small amount of your total expected expenditure (around five percent) that you build into your expenses to cover anything unexpected, including expense blowouts.

Overestimate your expenses and underestimate your income. Keep revising your budget as you go. If you’ve been generous in calculating the expenses, you’ll have room to cut back if you don’t meet your income targets. Ideally, you also need to have an acceptable loss. This means, if your project ends up costing more than the amount of money you raise through ticket sales and other income, you know what you can afford to cover. This may come from your own pocket, or from the combined pockets of the cast, or you might seek a “guarantee against loss” from local government, another funding source, or your supporters.

#6. Make the most of the support offered by the Fringe Festival itself.

While the Fringe Festival itself isn’t responsible for making sure you get people to your show, or finding a venue for you, or doing the marketing, it does provide lots of support. Most Fringe Festivals offer written guides on how to make your show a success, which cover finding a venue, promoting your show, putting together a budget and legal issues. They also offer plenty of promotional opportunities, including pop-up performances, street parades, spotlight opportunities and more.

Advertising via the Fringe Festival channels, which includes the Fringe Guide, its website and email blasts, is relatively inexpensive and much more targeted than advertising in the press. They probably also offer information sessions, launches and opportunities to network with other Fringe artists and industry types. And finally, the Fringe staff are always there to offer advice or connect you with other people who can give you guidance.

Being part of a Fringe Festival is an amazing experience. There are Fringe Festivals all across Australia, and they provide a great opportunity for choreographers and small dance companies to present work. They can be stressful and exhausting, so make sure you give yourself a good head start with early and thorough planning, being clear about why you’re doing it, building in safeguards and buffers, and getting plenty of support.